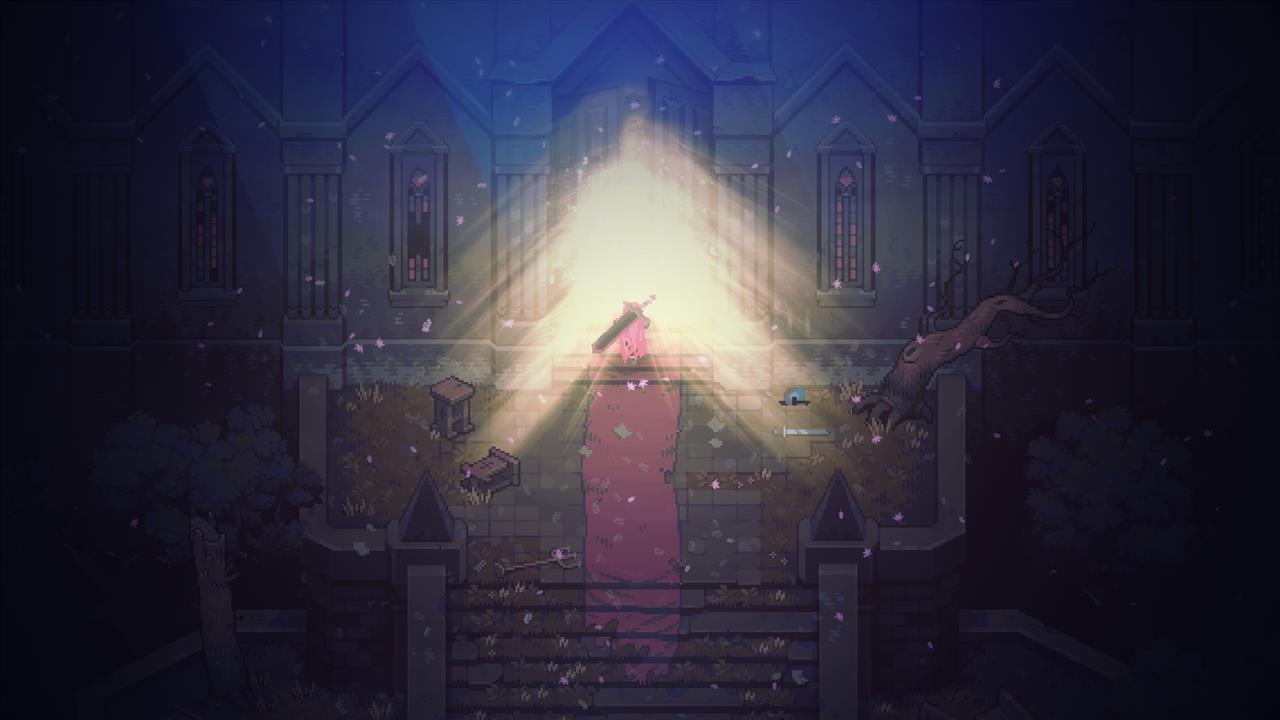 Eldest Souls could be my ticket into the world of Dark Souls-like games. Even though I grow more and more uncertain of that moniker ("Souls-like") the further we get into the decade since Dark Souls launched in 2011. I don't have a problem with labels. Phrases like Metroidvania and roguelike and Souls-like are all fine to me—despite the inconsistent use of portmanteau, upper and lowercase, hyphens or no. Ten years ago we would've still just called these "action games" plus "hard." I think we're much better off with the language that has emerged and evolved around these different styles of gameplay in which "hard action game" would be wildly insufficient.

But Eldest Souls has the trappings of a Souls-like. Deliberate, stuck-in-your-animation, timing-based combat. The boss rush aspect may be a part of the genre, too. I'm particularly drawn to the gorgeous pixel art. Try as I might, I'm still far less interested in far more common polygonal art styles. But with a name like Eldest Souls, developer Fallen Flag Studio is proudly wearing its influences on its sleeve, despite the game being an SEO nightmare. I'm not sure they could've come up with a more generic-sounding name for a Souls-like if they tried.

This trailer announces Eldest Souls is coming to the Switch. It was already slated for a broad 2020 launch on PC. As with anything supposedly happening in 2020, due to the COVID-19 coronavirus and shelter-in-place instructions from a lot of the globe's world leaders, let's all just take a deep breath and come to a mutual understanding that things are pushed back a bit. My hope is that a smaller, first-time developer like Fallen Flag Studio has the capital and capability to come out of this on the other end, landing on their feet, if I may mix metaphors a little.

In the video we see our red-cloaked hero brandishing a blade wider than a pizza pan, and flexing gluteal muscles to die for. It's a dark and stormy night, we've got a big castle, and a hint that people with even bigger swords have already been here before and failed. There are fall leaves and worn brick paths, neon-glowing science labs and very big telescopes, wooden creatures with wooden bows found deep in the woods, and cyborg blacksmiths that are just barely more man than machine. Watch how our hero's sword swings, though, and admire the startlingly high-frame-rate smoothness of it all. There are big bosses dealing big damage, battle arenas constricting your dashes, and bullet-hell bubbles coasting all too slowly across the screen. And it looks as though a one-eyed beholder-like creature is at the heart of your quest. Fantastic looking.