Sports are canceled, social distancing rules are in effect, and work-from-home policies are being activated nationwide. You've basically just described a gaming utopia. Amidst the unprecedented times we're living in and the compulsion to self-quarantine, we have to ask: 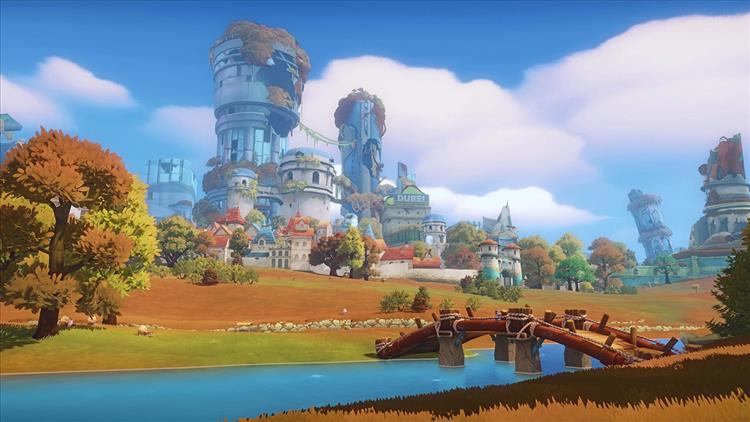 Eric Hauter
I live in an area that has gone into moderate lockdown mode. With everything in the area either cancelled or closed—and you can only spend so much time in the grocery store madness—my family is quickly turning to video games as a way to prevent going crazy.

My littler kids, who have abundant and endless energy, have zeroed in on Just Dance 2020 on the Stadia. Since we aren’t able to go to any of the “fun places” that they like to visit when off school (and they are off for at least a month!), they needed a way to burn off excess energy. Just Dance 2020 allows the kids to tap into the World Dance Competition, which allows them to dance in tandem with thousands of dancers all around the world, and just stand there twitching in the living room while the energy melts away.

For my part, I’ve been digging in pretty deeply on My Time at Portia. I first got the game as part of a Humble Bundle, and after spending a few hours playing it, I decided to pick up another copy on PS4. This is the sort of game that requires laying on the sofa. Portia’s steady day/night rhythms and no-pressure gameplay are just what the doctor ordered to help ease my rather significant anxiety. I could literally just sit there all day and play Portia. It’s an amazing game.

My 17-year-old was scheduled to visit us from the Bay Area for spring break, but due to the current airline nightmare, we decided to forgo the visit. That has us looking to PS VR as a method for us to spend time together. We’re big Korix fans, so I’m sure we will dip back into that classic strategy title soon (it’s our VR comfort food). I also thought that we might dip back into Rec Room. It’s been about a year, so it’ll be neat to see how far the game has come. It’s been a while since we ran any missions on Star Trek: Bridge Crew, so that might be worth a look as well.

My oldest son has strangely turned to the free-to-play MOBA Smite since his university (and volleyball season) were cancelled. “Smite?” I asked. “Really? Not the new Call of Duty battle royale? Or Apex? Or Dauntless?” “Nope,” he replied. “All in on Smite. All Smite, all the time. Stayed up for like 30 hours playing it.” To each his own.

Randy Kalista
I stepped out into 15 minutes of unexpected non-stick snow in Southern Oregon before heading back indoors and hunkering down for the final chapter of Kentucky Route Zero: TV Edition. I've got food in the freezer and dry goods in the pantry, but hardly any toilet paper at all because I'm one of those weirdos that switched to bidets years ago. Best of luck to parents who suddenly find themselves homeschooling for the first time ever. One tip from an already homeschooling parent: you don't have to sit at a desk all day. We snuggle up with our young'un on the couch during math (a subject that's full of tears and heartache), or, dare I say, we gather around the dining table for the ethical "Trolley Problem" that can be found in a round of Pandemic. It's not back-to-back lessons, though. We're going to be playing a lot of good ol' Skyrim, too.

Adventure games—the point-and-click kind—have always had a soft spot in my heart, even as my heart has hardened to other genres. Yet I'm often looking for something more from my adventure games. I grew up in the era of King's Quest and Roger Wilco, when Sierra Entertainment was more than happy to leave me wandering through screen after screen of endless, dry desert until I died. Those games were terrible, but I didn't know any better. Now, in Kentucky Route Zero, instead of sketching out maps on a steno pad, I'm building in-game narratives with song lyrics, watching my protagonist literally get worked to the bone, and reviewing the State of the Nation over the course of this game's seven-year development cycle. We've come a long way from the "guess the Rube Goldberg solutions to these point-and-clicker puzzles" days of yore, thank goodness.

John Yan
With Half-Life: Alyx coming soon, I decided to get my VR setup ready. I haven't used my Valve Index as much as I wanted to since I've had surgery done to my eyes, but with some 3D-printed lens holders and cheap Zenni glasses, I can now see well in my Index.

So I am back in the two Bethesda flagships, Skyrim VR and Fallout 4 VR. They are both heavily modded so I'm not just playing the vanilla game and it's so much fun. It's too bad Bethesda hasn't done any updates for these games as they deserve more love to make it playable for those who don't have the setup like mine.

I might pop into 7 Days to Die because it just seems appropriate to be hunkering down in a base fighting zombies considering the world we live in right now.