I'm falling asleep at the wheel in Kentucky Route Zero

I'm not going to lie: Kentucky Route Zero is a low-key affair. Strange stuff keeps happening, and I feel like it could all be posted to the Are You Seeing This S***? subreddit, but I can't seem to keep my eyes open.

There's a boy with a giant eagle that weaves itself into forested backgrounds. People are returning to Neanderthal caves, burning CRT computer monitors for warmth (or in effigy, I'm not sure). I once visited an office building that was neither indoors nor outdoors, and an entire floor was just bears. So, you've got to believe me when I say there's some incredible people, places, and events at play here. All my guy wants to do is make this one last delivery to 5 Dogwood Drive. While he's as bright eyed and bushy tailed as anyone else with the working-class blues in a depressed economy, I'm personally drifting off the side of the road and waking up in fits and starts.

Man I'm so sleepy when I play it. Eyelids heavy. Wrists going slack. Controller slumped off to the side. Then I open my eyes and find my character standing there, patiently waiting for me to return to reality...just long enough for me to dip back into the surreal land- and soundscapes.

Sometimes the "soundtrack" snaps me back to attention. There's the stellar bluegrass and folk instruments making up what you'd call a traditional soundtrack to the game. They're sparse and performative and homey. But the sound effects often leave me distraught. Not horrified. Not emotionally disturbed. More like I'm being put under a technophobic curse, an electronic hex. The screech and wail of a dial-up modem, or the pitch and whine of an oscilloscope. It's like Kentucky Route Zero is subjecting me to some kind of sound wave testing. And in a vaguely opposite way that it's said Beethoven's music can make you smarter, Kentucky Route Zero's sound effects—coupled with its challenging experiences—are giving me brain fatigue.

I'm not saying the magical-realism of this point-and-click adventure game is making me depressed. But the adventure is exhausting. Half an episode is enough to make me feel like I've taken the math portion of the SATs and I just want to lay down.

I sure am loving this game, though. There's so much show-don't-tell, so much between the lines, so much subtext, that my brain is working overtime to put the pieces together. But the sugar crash keeps hitting me quicker each time I pick up the controller and load up that save file. I can't wait to draw a dozen false conclusions and go in endless loops during this surrealist dream state it's introduced me to. If only I could keep my eyes open. 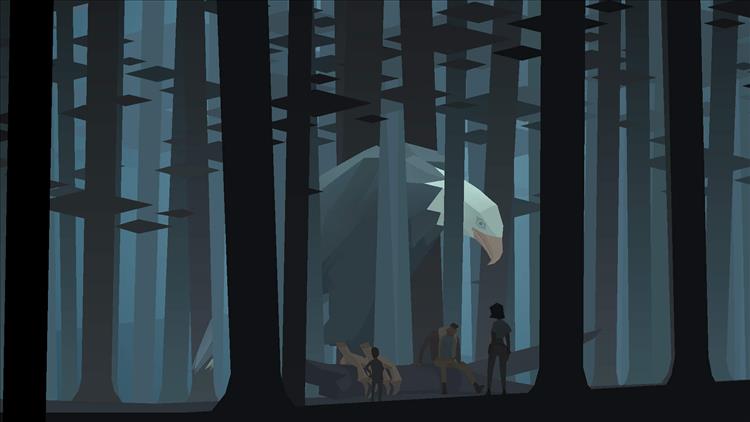