Skyrim feels so open because it keeps shoving you back underground

It’s not the only reason. But a major reason Skyrim’s open world works is because it’s made up of equal parts open world and closed world. I’m talking about the unsung (or at least lesser-sung) hero of Skyrim’s adventures: the dungeon crawl. If not for the dim, cramped, darn-near-claustrophobic adventures taking place within the mines, caves, and dragon lairs, the forts, tombs, and towers, the temples, castles, and ruins, then even Skyrim’s fresh air would grow stale. 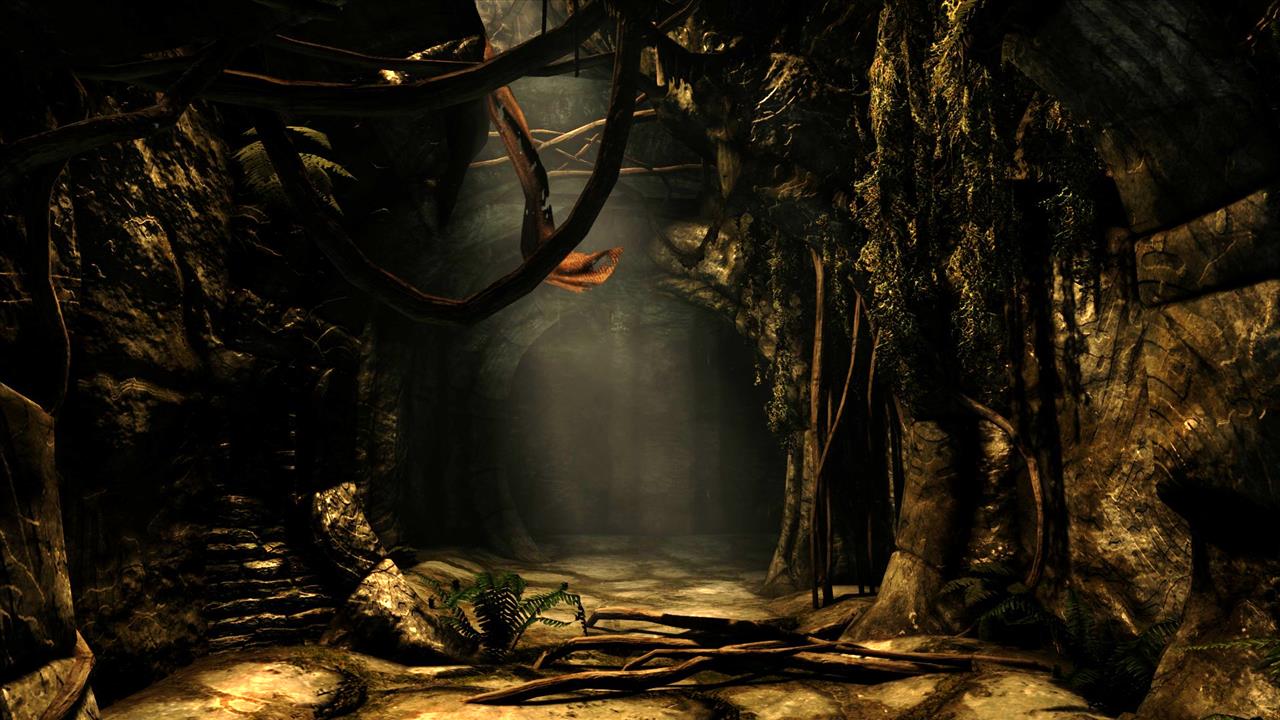 You’ll want to call me a Boomer, but you don’t even have to go back that far. I’m either the youngest of Generation X or the oldest Millennial. But stepping out of an enclosed area and out into the open world was a monumental gaming moment in the early 2000s. Eighteen years ago, The Elder Scrolls III: Morrowind didn’t quite pull it off. Stepping out of the belly of a prison boat and onto the dock at Seyda Neen was a good moment, no doubt. But it wasn’t until four years later, in The Elder Scrolls IV: Oblivion, that Bethesda perfected their reemerge-onto-the-surface moment. They did it by keeping you cooped up, underground, adventuring for a long time. Perhaps it was only an hour. It felt like forever. Stepping out of the sewer grates and looking out across the surrounding water, hillsides, and mountaintops blew people’s minds. It became such a pivotal moment in world map revelation that Bethesda likewise made it a staple of its continuation of the Fallout series. 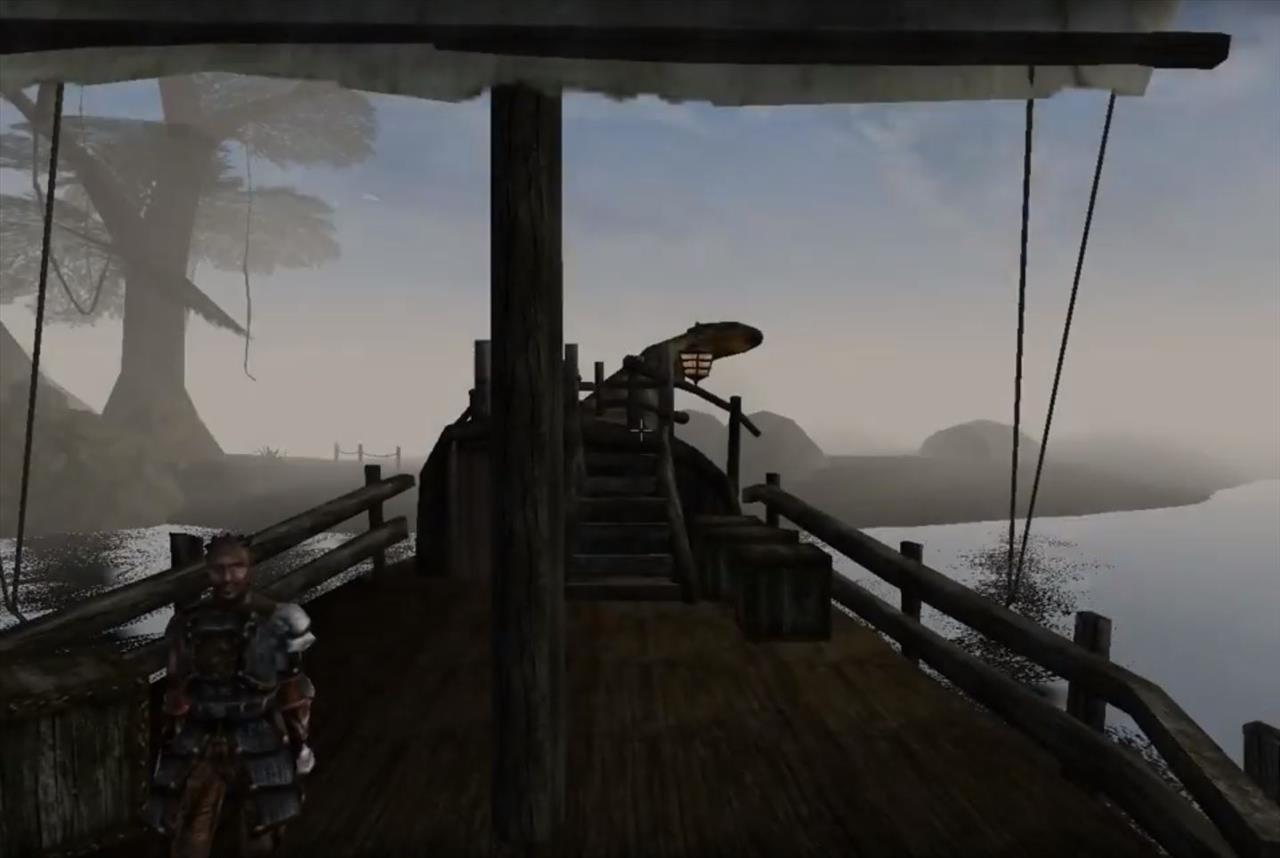 Fresh off the boat in Morrowind

Oblivion begins in a prison cell. You’re a prisoner—just like in Morrowind before it, and just like in Skyrim after it—so that the feeling of freedom isn’t just an effect of seeing an enormous map sprawl out in front of you. That feeling of freedom is baked into the storyline. You (attempt to) help King Patrick Stewart evade an assassination attempt, then, after that insurmountably long time stuck underground, you’re released into the open world. You can feel your lungs expand when you see it. 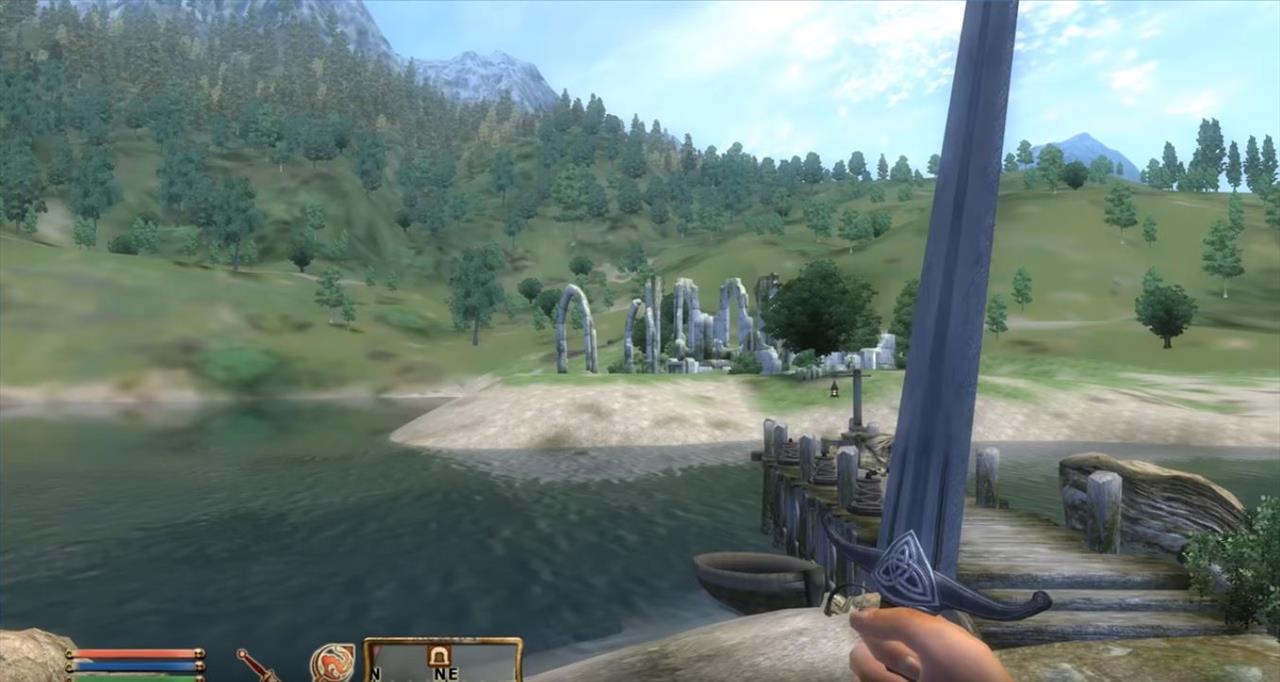 Oblivion is where Bethesda nailed its reemergence effect

Skyrim manages the same effect, though they give you a moment of surface tension before sending you underground for half an hour or so. Again, it feels like a very long half hour, beneath the city of Helgen in an introductory dungeon crawl. Once you emerge from the mouth of a cave and stare out across the miles of pine trees, lakes, and mountains, you again feel your lungs expand as you take a breath in that frosty open world.

Your first glimpse of freedom in Skyrim

If all you did in Skyrim was hop out of the wagon and then run out of Helgen’s city gates in the beginning, you wouldn’t be given that moment of reemergence and freedom. If all you did in Oblivion was be released from your prison cell and into the streets of Cyrodiil, you’d never feel quite the same relief. If in Morrowind they’d forced your head underground for 30 or 40 minutes before letting you catch your first glimpse of Seyda Neen, they’d have bottled lightning that much sooner. 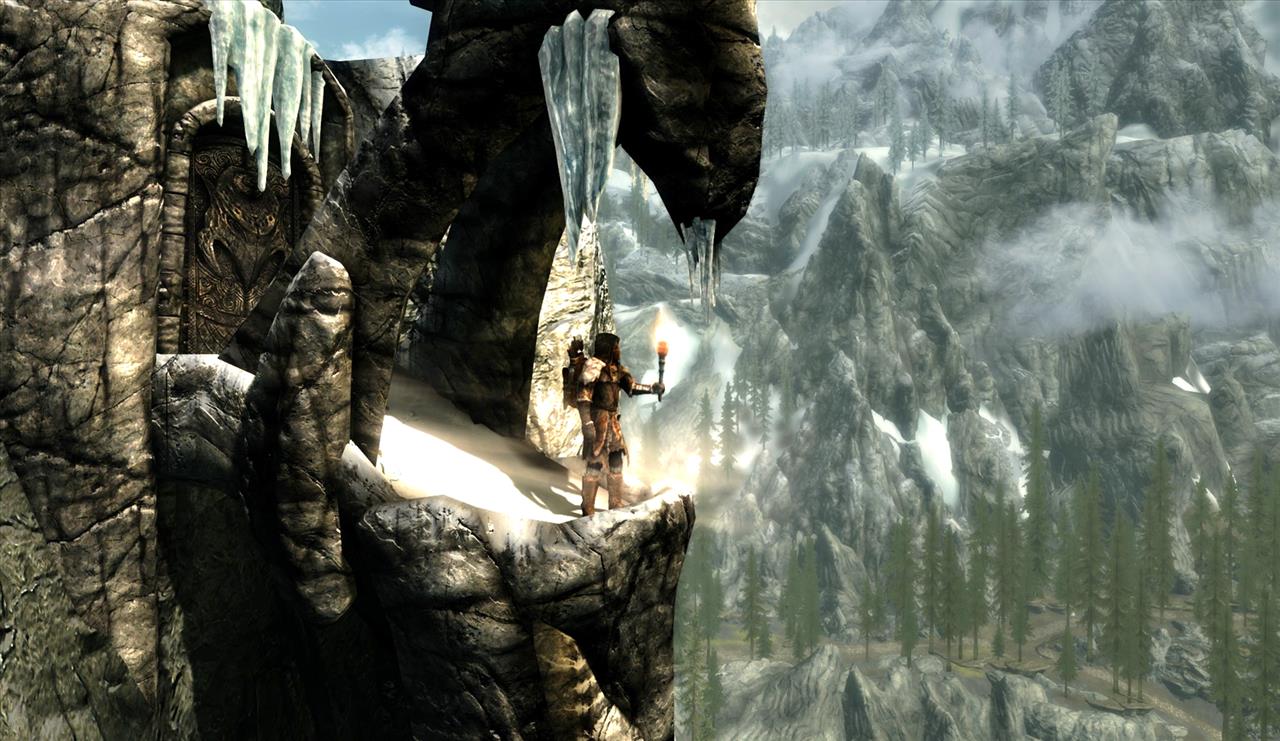 Back up from the underground, over and over

In Skyrim, that piercing white light leading you back into the overworld gives you that breath of fresh air, in tiny doses, hundreds of times during your stay in the land of the Nords. You go into the light and, even if your reemergence is tucked behind some rock and a hard place, you’re given that lung-expanding feeling over and over again. That’s the drug that gets to me. Yes, I like the loot. Sure, the fights get tense. I know, my powers grow insurmountably. But the explorer in me is always looking for that next hit of dopamine that doesn’t come from gold or adrenaline or power fantasy fulfillment. It comes from the freedom you're given after being shoved underground over and over. You never realize how much you miss the sky until they take it from you.