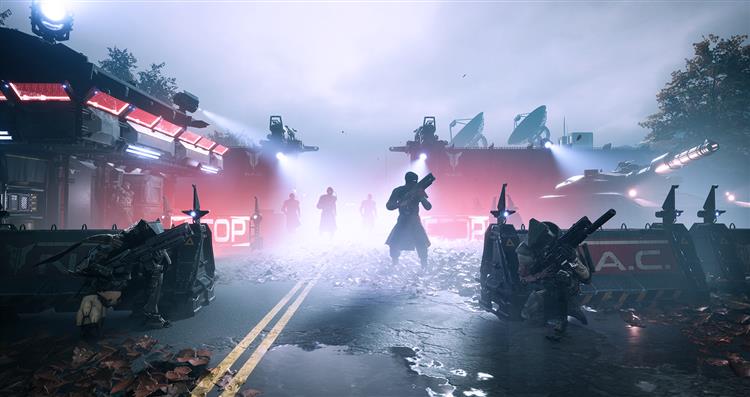 Corruption 2029 looks even prettier than the first video led on. This hybridized real-time/turn-based tactical strategy game from the Bearded Ladies (Mutant Year Zero: Road to Eden score 8 out of 10) runs a whole lot like Mutant Year Zero, but is a little less pulpy with its characters and setting. It plays faster than the strictly turn-based XCOM 2, but Corruption 2029 is 100% in that family of games.

This video has two of the developers playing an early-game mission around a place called Shady Oaks Motel, with the devs discussing the game world and features along the way. A couple things to know first: Corruption 2029 takes place in a dystopic near-future America, though the devs point to late '80s and early '90s sci-fi as the inspiration. A totalitarian government called the New American Council (or NAC; you can almost pronounce that acronym as "Nazi" if you squint hard enough). A few states have broken away and call themselves the United Peoples of America—that's the side you're on. You command a three-person squad of heavily augmented units deep in enemy territory. You're looking for the cause of the "Corruption."

Moving quietly through this enemy territory relies on stealth, naturally, and keeping your eyes peeled, since enemy combatants sort of stand around quietly themselves, blending into the shadows and gray scale of the pavement and abandoned military hardware. They appear to be moving very smoothly around the map with a gamepad, clicking the left thumb stick in order to split up and regroup, and the right thumb stick to set explosives, for example. These devs are talkative and enthusiastic.

Corruption 2029 looks like it'll be an Epic Games Store exclusive, launching in less than a week on February 17. I'm liking this one more and more, the more I see of it.