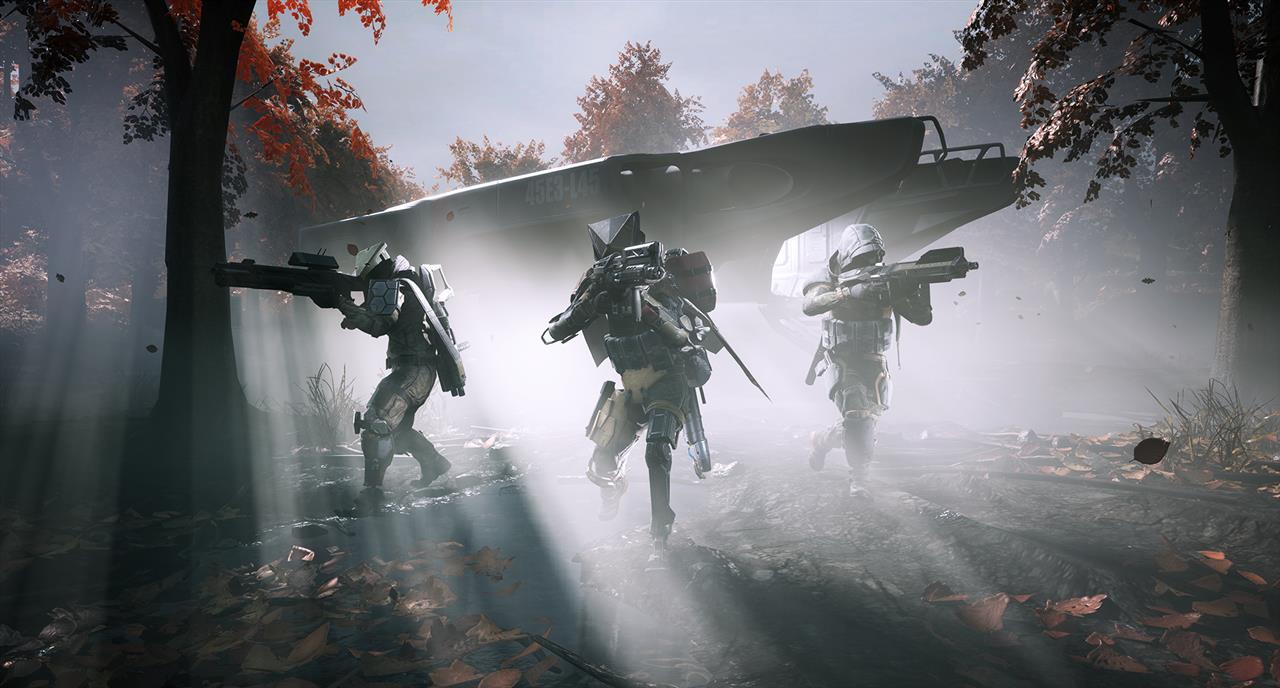 Judging by the developer's description of Corruption 2029 as a "hardcore tactical game that should test the mettle of even the most experienced tactical gamers," it sounds like it'll keep your fingers on the quicksave and quickload buttons. Losing multiple encounters will be part and parcel of its XCOM-like experience.

There's signal decay, jamming towers, lots of litter, and tons of fall leaves. The evil empire is made up of NAC (New America Coalition? Confederacy?) troops, zombie droids, and low-flying drones. Taking the three nearly lookalike protagonists into account, stealth will be the order of the day, coupled with heavy firepower brought to bear across wide cones of fire. A lot like The Bearded Ladies' previous title, Mutant Year Zero. Except this time your characters lack any of the distinction of Mutant Year Zero. C'mon, Howard the Duck and the Ninja Turtles' Bebop with post-apoc weaponry? Either way, Corruption 2029 does look kinda cool as you eject bullet shell casings across rural America.

Short fuse on this one. Corruption 2029 launches on the Epic Games Store on February 17.

Taking place in the not-so-distant future, CORRUPTION 2029 will have players command a squad of heavily augmented soldiers on a deadly mission to infiltrate an inhuman regime and discover the cause of an ominous corruption that turned America into an war-torn wasteland.

“We shall never tolerate a totalitarian regime; this great country was founded upon those very values.” - Senator Amanda Carello | June 8th, 2029

CORRUPTION 2029’s core mechanics will center around tactical, cover-based combat and stealth, though an array of distinct weapons and skills will offer multiple gameplay options to experiment with. Strategy is indispensable, as players must determine whether or not violence is necessary before engaging the enemy. Exploring environments in secret and scoping out vantage points may dramatically improve one’s chances of demolishing the country’s tyrannical rule and uncovering the truth behind America’s demise.