Atari went into the hotel business this week—with the first Atari Hotel breaking ground in Phoenix, Arizona. Plague Inc. tops charts in China as the coronavirus spreads, though the devs kindly remind everyone that their game is just a game and not a scientific model for the spread of an actual virus. And Elon Musk hinted that The Witcher 3 is coming to Tesla while CD Projekt RED replied with, "What could possibly go wrong?" 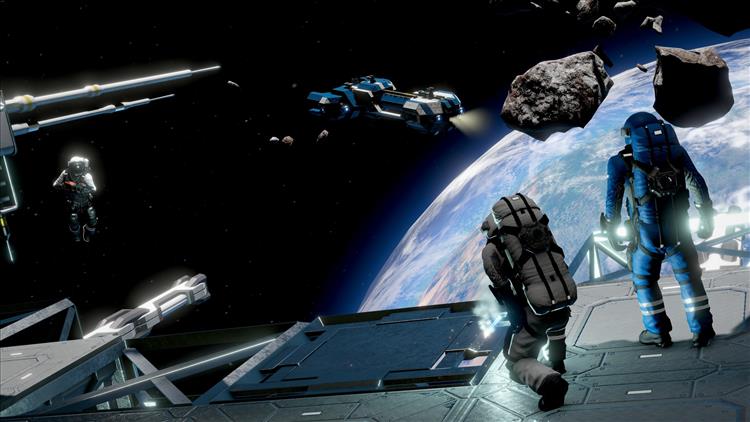 Eric Hauter
I've been playing The Dark Crystal: Age of Resistance Tactics for review for another site, and while I can't comment on the game due to embargo restrictions, I can say that it has me thinking about franchise tie-ins. Back in the SNES/Genesis days, it seemed that every popular film and Saturday morning cartoon had a game associated with it. Case in point: I googled "Nickelodeon video games" and over 50 titles popped up. However, this steady stream of video game adaptations seems to have dried up in the early 2000s, leaving in its place a few very high-end comic book adaptations, some Star Wars titles, LEGO games, and little else.

The age of moderately priced games based on smaller properties seems to be behind us, which is why it is interesting that Netflix seems to be sticking its toe into these tepid waters. In addition to the Dark Crystal game, a Stranger Things game was released earlier in 2019. I like that Netflix opted to make a tactics RPG out of the Dark Crystal series, which is an odd but very welcome choice. Frankly, I dig the trend, which has me wondering what other properties would make cool games. Could we get a Nailed It version of Overcooked? What about a third-person adventure title based on Chilling Adventures of Sabrina? A financial RTS based on Ozark? A wrestling game using the characters from Glow? The possibilities are endless!

Randy Kalista
A few of us bought into a Space Engineers four-pack. While John figures out how to make a private server happen, I'm figuring out how to open and close my space helmet, how to refill my air tanks, and how to change my suit from white to red/orange/yellow/green/blue/indigo/violet. The game, at first glance, looks like it wants a piece of No Man's Sky's pie, but Space Engineers is much more voxel driven than all that. It's more like Minecraft with more spaceships and less oxygen. John, Dan, and Sean (Cahill) are all 7 Days to Die veterans, so they're instantly hungry for some Blood Moon/Zombie Horde Mode mods to incorporate into our relatively peaceful LEGO base building scenario. We'll see how long I survive. Like I said, I'm still figuring out cosmetics, not actually watching the eight or nine YouTube training videos teaching me how to play the darn thing.

There's not much of a gravitational pull for me to write up my preview of Filament just yet. That's the light-stringing puzzle game with the (only vaguely) Firewatch-like audiologs. I mean, that's better than nothing: I would've had nearly zero interest in Filament if it weren't for that narrative hook. But stuff will have to get weird—or at least really uncomfortable—to keep my interest strung along all 300 puzzles.