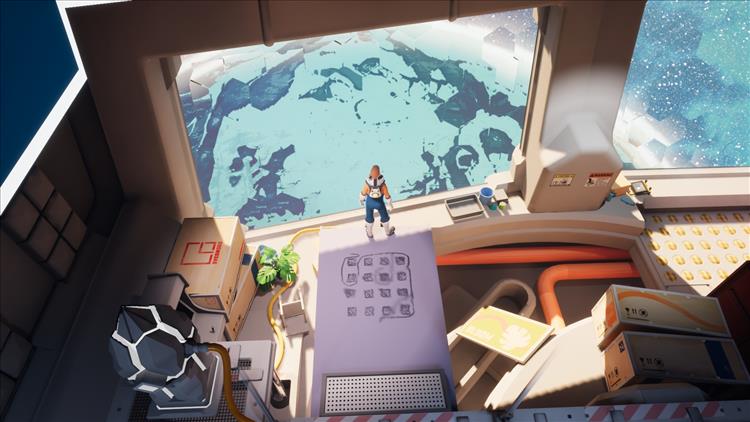 Sean Colleli
I picked up the classic Doom and Doom II ports on Switch last weekend. They were kind of a mess when they released last year, but after some major patches I decided they were worth at least $5 a pop. Gonna be honest, it's a step back from sourceports like GZDoom and Doomsday Engine. Going back to restricted horizontal aiming takes some adjustment and the multiplayer isn't nearly as balanced or fun as I was hoping. But hey, it's Doom. It still plays surprisingly well on a Switch Pro Controller. I know all these levels like the back of my hand and after a long day they're decent bubblegum for my brain. Doom is like pizza: when it's good it's really good and when it's bad it's still pretty good, and Doom on Switch is somewhere in the middle.

It's cheesy and cringy to jokingly say "send help" in any social media context, but in all seriousness, send help. I'm still playing Starlink: Battle for Atlas and I absolutely cannot stop. My wife had to drag me away from the Switch last evening and remind me that if I only got six hours of sleep for the third night in a row I would not forgive myself in the morning and what's more, I'd be a cranky pain in her butt. I can't help it. There is something about Starlink's bubbling concoction of mildly grindy outer space territory control, dogfighting space combat and an expanded cameo by Fox McCloud from the Star Fox series that I have a hard time putting down. Starlink may have been prematurely murdered by its misguided toys-to-life baggage, but the game underneath is fiendishly addictive and compelling once you get the DLC situation sorted out. It's Far Cry in space crossed with Star Fox, which I discovered too late is dangerous. So, maybe don't send help, but do come and play co-op with me.

Eric Hauter
In between reviews, I decided to jump back into Ghost Recon Breakpoint on Stadia. I realized that I might enjoy the game better if I tried to get on its stealth/creep around wavelength instead of starting a battle with a sniper shot and then trying to run and gun - which results in a quick and brutal death. I dug back into the controls and learned how to lay prone on the ground and cover myself with dirt, and have been taking my time surveying the land for good sniping positions. I have also embraced the need to displace, and the knowledge that running the hell away is sometimes the best option. By meeting Ghost Recon Breakpoint where it lives instead of trying to drag it to me, I've found that I'm enjoying the experience a lot more than my first attempt. As an unfortunate side effect though, I've found that I have less time for The Division 2. Sigh. These Ubi games are enormous.

I've also been continuing to dabble with Darwin Project—the 10-man battle royale title recently released on PS4. I played the game extensively for review, and since wrapping that up, I've been dipping back in for the occasional match. This is really a revelation for me, as usually I try battle royale titles once and bounce off of them. This is a good one, and I recommend it on sheer weirdness alone.

Randy Kalista
Getting back into D&D has gotten me back into Baldur's Gate: Descent Into Avernus, which has, in turn, gotten me back into various hellscapes. Which brings me to Hellblade: Senua's Sacrifice. I've watched the reveal trailer for Senua's Saga: Hellblade 2 at least a million times. Two million. Its cold, Nordic, rock-strewn depiction of personal and public persecution is startling. The kind of stuff that keeps me awake at night. So, I'm hoping for at least a few of those sleepless nights as I plug into the first of Senua's ASMR-racked nightmares.

Stringing threads of light around pseudo-motherboard components aboard a brightly lit spaceship isn't the worst way to take my puzzle-solving vitamins. I'm not typically into puzzles. But Filament has a cheery-enough disposition, walkie-talkie conversations, and the brainwave ups and downs that come with solving puzzles. It's a particular type of movement, attention, and learning that's atypical of my usual gaming.