Doom Eternal was originally supposed to be released in November 2019 but unfortunately suffered a delay. The game is now going to be released on March 20th 2020. While we still have a couple of months to wait Bethesda announced that the second official trailer for the game will arrive tomorrow at 12:30PM EST on their official Twitch channel.

The short teaser depicts Doom guy looking and what I am assuming is a portal. There was talk that this game would have some kind of central HUB in the game where you spend time between killing demons. My guess is that this portal will be able to take you to different areas in the game where you can come and go as you please, especially if you want to replay levels or find more collectibles. Either way, we will find out soon enough. 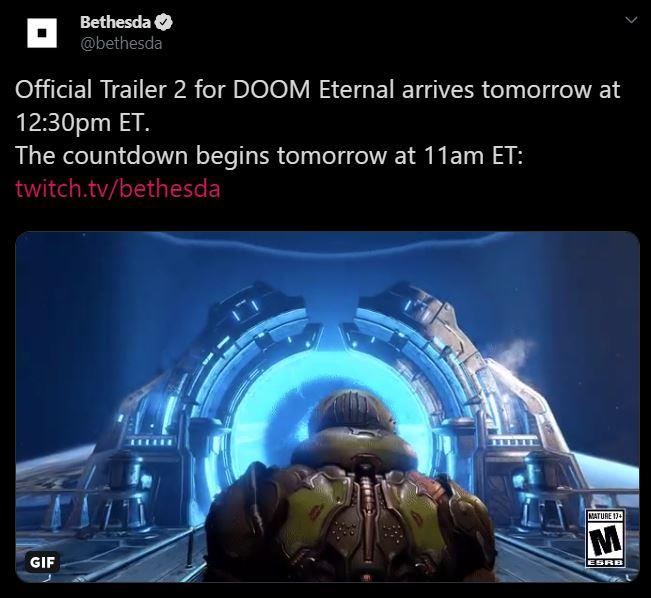