Arcade 1UP's really bringing the game this year at CES with releases of not only stand up arcade games  but 3/4th scale pinball machines.

The NBA Jam cabinet contains three games: NBA Jam, NBA Jam Tournament Edition, and NBA Hangtime.  But what's interesting about this one is that it'll have Internet connectivity so you can play with others as well online. For those wanting competition in this game, there's your answer. There's no fee to go online. I played the cabinet and felt the joystick was a little loose, but that's a pretty minor complaint. 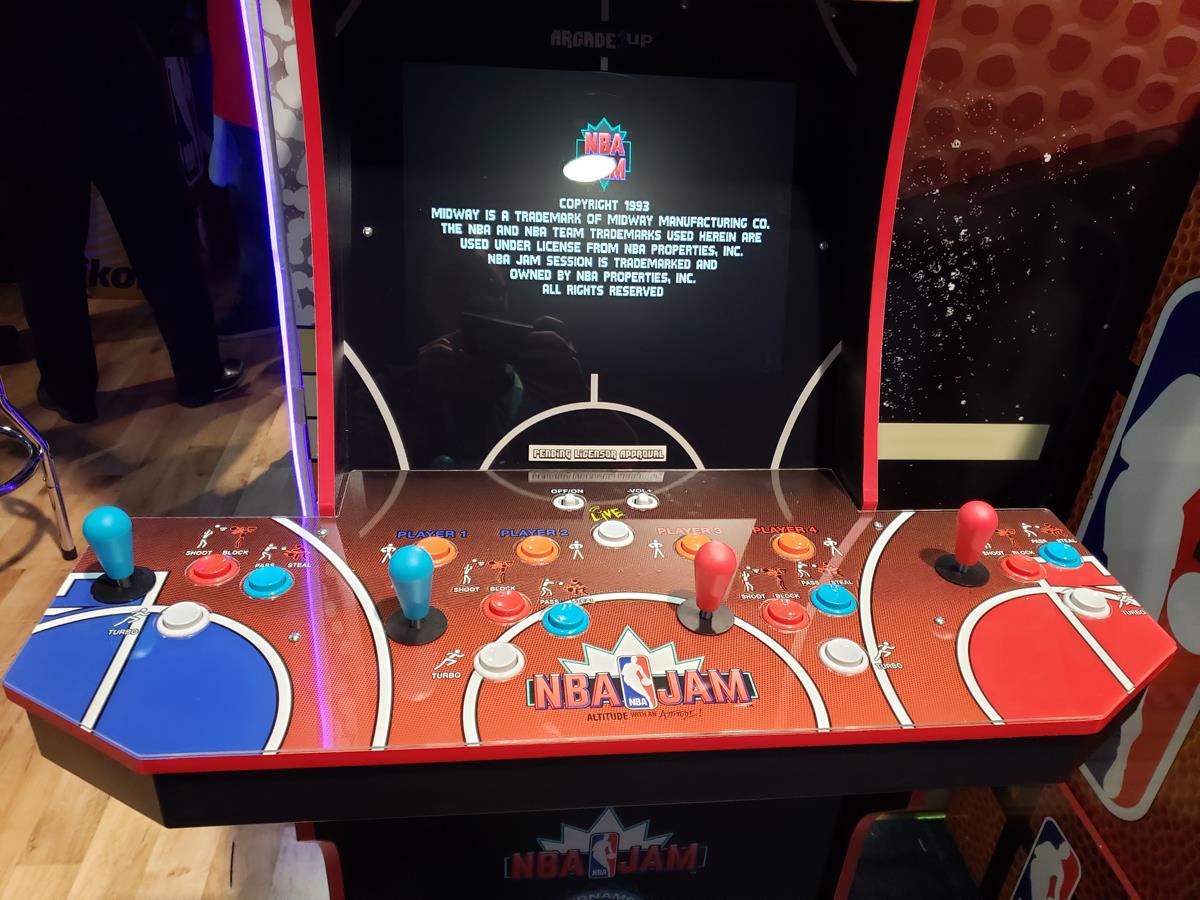 Yes, the rumors were true. Arcade 1Up is doing pinball machines. The 3/4th sized pinball machines were shown at CES and they look fantastic. Currently, they confirmed titles from Ballys/Williams will be in play in partnership with Zen Studios, but more big names are in the pipeline. There were two machines there: Star Wars and Attack from Mars. When I was there, Attack on Mars was on a rotating platform, but Star Wars was playable. 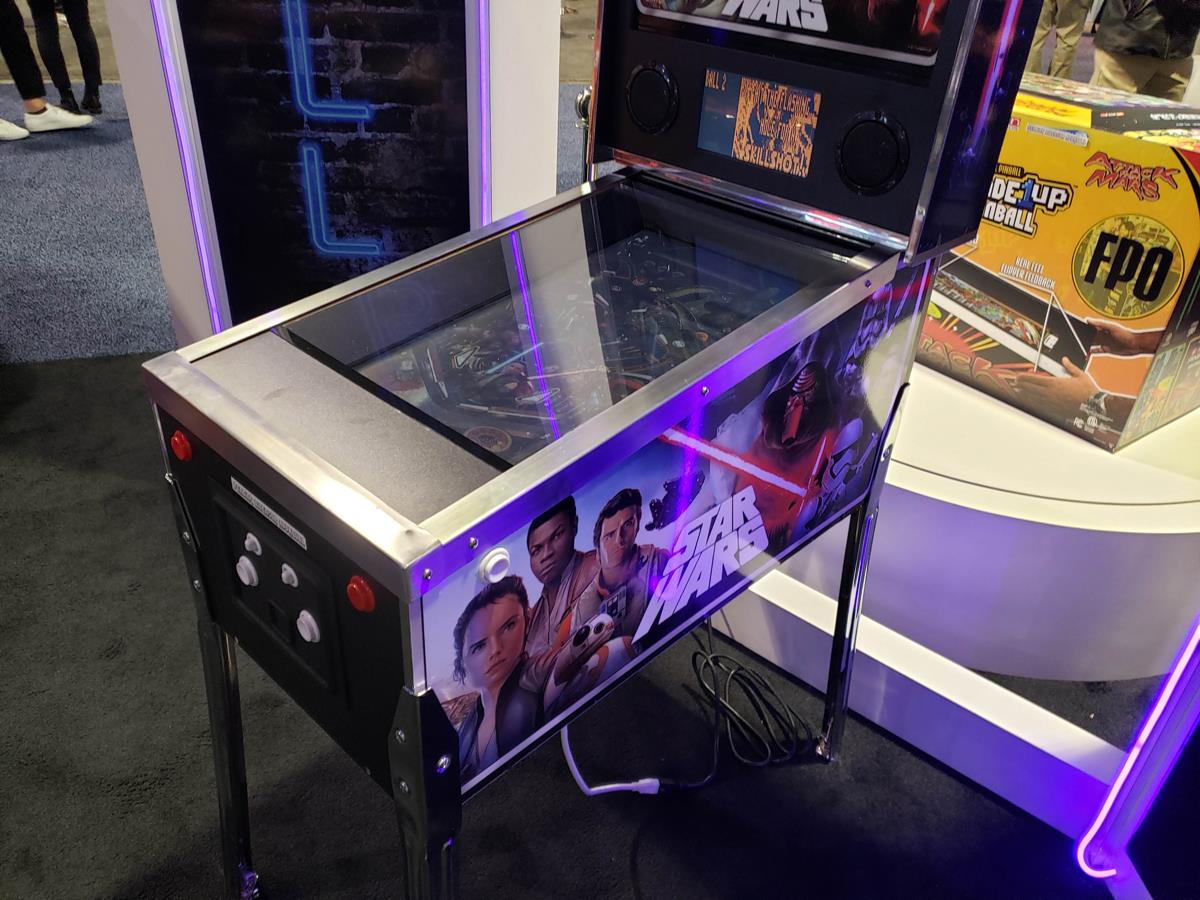 So I got to play about 10 minutes of the pinball machine. Nice things are the feel and feedback of the flipper buttons when you press them. It feels like you're activating a real life flipper even though everything's virtual. There's small bezels so that's good and you can view the table from all angles. Colors remained solid no matter where I was looking at it from. There's no delay that I could tell when pressing the button and seeing the flipper move. And I did see a mouse cursor sitting in the middle of the screen, but this should be taken care of on release.

The backbox has the light up Star Wars marquee and a 7" LCD screen mimicked a dot matrix scoreboard. 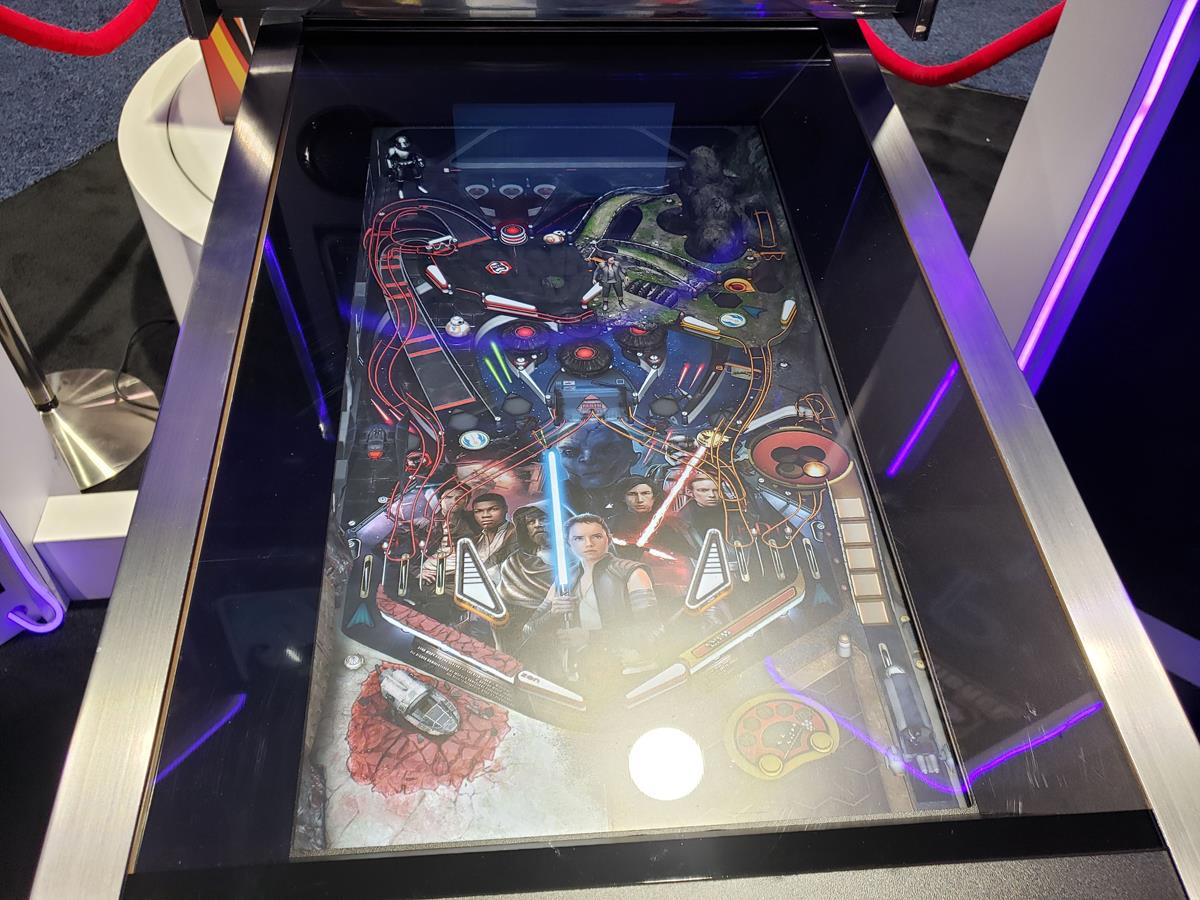 Everything felt solid about the pinball cabinet. You're able to nudge the machine to try and move the ball, but don't do it too much as that will activate the tilt sensor. Overall, I thought the feel and finish was pretty solid. No pricing was announced but I hear they're trying to keep it around the $500 range. Here's hoping they can and let the Wifi capability of the cabinet expand from being just software updates to allowing tables to be downloaded to the cabinet. 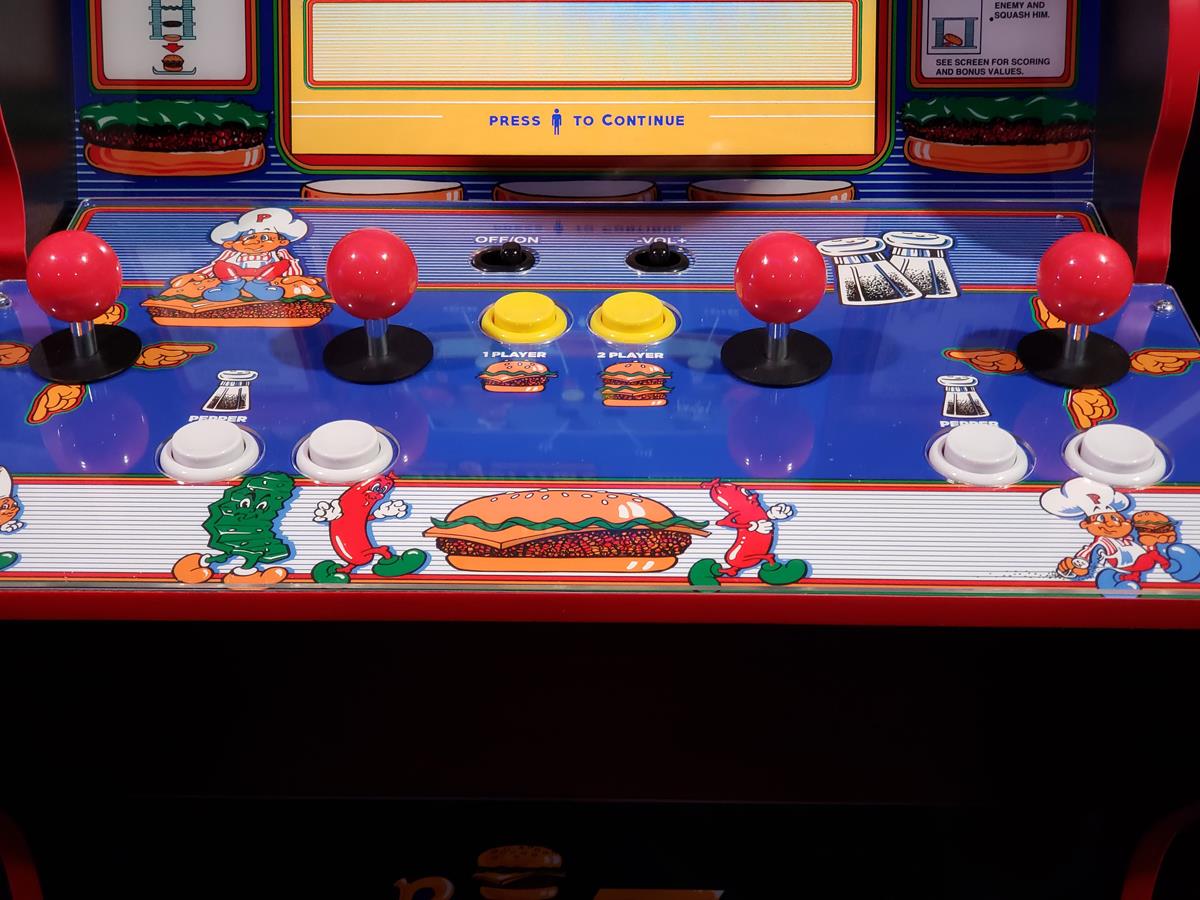 Star Wars fans can get a sitdown cabinet which really just as a seat instead of the whole enclosure that was in the original Star Wars sit down game. Now, you could build a small enclosure if you like, but the one from Arcade 1Up provides the basic setup to play Star Wars sitting down.

Golden Axe is finally available and four other Sega games will come with this cabinet in Golden Axe: The Revenge of Death Adder, Shinobi, Wrestle Wars, and Altered Beast. The four player cabinet has three buttons per player. I didn't spend any time on this one, but the cabinet art is great and having up to four players is a plus. 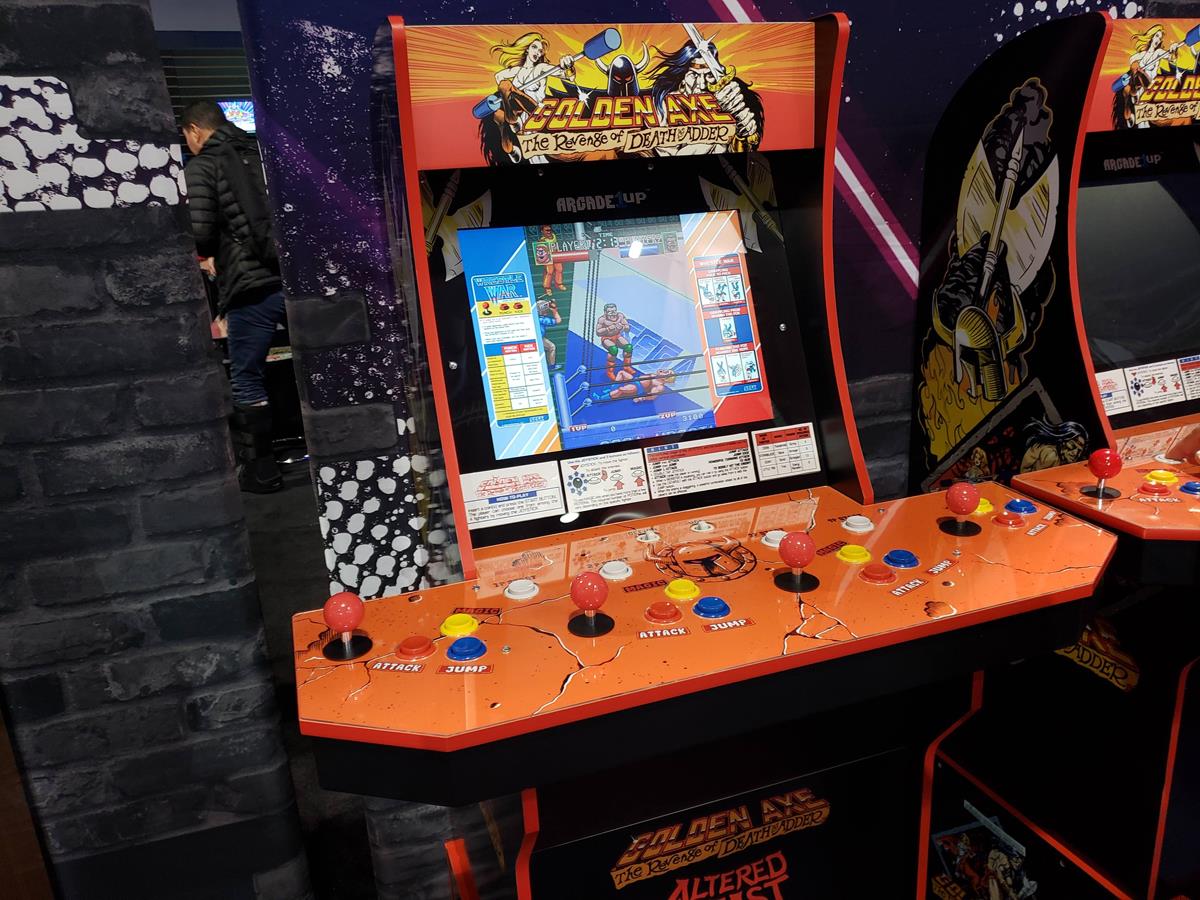 Needless to say, the highlight of my booth visit was playing the Star Wars pinball game. While I haven't picked up any other Arcade 1Up products yet, this might be the one that I go with. I've always wanted a virtual pinball machine and Arcade 1Up looks like it hit it out of the ballpark with this one.