CES 2020 is underway and Arcade 1UP is at the event showing off their next wave of arcade cabinets along with some other goodies. Some of the new cabinets announced were NBA Jam, Golden Axe, Frogger and a special seat to turn the Star Wars cabinet into a cockpit. The cool thing about the NBA Jam cabinet is that they are introducing online functionality to the cabinets meaning you can play NBA Jam against others Arcade 1UP owners.

Here is what the NBA Jam and Golden Axe cabinets include.

But of course the big announcement is that Arcade 1UP will now be selling digital Pinball machines and these looks pretty awesome. The Pinball machines are scaled down just like their arcade cabs and will include buttons with feedback haptic feedback and a digital display. They announced a Star Wars and an Attack From Mars with more to be announced at a later date.

No price points or release dates have been announced yet however they did announce a limited BurgerTime arcade cabinet. There will only be 3000 of them made and once they are gone they are gone for good. The machine will include BurgerTime, Bad Dudes, Karate Champ and Caveman Ninja. The package will also include a light up marquee and a custom riser for the cabinet. They are available for pre-order for $399.00 directly from Arcade 1UP's website. 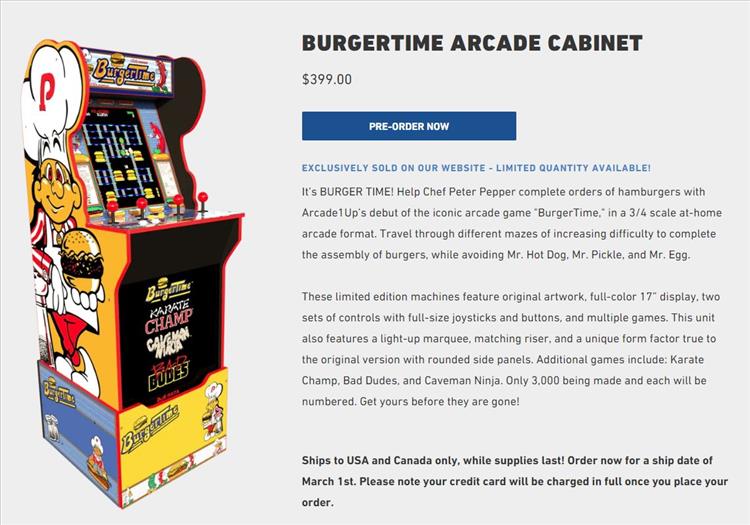