CES 2020: LG has some beautiful displays for gamers and one cool phone

So I own a few LG products and I'm familiar with a lot of their things. Stopping by their booth today, I checked out not only their gaming monitors, but their dual screen phone

Let's start with the phone. The LG G8X running on a Snapdragon 855 processor wit a 6.4" OLED FHD display comes bundled with the case that, when used, gives you a second 6.4" OLED FHD screen to play with. They case screen is identical to the phone screen down to the little pin hole camera notch at the top even though the secondary screen doesn't have anything behind that notch. 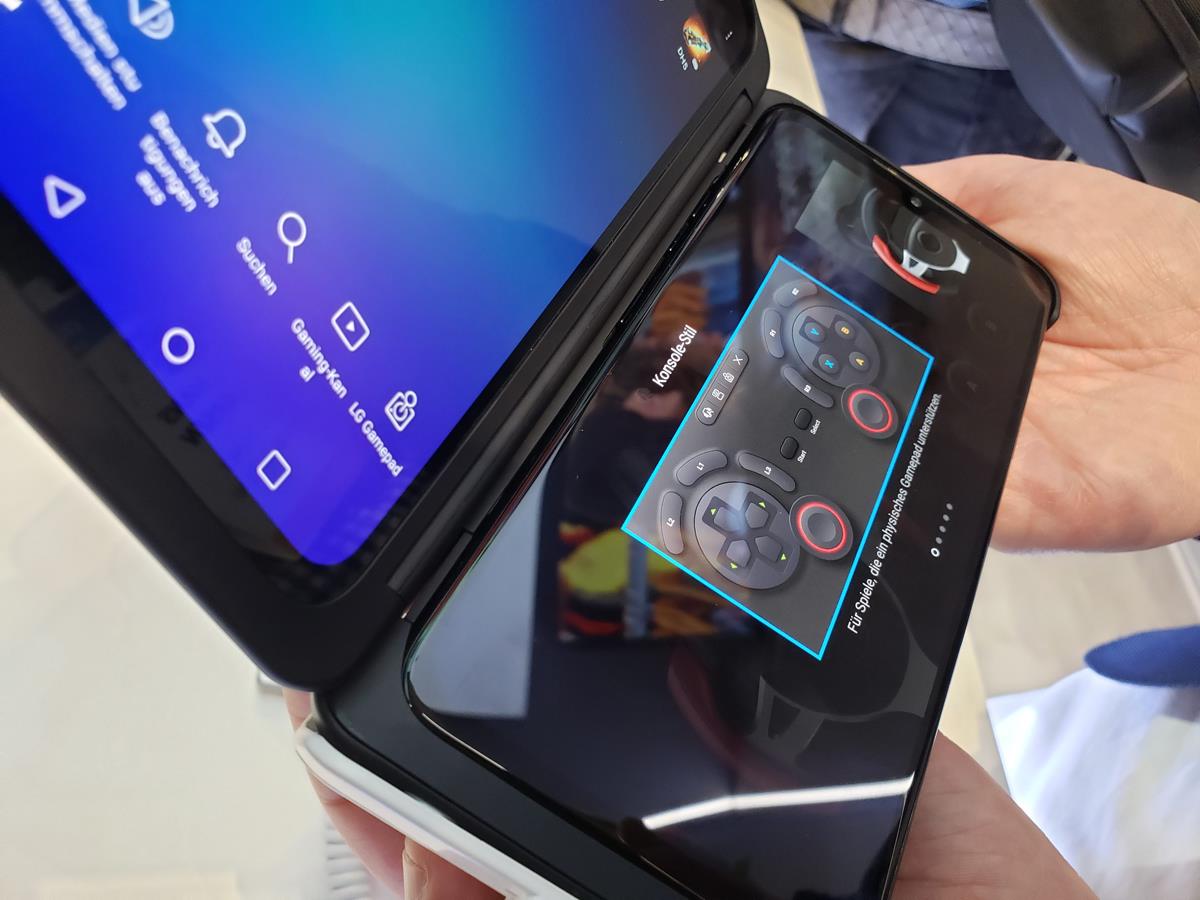 So the phone's been out for a few months now, but I was shown the flexibility of the second screen for gaming. You can utilize it as a controller and LG offers up some preset controls that you can use such as a gamepad or a racing wheel. What's really cool is with the way you can customize your own controller scheme. You can drag a button to the layout and set the button to press a certain part of the screen. For those games with onscreen buttons, this gives you the flexibility to create a control scheme on the second display that activates an on screen button on the main display. 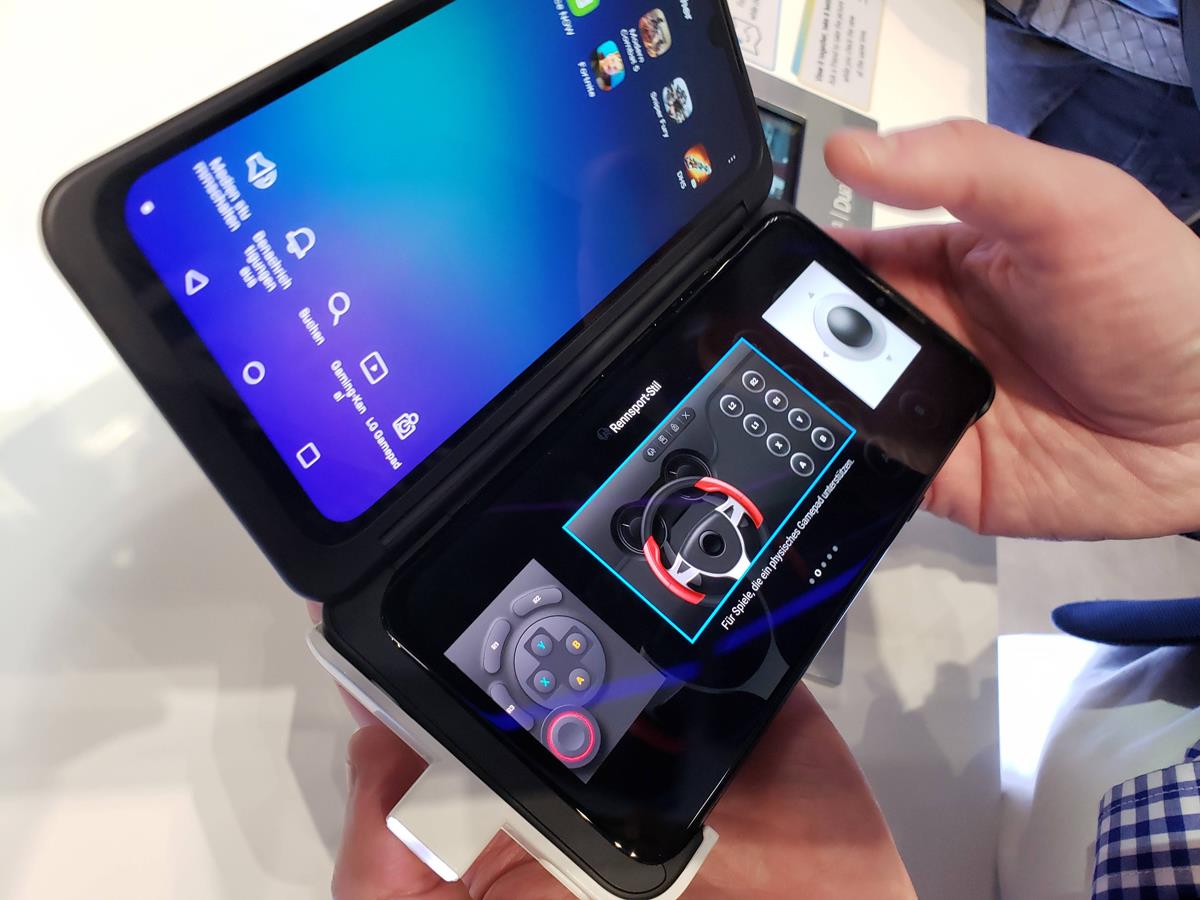 You can also easily swap the two screens. You're not limited by what the screen displays so changing the two is as easy as using three fingers and doing a dragging motion to the other screen.

I couldn't believe the bundle of the case and phone was only $699. That's a hell of a deal for a dual screen like phone and it's available now from various carriers.

Big game displays were showcased as LG had some OLED gaming TVs. Ranging from 48" up to 77", their entire line of OLED displays will be G-SYNC compatible. You can expect the usual range of features in the OLED displays such as Dolby Vision support, ultra fast response time, and resolution of 4K running at 12Hz.

But say you'd rather go with a monitor?  The UltraGear 27GN950 is a 27" Nano IPS monitor with a resolution of 3840x2160. It runs at 144Hz but can be overclocked to 160Hz. It's a flat display and has a boomerang stand with some cable management on the stand. 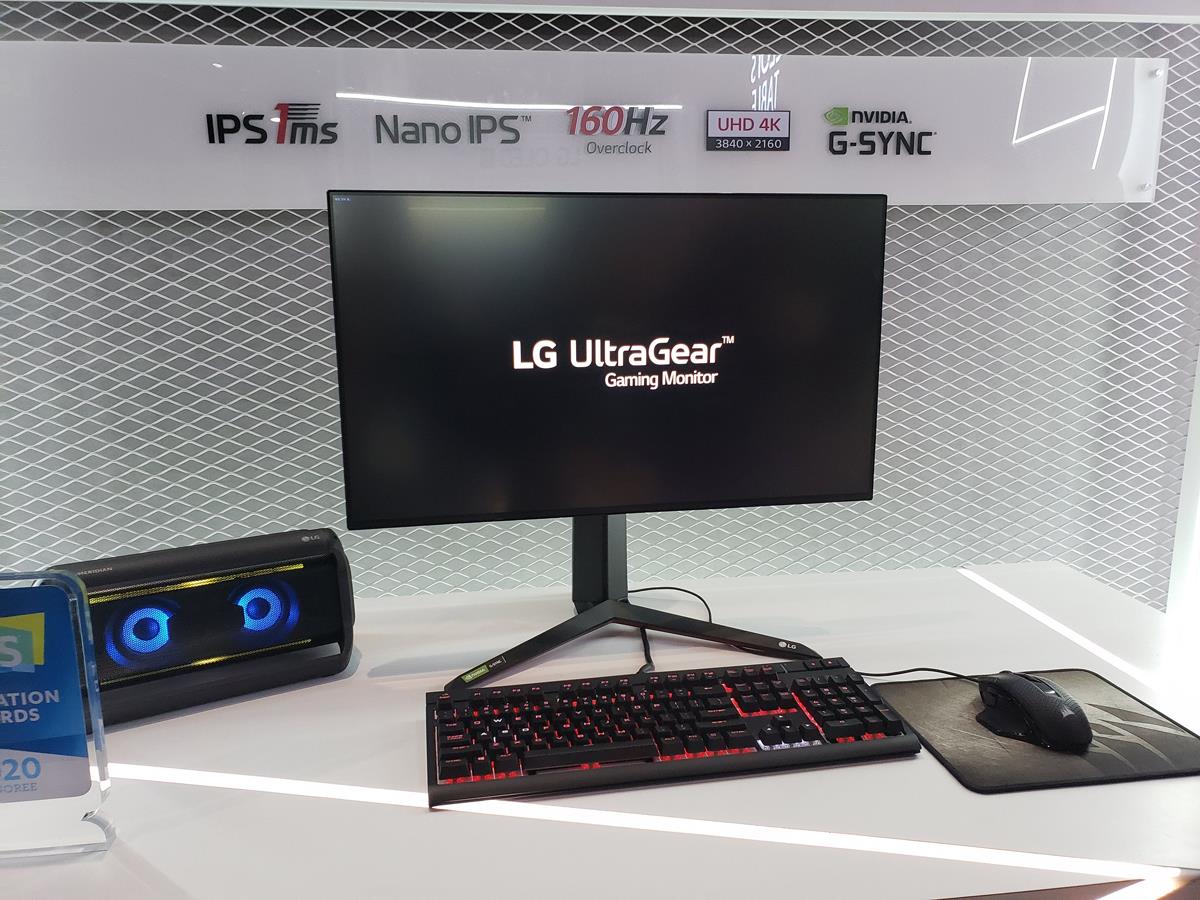 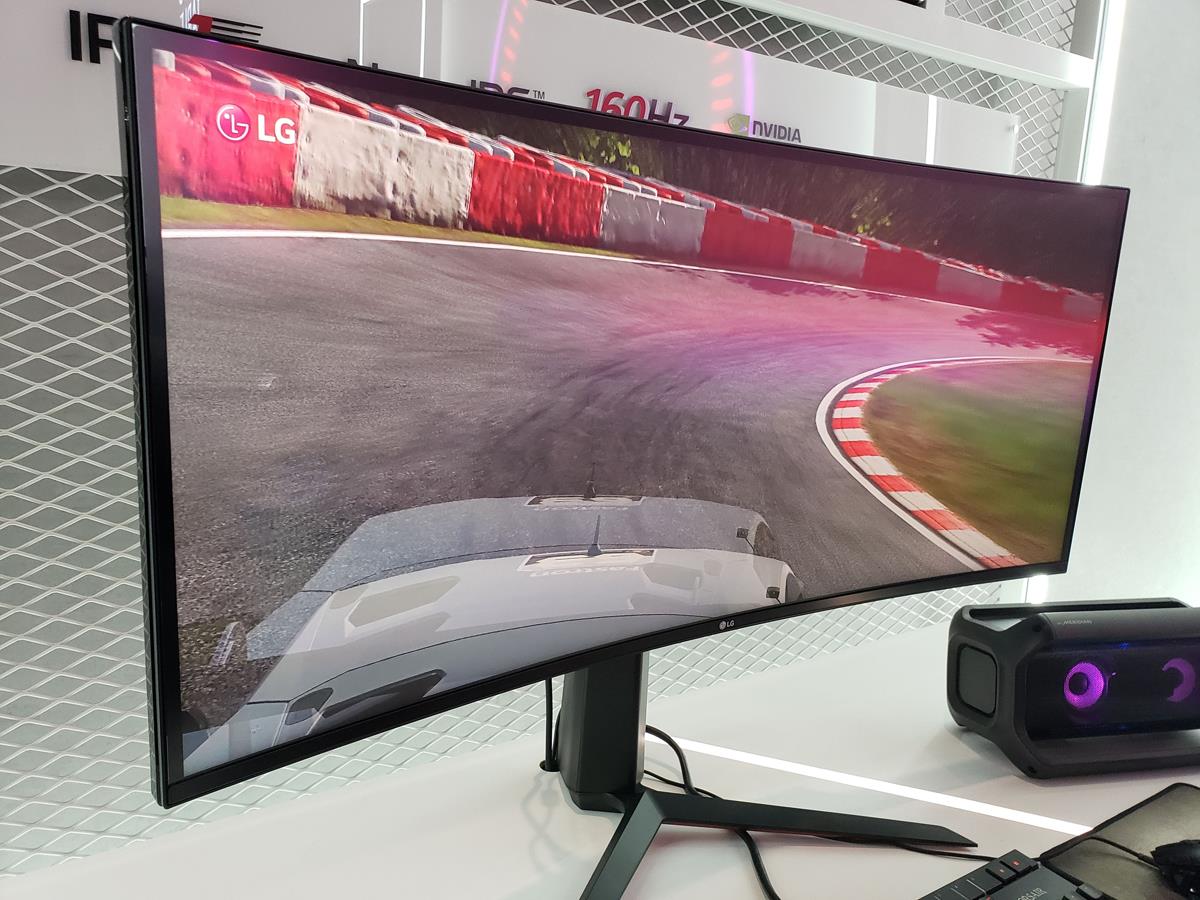 But say you really want to go wide. Well, UltraGear 38GN950 comes in and this thing looks like a beast in person. 3840x1600 is the resolution of this monster and it's also a Nano IPS panel that runs at 144Hz and overclockable to 160Hz.

On display were three side by side by side together in front of a steering. It looked pretty immersive driving with that setup as most of your view is taken up by the surround display. It's truly a sight in person and short of using my VR headset, would be my dream setup for racing and flight sims. 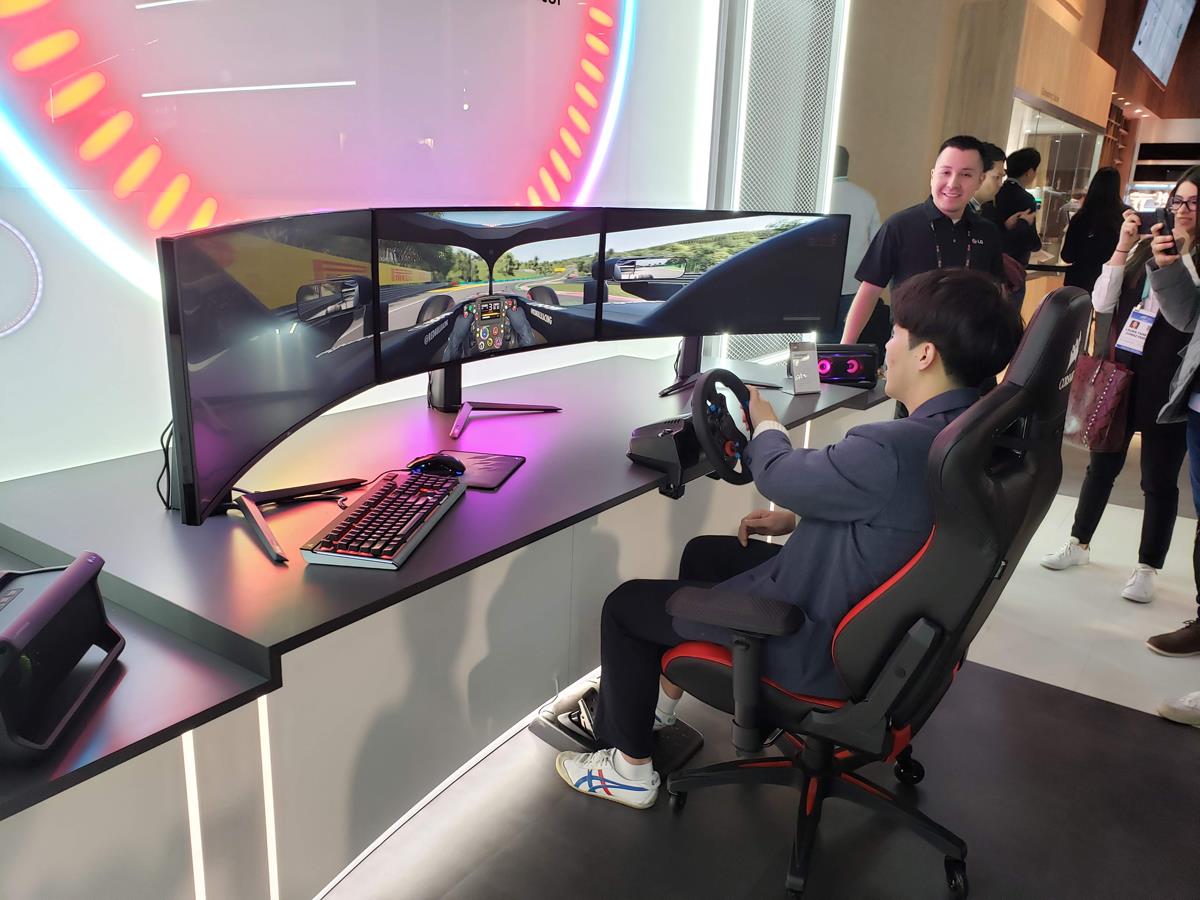 You can see the RGB color ring on the back of the monitor and there's a notch on the stand to hang some of the cabling.