Why Facebook, Microsoft, and Twitter are spending millions to attract streamers, and why Twitch is still king. No one likes to think of video gaming as a disorder—but this is the story of one person that let gaming medicate their depression in all the wrong ways. And Ars Technica mourns the death of the video game rental era. 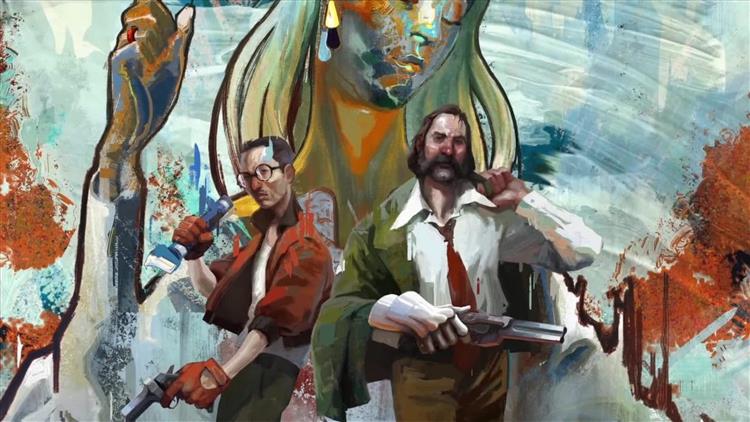 Sean Colleli
With all this talk about the new Star Wars movie and whether it will live up to expectations, I decided to play something I know will live up to mine: the Jedi Knight games.

I installed them on my HTPC and just let the nostalgia flow. Sure they're over 20 years old but with a few mods to spruce up the textures and enabling HD 16:9 they clean up pretty well. And my wife's reaction to the FMV cut scenes is entertaining.

Fun fact, did you know that Jason Court, the actor who portrayed Kyle Katarn in those cut scenes, owns a vineyard out in California now?

Eric Hauter
After dipping into Red Dead Redemption 2 for a few days, I've completely pivoted to Assassin's Creed Odyssey on Google Stadia. While I'm still not sure 100% if its running in 4K, it is so beautiful I can't imagine it looking any better. I have no idea why I waited so long to try this game. I didn't really care for the early games in the franchise, so I stayed away. And for some reason, the messaging that AC has morphed into an open world RPG of Witcher 3 proportions never quite sunk in with me. But I get it now, and I jumped in enthusiastically.

It surprised me how many playability options ACO gave me at the start. In the end, I settled on Normal Difficulty, but did enable excessive notifications to appear all over the landscape. It is still fun to send my eagle soaring to hunt for elusive treasures, but I do like having major points of interest highlighted for me. I don't want to do the work of exploring, and I want to make sure I see everything—as impossible as that will be.

I spent most of the day yesterday clearing the first island of relevant content, and after four hours of gameplay, the game blasted me in the face with an unexpectedly emotional cut scene. I was then surprised to see the opening credits roll. It turns out that Assassin's Creed Odyssey is just as big as everyone says it is. That map. Wow.

Randy Kalista
Out of nowhere I've fired up Tetris Effect this past week. I just need something that'll consciously uncouple my work life and home life. The musical compositions that I chart and unchart while tracking tetrominoes back and forth on the screen is just the right dose of trance-like puzzle manipulation that I need for medication. Tetris Effect is meds for my repetitive-stress mouse hand and too-small work monitors leaning me forward and splorping my coffee onto my sticking space bar. And now that I'm looking at it, I need to take that space bar, go vertical with it, and nail a five-row Tetris, right on down the side with Backspace, Backslash, Enter, Shift, and Control.

And I got Disco Elysium, formerly known as No Truce With the Furies, that nearly swept the Keighley Awards as the developers got on stage and thanked Karl Marx and Friedrich Engels for writing The Communist Manifesto. It's pretty dang tough to introduce anything new in the year 2019 to the world of isometric RPGs, but I've never had any video game joyously spit in my face than this darkly cynical dramedy.

John Yan
Well, I finally bit the bullet and bought Red Dead Redemption 2. The Steam Sale finally got me to pick up the game. I'm going to get into living the cowboy life and seeing what the fuss is all about. I never did finish the first Red Dead Redemption so I hope I can get through this one.

If I have some time, I'll pop into some 7 Days to Die as well. We're going to start building the base so it's time to put my engineering hat on and craft zombie defenses for horde nights. Playing on a huge map is a ton of fun as there's never a lack of places to loot and resources to gather.