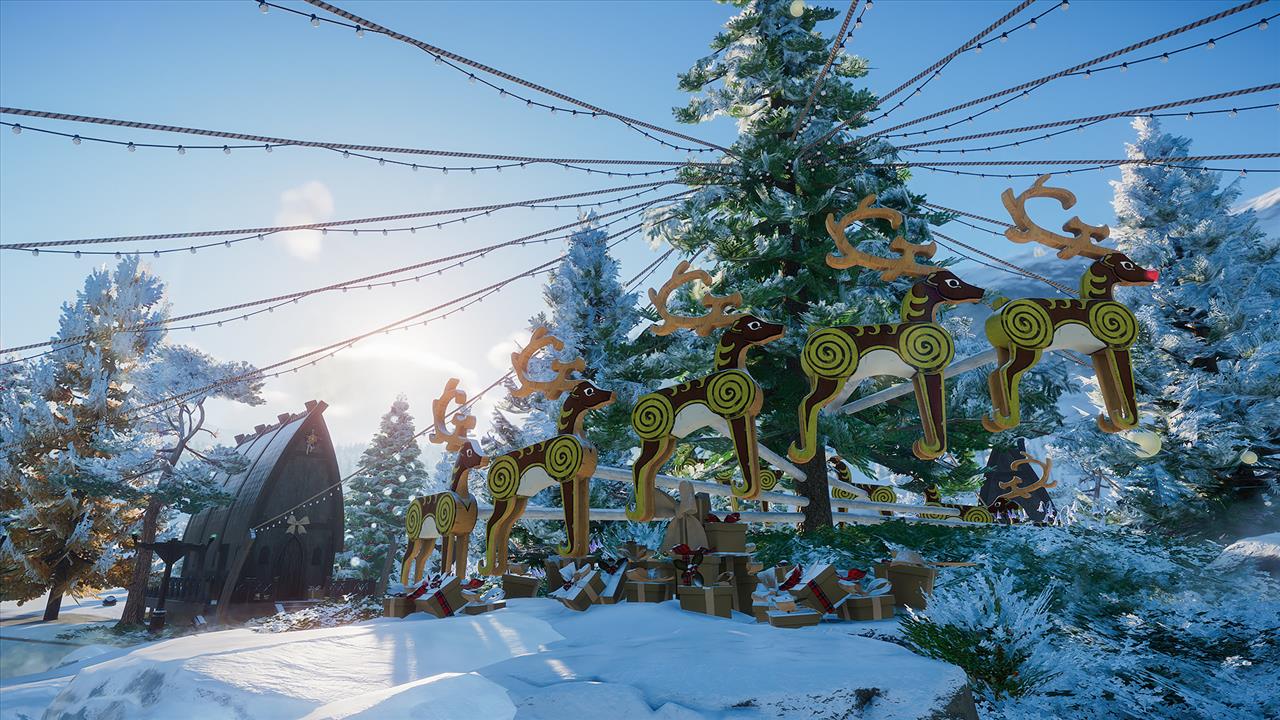 Just in time for Coca-Cola polar bear commercials, Elder Scrolls Online: Skyrim announcements, and, inversely, this year being one of the hottest on record for the entire planet—

—Planet Zoo: Arctic Pack is out now on Steam. It adds four new animals to take care of: Reindeer, Arctic Wolves, Dall Sheep, and Polar Bears. Along with two new Scenarios to wrestle with in the northern hemisphere. Also, for you builders out there, you'll get over 200 new building, scenery, and foliage pieces to fully Nord your snowy biomes.

This game is a zoo simulator, and already its architecture and landscapes look better than half the dedicated role-playing games that've come before it. The steep-roofed Viking aesthetic and turn-the-boat-over building construction makes me want to snuggle up to a hearth fire with a book on Norse mythology right now. The best part, however, is watching all your visitors walking around in t-shirts and board shorts, shivering their little temperate behinds right off in the ice and snow.

Our review of Planet Zoo is Coming Soon (TM), I promise.