Well it's Game Awards time and you know what that means? Game reveals! Oh yeah and some awards as well... anyways seems some of the reveals are happening early as Geoff Keighley himself has announced "Naraka: Bladepoint" and a Twitter account for the game just opened as well.

No other info about the game has been revealed except that its being developed by 24 Entertainment and the world premiere for the game will happen at The Game Awards this Thursday, December 12th. 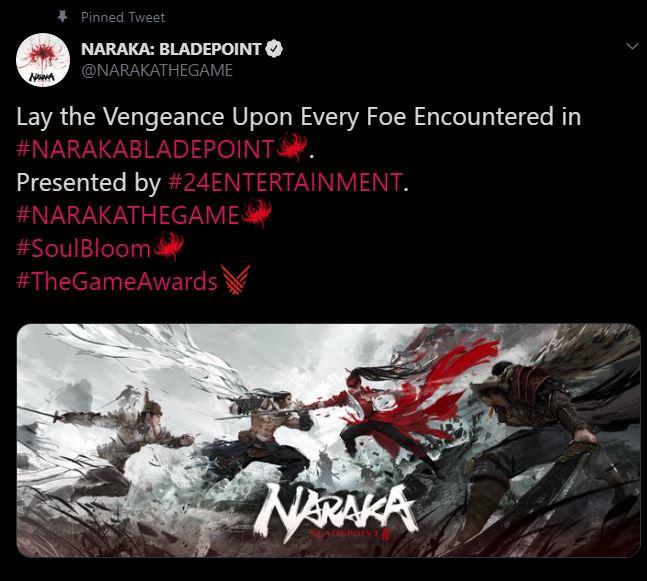