Pillars of Eternity II: Deadfire gets a release date for consoles

An open world with a massive cast of characters making meaningful choices to play the style you want to play. That's what Pillars of Eternity II: Deadfire promises its players. Lofty, sure; and it largely delivers landing as one of the best PC games from 2018. Well 2020 is around the corner and the time has come for console players to finally get to capture the magic.

Pillars of Eternity 2: Deadfire is releasing on PS4 and Xbox One January 28th. There will be a Standard for $60 and an Ultimate Collector's Edition for $130. The Ultimate Collector’s Edition will get you the game (of course), all three DLCs (Beast of Winter; The Forgotten Sanctum; Seeker, Slayer, Survivor), a 10-inch Od Nua Statue, Spacepig Keychain, Metal-optic 3D Sticker, and Premium Box (because all that stuff ain't going to fin in a dvd case). Check it out in the image below.

The press release highlighted the major features in Pillars of Eternity II: Deadfire so I thought I'd share that below to illustrate that yes, this is probably the RPG you've been waiting for. 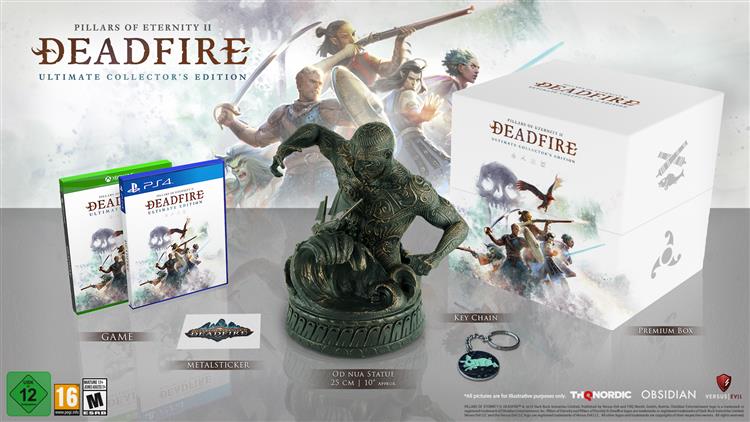