Persona 5 Royal launches in the West in March

We finally know when we will be stealing hearts as the Phantom Thieves once again. Atlus has confirmed that Persona 5 Royal will be launching in the West on March 31st 2020. The best part of this announcement is that Playstation Blog confirmed that all previous Persona 5 DLC will be free. There will be paid DLC which was the DLC made for Persona 5 Royal which will be available in different bundles.

There will also be special editions of the game as well. The Phantom Thieves edition will retail for $89.99 and come with the following

Finally there is a Ultimate Edition Digital bundle for $99.99 and will include the game, all DLC bundles and six additional costume packs. 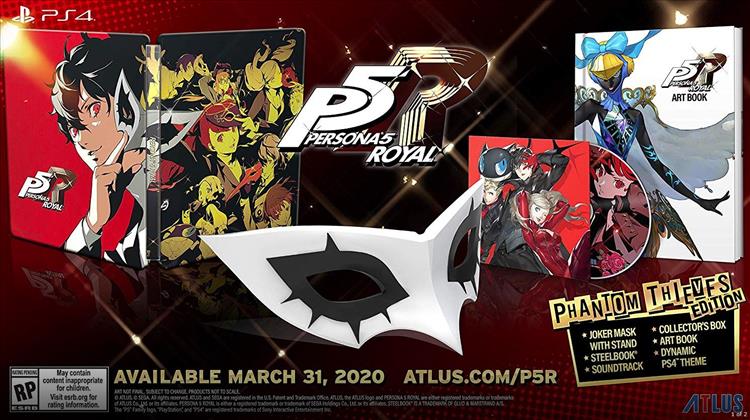