The Oscars of the video game industry, the Game Awards, has its list of nominees up, with Death Stranding snagging the most nominations. Google Stadia, comin' in hot, went live on Tuesday with 22 games. And Epic Games is in The Mandalorian credits because director John Favreau uses Epic's Unreal Engine during the previsualization process in filming.

This is what we’re playing. 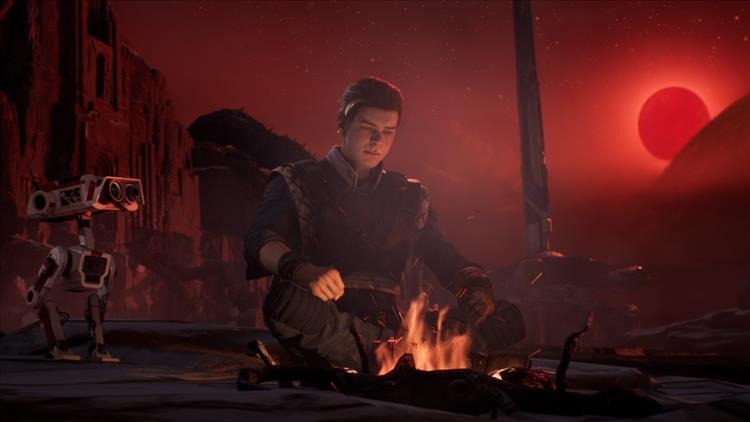 Eric Hauter
I'm playing several games for review, but the most important thing I'm playing right now is the Gaming Nexus Dungeons & Dragons game that Randy Kalista is running out of our Slack. Randy is putting us through a fine adventure (which currently is centered on an epic bar fight in the Elfsong Tavern). My character, Frank, is a dwarf ranger from parts unknown. Recently separated from his wife Mork by a twist of fate, he has gone off the deep end, descending into a world of ultra-violence and endless smack-talk. If there is an insult to be thrown, Frank will hurl it, and if there is a door to be opened, Frank will burst through the wall. He has no problem starting confrontations with his mouth and finishing them with his daggers.

Needless to say, I'm endlessly entertaining myself coming up with awful things for Frank to say to his enemies. What can I say? It gets me through the day.

Randy Kalista
The rumors are true, Baldur's Gate: Descent Into Avernus—the tabletop RPG prequel to the upcoming Baldur's Gate 3—has taken up a lot of mindshare lately. It's not ideal, not by a longshot, but we're doing our level best to translate Avernus's pen-and-paper setup to, instead, roll some good ol' 20-sided dice in our #DnD Slack channel. John just wants to martial arts his way through an already hellish campaign, and Eric sounds like he's got some demons to exorcise, though we're not talking the Monster Manual kind.

Otherwise, I'm putting words together for my The Outer Worlds review. It's 100-percent a comfort-food computer RPG, with a charming cast and a hamfisted anti-capitalist message. It's almost a shame I'm encountering this incredibly (good but very) vanilla experience right after the WTF'ery of Death Stranding, a game that is transformative of the player, taking place in your head and in your heart almost as much as it's taking place on the screen.

I'm also late submitting my Planet Zoo review. Sim games like these don't know when to quit, likewise making it difficult for a player to know when to quit. I've only dipped my toes into the tutorial, filling a natural pond for the tigers to lounge by, inserting glass walls in strategic locations for the visitors, and generally letting my eyes bulge as I see how bottomless Planet Zoo's The Sims-like menus really go. This is the kind of game that can last years.

Nicholas Leon
I’m diving back into Star Wars Jedi: Fallen Order this weekend. There’s just so much to do and explore even after the game is done. I spent and unhealthy amount of after-hours just finding all the outfits in the game-on week nights!

I’ve realized that I probably would have had a better time with the game if I spent time leveling up more of my skills—lightsaber damage, force powers, and finding more health packs. I’m hesitant to start a new game because I’d rather hold out for a new game+ mode, which I’m not sure the game has yet.