A game within a game, Mad Games Tycoon is out now

I've always had a soft spot for Tycoon games. They bring just a bit of zany into the sim genre and add that corresponding dash of fun for some great time wasters. The last decade or so has really seen the space explode, until now we finally have the Ouroboros we were always heading for with a game about making games, Mad Games Tycoon. This isn't the first time we've seen this type of outing, Game Dev Tycoon has been out 7 years now offering this type of challenge but was mostly a PC/mobile game. Mad Games Tycoon enters not just on PC, but also invading the console space as well, and bring a slew of more detailed options. Whether the game still toes that line of Tycoon-zany fun without crossing over into soggy sim will be the key to its success. But with Mad Games Tycoon we get choices like genre; game engine; graphics, sound, and control options; next-gen console creation; studio details and layout; staff management; everything to go from two dudes working in your garage to a full fledged gaming empire.

More than just an office sim, over 15 genres and 200 sub-categories of games are represented. Surely game designer tycoon game has to be in there somehow right? Because I really feel this need to play a game about creating a game where I create a game about creating games... Honestly, this feels like what you would get if you somehow crossed WeWork with Plague Inc. but instead of designing a pandemic, you were actually Pandemic Studios.

Mad Games Tycoon is out now for PS4, Xbox One, Switch, and PC. The full press release is after the Read More link below.

Build a Gaming Empire in Mad Games Tycoon — Available for PC, Nintendo Switch, PlayStation 4, and Xbox One from Toplitz Productions

Irdning, Austria (November 13, 2019) — Publisher Toplitz Productions today released the video game business simulation Mad Games Tycoon. The game, available for PC, Xbox One, PlayStation 4, and Nintendo Switch, challenges players to take on the role of a game creator, starting small by building games in their virtual garages, getting them to market, then building their business up to become a full-fledged development studio. Players will deal with all aspects of running a gaming business, from selecting office space to hiring developers, distribution, and marketing staff, while working their way up to building their own game engines and consoles!

Features of Mad Games Tycoon include:

Mad Games Tycoon challenges players to go from a garage-based two-person game development team to a mega-business based not only on games but engine development and console creation! Aspiring development superstars will need to hire the right people to craft amazing games, while handling all the logistics of a real-world studio, from making deals to license the hottest IPs, to renting the right-sized office space for a growing super-studio. 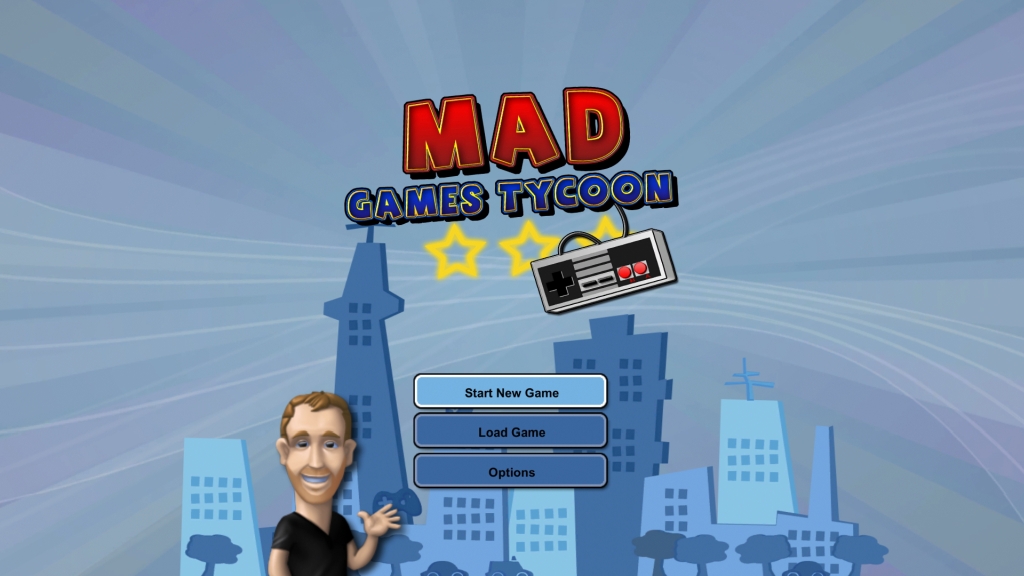