Time Magazine gathers what you need to know about Blizzard, Hong Kong protests, and politics in esports. Mashable looks at how gaming has changed over the last 10 years (an eternity). And according to the NPD Group, it only took NBA 2K20 one month to become the best-selling video game of 2019. 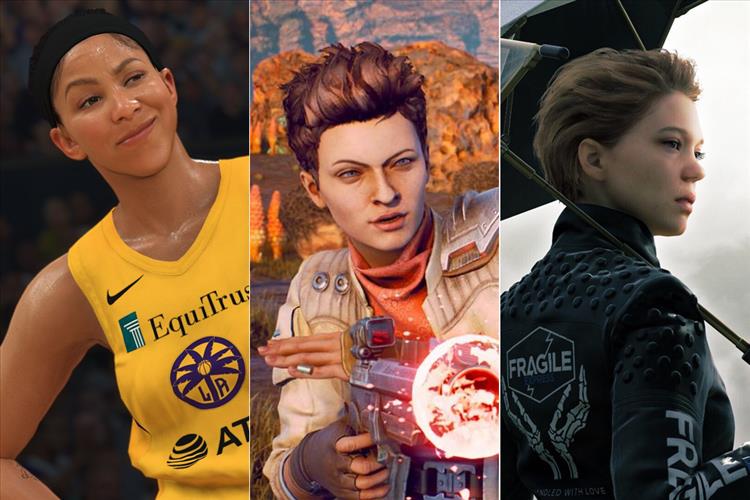 Eric Hauter
Like John, I am also deeply entrenched in The Outer Worlds. I'm now on my second playthrough, so I'm running around Halcyon, righting wrongs, and taking petty revenge on some bad people I let live the first time around. Die, cannibals, die!

In addition, I'm preparing to jump back into Firewall Zero Hour on PS VR to check out the new season—Operation: Heartland. I haven't been back in the game since my review a year ago, so I'm expecting to get killed a lot. I'm thinking that I'll pretend to be a small child that somehow strapped on their parent's PS VR, so that the hardened mercs of Firewall have some pity on me and won't criticize my failures too harshly when I inevitably let down the team.

Randy Kalista
Still not allowed to say anything about my Death Stranding review—aside from the fact that I have Death Stranding for review. And boy am reviewing it. Reviewing the heck out of that thing. So much reviewing going on.

Bad North went mobile last week, and mobile is absolutely where Bad North feels right at home. My adorable little Vikings are running around the bubbly-grid islands, protecting their homesteads from marauders that sail right out of the mist and onto my shores with malicious intent. The islands are blood-stained brown on the overworld map after each battle. But everybody's so cute when they bop around the screen and jab each other with pikes and pick each other off with arrows.

Nicholas Leon
The game I’m most excited for every weekend is my Dungeons & Dragons campaign. I’ve found a great group of people who take the game seriously enough without getting too involved in it. It’s actually the first campaign I’ve been a part of in a couple years, and it’s the most fun I’ve ever had. At three hours, it’s the shortest game round I’ve ever played, and we somehow get plenty of things done in that time. Compared to games where a whole session could take up to six hours with nothing being done, it’s an amazing accomplishment.

I play a Dragonborn tank, who I took over from a friend. She was playing them as a pacifist environmentalist, but I play them as a violently militant protocommunist. Our most recent accomplishment was actually overthrowing the government of Phandalin and replacing the government with unions based on the town’s farmers and miners. It’s been the most fun I’ve had in a tabletop RPG in quite a while.

It makes me think of the potential of great team-based games where we can all cozy up around a table and violently overthrow feckless authoritarian governments.

John Yan
It's all about The Outer Worlds this weekend. Thanks to the wonders of Xbox Ultimate Game Pass, I'm getting ready to go into an RPG by Obsidian again. Yes, I may be excited because I'm hoping for that Fallout: New Vegas magic in The Outer Worlds, and early word is that it's really good. And if that's the case, then I can see myself playing through The Outer Worlds a few times like I did New Vegas. So, that's about it. The Outer Worlds. Yeah.