Looks like Rockstar is finally bringing Read Dead Redemption II and Red Dead Online over to the PC folks per an announcement on their Twitter feed earlier today. 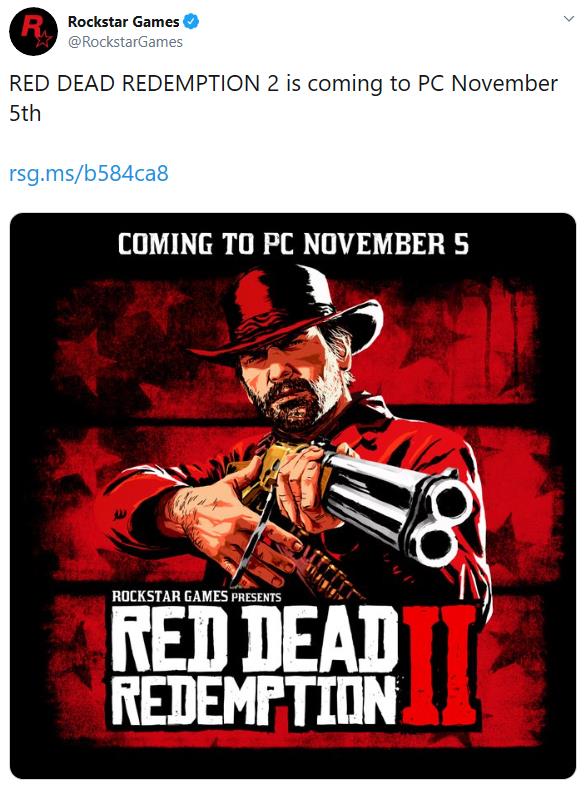 The game will provide free access to Red Dead Online, which will contain all of the previously released content from the console version.  The game will also feature "...a a range of graphical and technical enhancements for increased immersion along with new Bounty Hunting Missions, Gang Hideouts, Weapons and more" per Rockstar's Official Site.
In addition, if you pre-purchase the game on the Rockstar Launcher (available Oct 9th) the company will throw in some bonuses and upgrades for free.

Doesn't, sound like much?  Well, in actuality, Rockstar is throwing in quite a bit including two free games, free upgrade to the premium edition of RDR 2, with discounts to the special and Ultimate editions of $20 each.

Further pre-purchase bonuses via the Rockstar Games Launcher include:

The Staff here at GN has been spending some time running around in GTA Online recently, so this may be a new one for us to add to our sessions.