The soundtrack for WWE 2K20 has been revealed and uhhh yeah it sure is something.

Maybe I have reached the "you darn kids these days" stage of my life cause I have no idea who any of these bands are except for Motley Crue and The Misfits. That said, I have no been a fan of the soundtracks for WWE games as of late.

Maybe it's nostalgia but I feel that the soundtracks from the games in the 2000's with songs like Firefly, Big Train, Can't Stop, and Alive and Kicking were perfect for the games because those songs were pro wrestling in music form. They just had the tone and fell of a WWE event. Even though times have changed and we are long past the Ruthless Aggression era, none of these songs just say "pro wrestling" at all.

Anyways, here is your soundtrack for WWE 2K20. 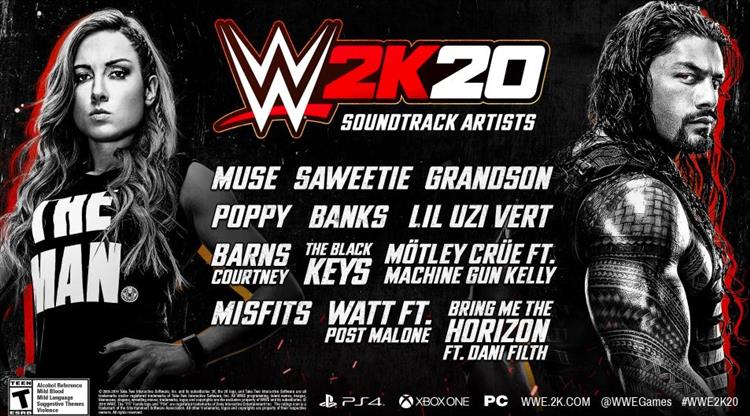