No Man's Sky is getting a physical re-release on PS4

Sean Murray, the mercurial founder of studio Hello Games, has a new update on the official PlayStation blog. His work-in-progress, procedural space sim No Man's Sky, originally a PS4 console exclusive, is getting a full retail re-release on Sony's console. This new edition will bundle in all the DLC content that has been added to the game over the past 3 years, including the recent Beyond update, which added full VR and a mess of multiplayer improvements, new features and quality of life updates.

This is an interesting way to bring No Man's Sky full circle. Beyond brought the game up to version 2.0 and finally remedied a lot of the remaining issues many players had with the ambitious-yet-flawed space exploration title. I have a feeling that original PS4 copies of the game might get scarce from here on out.

After all, if you pop in a launch edition No Man's Sky disc and turn off your PS4's internet to prevent it from updating the game, you can play the game in all its ignoble 1.0 glory. It's really a fascinating experience to revisit the game as it existed at launch; it feels a lot more like an early alpha, a lonely, vast but comparatively harsh and barren universe. It's also cool to see just how tremendously far No Man's Sky has come since August 2016. Murray and his team may have over-promised back then, but they really went above and beyond on all the free content the game has received since launch, and they're still working on it!

Good on ya, Hello Games. I look forward to more space adventures when No Man's Sky Beyond launches at retail on September 10th. 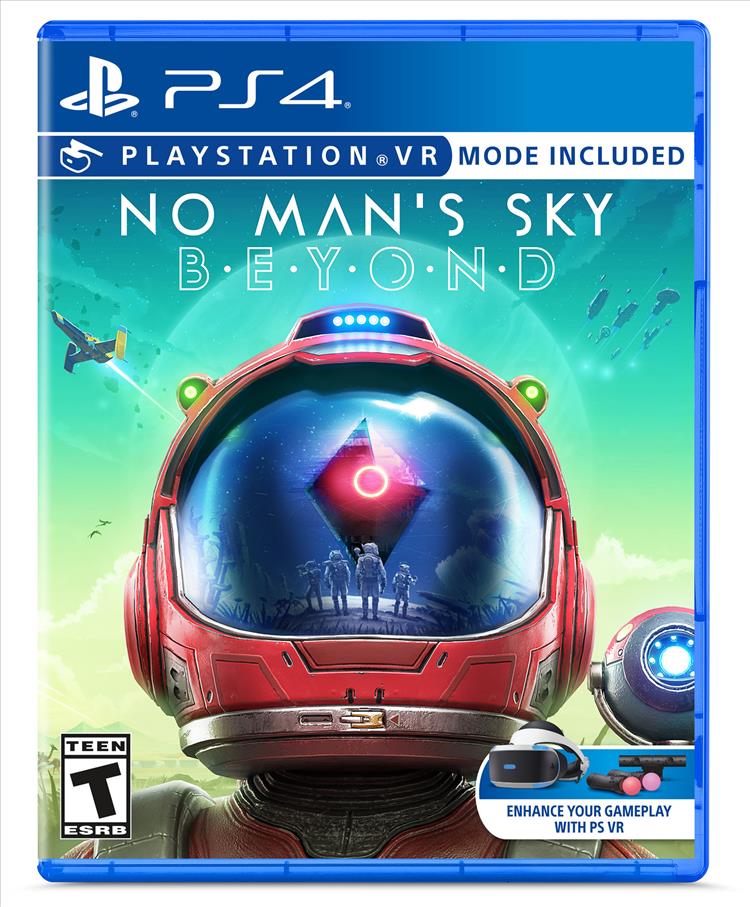