With E3 week right around the corner with the show kicking off on June 11th, Microsoft is gearing up with a massive sale on just about everything Xbox.  Starting on June 7th, Microsoft will discount games, subscriptions, accessories, gaming PCs, gear and consoles until June 17th. 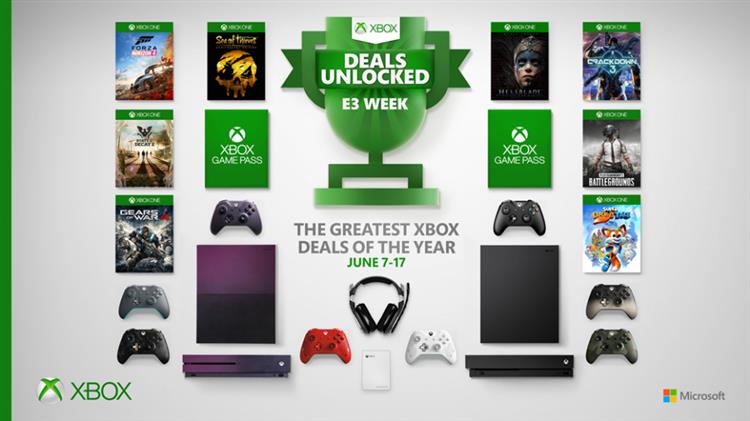 Looks like the sale will extend to Microsoft retail partners in addition to Xbox.com and Windows store .  Keep a close eye on the Xbox Game Pass and Xbox Live subscriptions, as the impending changeover to new subs that will encompass PC gaming (rumored to be the Ultimate Pass) may allow older subs to upgrade to Ultimate for free.  Would be a cheaper way to gain access to that going forward at a lower rate.