Electronic Arts announced today that they have entered into a publishing agreement with Velan Studios, a development company founded by industry veterans Guha and Karthik Bala. Through the agreement, EA will be responsible for publishing the first original intellectual property for consoles, PC, and mobile.

The studio has already attracted talent who previously worked on highly successful games, including Guitar Hero and Metroid Prime.

The full press release can be found by clicking Read More. 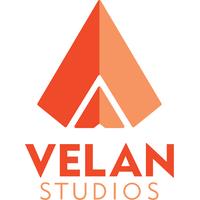 REDWOOD CITY, CA AND TROY, NY – March 25, 2019 – Electronic Arts Inc. (NASDAQ: EA) and Velan Studios, an independent game developer dedicated to creating new play experiences, announced that EA Partners will publish Velan’s first original IP for consoles, PC and mobile. In addition to introducing a unique game world, the title will pioneer an entirely new and entertaining way to experience team-based action.  To bring their vision to life, Velan Studios also announced that it will add 40 jobs, doubling its current development team by the end of the year.

Velan Studios was founded in 2016 by Guha and Karthik Bala, industry veterans who grew their first company - Vicarious Visions – from a basement startup to the forefront of AAA console development. The studio has already attracted world class talent whose credits include Guitar Hero, Skylanders, Rock Band, Super Mario Maker, Metroid Prime, Destiny and Uncharted, among others.  They’re actively recruiting other seasoned developers to join the team.

“In EA Partners, we found a team devoted to bringing breakthrough ideas to players everywhere. They believe in our creative vision and will use their best-in-class resources to support the success of our game,” said Guha Bala, President and Co-Founder, Velan Studios. “We started Velan Studios to make community-centered play experiences that are daring and distinctive from what’s being played today. We can’t wait to share the details of our first original game in the future.”

“Exploring the boundaries of play with new technology and play patterns is what makes us tick,” said Karthik Bala, CEO and Co-Founder of Velan Studios. “Our plan was always simple: build an awesome team, find the magic in something new that the team was passionate about and then enable their success. We are looking forward to introducing their vision and evolving it along with players for many years to come.”

“Velan’s vision for this new game experience is very inspiring, and when we played it, we were immediately captured by how engaging and unexpectedly compelling it was,” said Rob Letts, General Manager of EA Partners and EA Originals. “Helping discover pioneering talent with ground-breaking games the world needs to play is what we’re here to do, and we look forward to partnering with Velan to deliver an experience that will push the boundaries of original IP and innovation to engage players in new ways.”

To date, Velan Studios has raised $7 million to provide the resources for its creative teams to invent, iterate, and arrive at game experiences that are new and unique. The studio is hiring seasoned industry talent to turn creative ideas into inspiring, impactful games. To learn more about Velan Studios and all current career opportunities, please visit www.velanstudios.com.