The game was billed as a survival-action, and is set in an alternate universe of the Metal Gear Solid series. I played a four-player multiplayer match in which the goal was to secure a location and then defend its generator from an onslaught of zombie-like creatures that came in three waves.

In the beginning of the match, we selected from four pre-loaded, pre-customized characters that all fulfilled well-rounded roles on the team. Among them included a tank-like character who was equipped with a giant sword, like Cloud from Final Fantasy. The character I chose was a support-like character equipped with an assault rifle and bow and arrow. What was ironic is that two other people chose that character, making for three light-armored players and one heavy. The result was interesting. 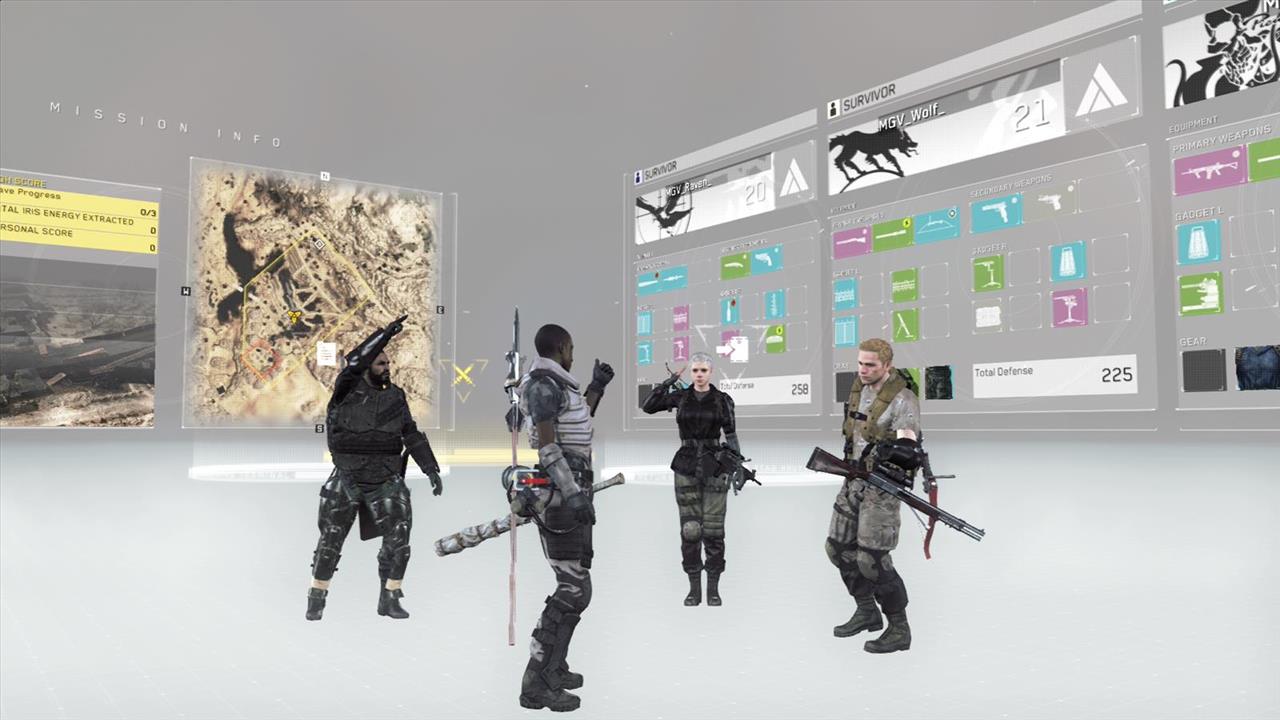 We started the match in a location away from the objective. We made our way to it, taking out the enemies in ways both stealthy and not. Once we were at the objective, we had three minutes to set up defenses such as traps, barbed wire fences, and watchtowers. There were also crafting benches on-sight where we could take materials we gathered to build more bullets and gadgets for our weapons. This was the aspect of the game that I found most frustrating. There was nothing clear in the mechanics denoting that I would retrieve my constructed bullets after I ran out of ammunition for my rifle, which happened early on in the match. But that was the only part of the crafting system that I tried, because it was the most urgent.

What followed was a hectic, if somewhat well-organized third-person shooter tower defense of this area. If a player was incapacitated, they could be revived by a teammate, or they would respawn within one minute. It's not entirely clear whether something like that will make it into the final game. Within the match were sidequests, such as going to grab extra materials or tech. I took the job of going to grab the walker at the edge of the map, dodging higher-level, armored zombie-like enemies who were guarding it. When I got back, a few of my teammates were down, and pretty much all of the defenses that had been set up were knocked down. Even with my skills in the walker, the enemies broke through, and destroyed our generator. We still received rewards for at least completing the match. Some of those rewards included resources collected, as well as gear.

The Konami reps stated that rewards reaped in online play would transfer over to single-player, but they were not entirely clear how that would happen. 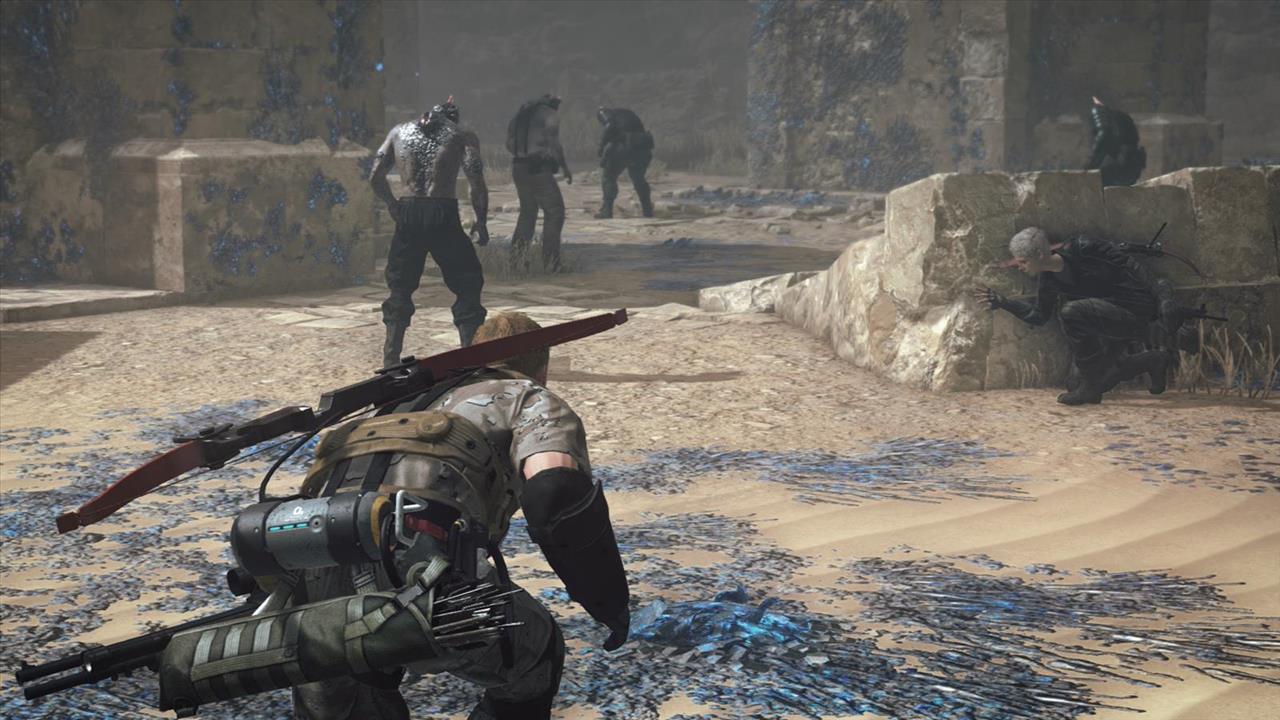 The game is still using the Fox Engine from MGSV, and once I started playing it, it seemed like it could have been a DLC for the previous Metal Gear Solid title. That's not to say it was a bad experience, but in the end, it felt like a tacked-on effort that did not have a grander vision of an overseeing creator like Kojima. Even the map we played on looked like it borrowed heavily from MGSV.

The aspect that works the most with the match was the team play, but because we were all sitting in such a way that communication proved difficult, it wasn't entirely possible, hence our loss. I'm not sure how integral melee and bows and arrows are to Metal Gear Solid, but this is the first time I've seen them playable in action for the series.