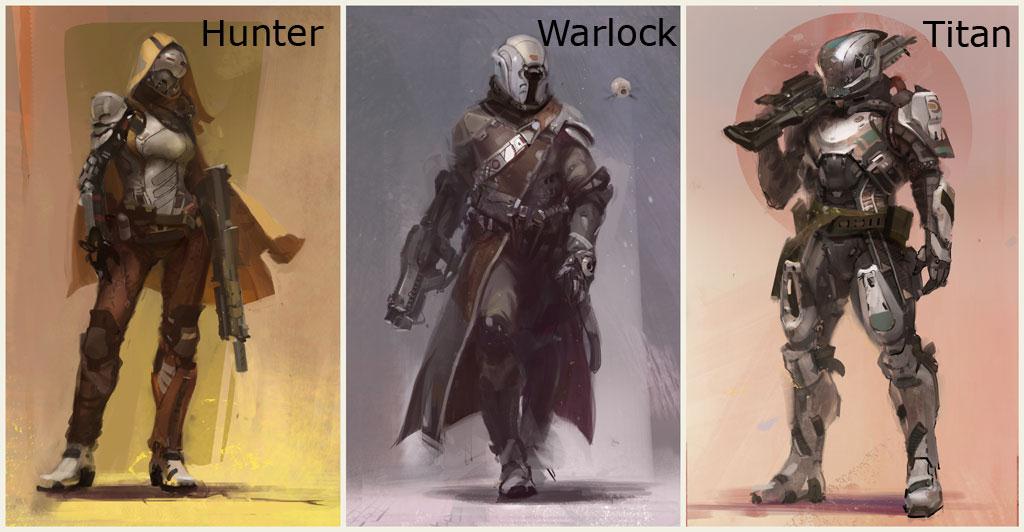 Destiny - What we know so far

Written by Charles Husemann on 2/17/2013 for 360   PS3
More On: Destiny
It’s easy for people to forget that Bungie was a successful developer before Halo..  Games like Marathon, Oni, and Myth were big hits before Master Chief first stepped out of a Cryo Chamber  Still, Master Chief casts a long shadow and in the “What have you done lately” video game industry people tend to quickly forget past successes to focus quickly.

On Bungie’s corporate website they list two corporate objectives:
With the monumental success of the Halo franchise you would have to think that Bungie would have enough money to take over at least a small nation (such as Luxenberg) but since they haven’t they are forced to continue cranking out kick ass games.

So let’s get to what Destiny is and isn’t.  Here’s a quick list of what we know so far about Bungie’s upcoming franchise.

What is Destiny?
Destiny will be a console shooter set 700 years in the future.  Mankind has gone spaceward and has achieved a new golden age.  Unfortunately an alien force has come to Earth, laid waste to most of the planet, and wiped out most of humanity.

Humanity is saved at the last minute by “The Traveler” a giant white orb that sacrifices itself during the final battle, leaving a giant white orb hovering a few hundred feet off the surface of the planet. It’s under the Traveler that Humanity regroups and begins to rebuild itself.  The Traveler also provide humanity with certain abilities that resembles magic.  We weren’t given a lot of details here but it looks like you will have more than the usual array of weapons at your disposal.

In the game you will play a guardian, a protector of the City under the traveler and humanity.  It’s up to you to keep the City safe from attack and re-establish humanity’s place in the universe. Along the way you’ll meet new characters, make new friends, and hopefully help humanity thrive.  The game will largely be set on Earth and it’s solar system as we were shown some concept art from levels on Mars, Venus, and the Earth’s moon.

So is Destiny one game?
Destiny is the name of the franchise, there will be specific names to the games revealed later on.

Is there a single player campaign?
If you want to go solo you can and the game will have a campaign that you can complete on your own.  You will see other players in the game world though. 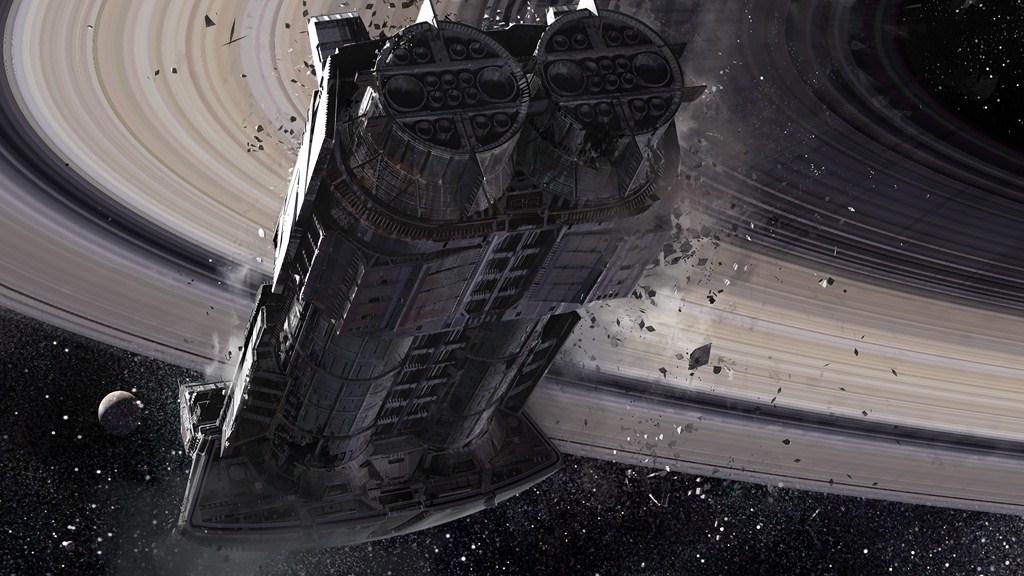 Co-op?
There is a heavy focus on co-op in the game and it sounds like you’ll be able to have a party of six people to explore the world with.  There will be co-op specific puzzles and Bungie is keen on creating a highly social game.

Competitive multiplayer?
Yup, that will be in there as well and from what we were told you will be able to earn points or some other kind of reward through the competitive multiplayer to earn items for the co-op and single player campaigns.  The example were were given was one player having an upgraded ship that they could fly around on.

Is it a MMO?
It’s not a MMO but it does have some MMO like elements built in.  They are billing Destiny as a combination First Person Shooter, Sandbox, exploration game within a persistent world and there appear to be some RPG elements in the game.

One of the big technical features of the game is a new matchmaking system that will dynamically move you between public and private instances with you noticing that you’re moving between them.  For instance you’ll be able to group with friends and as you play the game you’ll dynamically  walk through instanced and public areas where you can run into other players through the natural flow of the game.  All of this is transparent to the player as a matchmaking system is always working in the background to keep players engaged.

Will it have a monthly subscription?
No, the game won’t have a monthly subscription fee but the word commerce was mentioned a few times in the presentation.  You can be interpreted this as a barter based player economy or some form of microtransactions.  Since Activision doesn’t give stuff away I would expect some form of microtransactions built into the game.

Is it Online Only?
Yes, Destiny will be online only (even for single player) so if you don’t have a connection to the internet you’re going to want to skip the console version of the game.  While they didn’t mention any specific examples they did mention that there would ways for people to interact with the game through other means (such as app on your iPhone).

Will there be space travel?  What about space combat?
Space travel was confirmed at the end of the presentation but they hedged a bit on the space combat portion.  Given that we saw some basic stuff in HALO:Reach I think it’s not much of a stretch to expect to see some form of space combat. 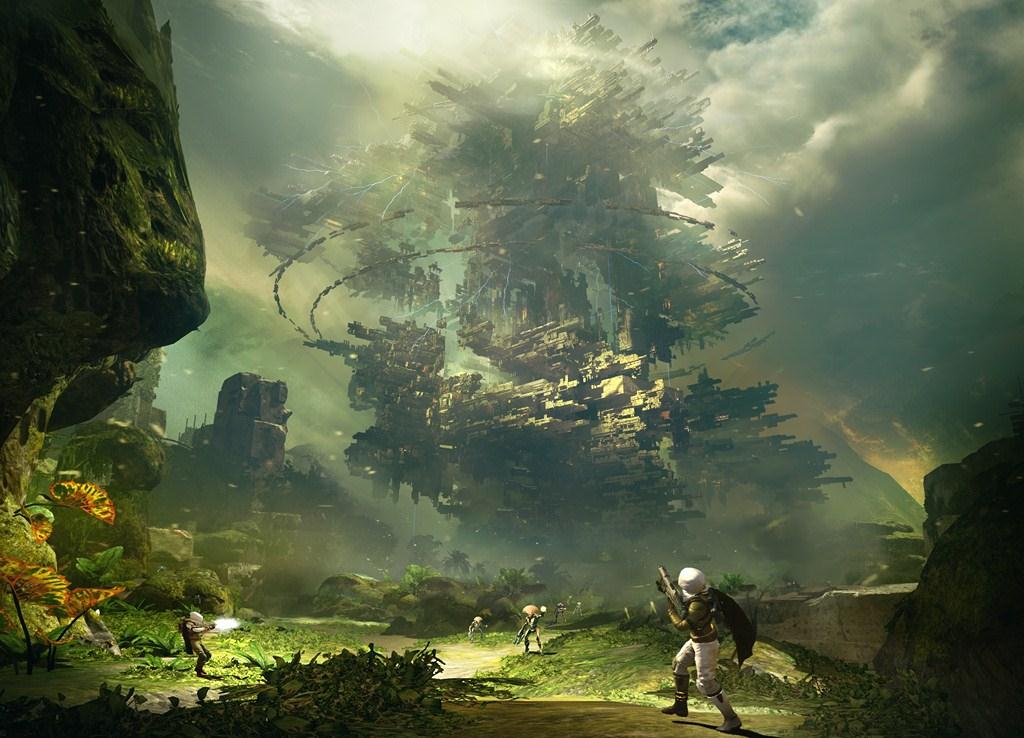 What consoles will it come out on?
Bungie didn’t mention anything specific but did say that it will run on current generation technology so I would expect a PS3 and Xbox 360 version at the start with an evolution to next generation consoles in the future.  Recently release rumors have confirmed this.

When will it come out?
Activision said they don’t expect to see anything in Fiscal 2013 but recent leaks seem to indicate that we’ll see something this fall.

What classes will be available?
We were shown the Titan (heavy soldier), Warlock (magic user), and Hunter (ranger/ranged attack class) at the presentation but not given much information about the differences between then  Given the genre I would expect at least one or two more classes to be revealed at some point.

Any info on enemies?
Bungie showed us three enemies the Vex (time traveling robots), The Fallen (space zombies), and the Kabal (think rhinos in armor).  Each set of enemies looked good but we weren’t given a lot of detail on motivation, backstory, or see them in action.

Will there be an app for Destiny?
Yes, we were shown an app that will allow you to look at your stats, progress, and it will send push notifications when new content is available in the game.  It also looks like you’ll be able to interact with the game via the app somehow but no specifics were given.

Will Bungie.net still track all my stats and info?
Definitely, they are going to have even more information available online and they are looking to track story progress as much as your stats.

That's what we have so far, keep checking the site for more information on the game.