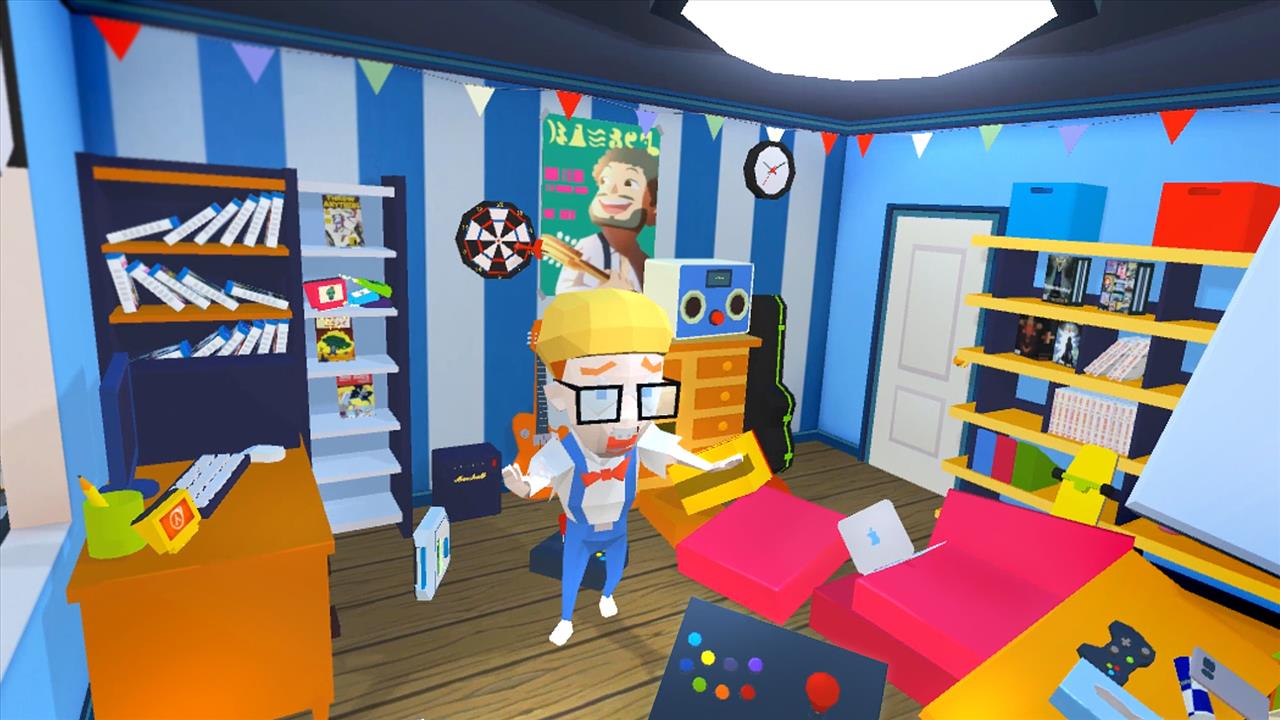 Throw Anything, the 2018 VR title released last week on PSVR, has a simple idea at its core; zombies are climbing up the side of the building you inhabit in order to eat your brain, and you must hurl things over the side to prevent them from reaching you.

At the beginning of each level, players find themselves in a room high above the ground with another human. Peering over the edge of the broken windows, you can see zombies milling on the ground below, beginning to amass for attack. You have about a minute to assess your situation and break up any furniture in the room into smaller pieces before the undead are close enough to merit your immediate attention.

But by the time you have everything all smashed and ready to throw, enemies are coming in hot and heavy, requiring quick action and precise aim. Once the surge is underway, the action doesn’t stop until you have defeated each level’s final, gigantic boss (and you have picked off any stragglers).

Rooms are filled with all sorts of amusing objects – everything from cooking instruments to actual instruments. I hurled ladles and guitars with equal abandon. Your human companion, clearly not grasping the extent of the danger, wanders around angrily squawking in protest as you throw their worldly possessions out the window – generally getting on your nerves and getting in the way. It is possible to throw your human out the window to deter the zombie incursion, and for a while they will simply reappear with crutches and bandages. But do this one too many times and your human buddy will join the invasion on the other side. 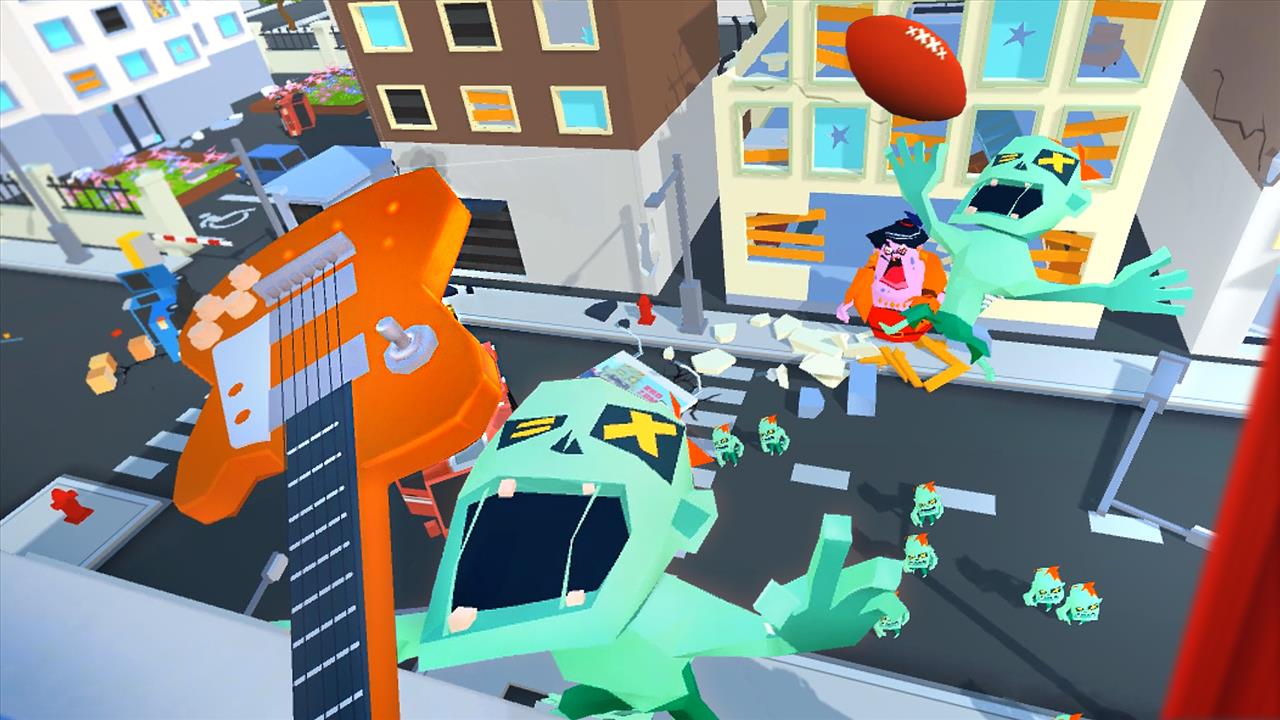 Levels are selected from a simple hub room. If you have simply survived to the end of a particular level, don’t be fooled into thinking that you have beaten it. In addition to staying alive, players must uncover an artifact hidden somewhere in the room – usually gated behind a simple puzzle that must be solved in the heat of combat.

In the meantime, a DHL delivery guy keeps popping in to deliver packages. Some contain useless nonsense, but many hold extremely valuable weapons. You never know what you are going to get when this guy shows up – but whatever it is, you have to think strategically about whether to use it now or save it for when the gargantuan boss attacks. 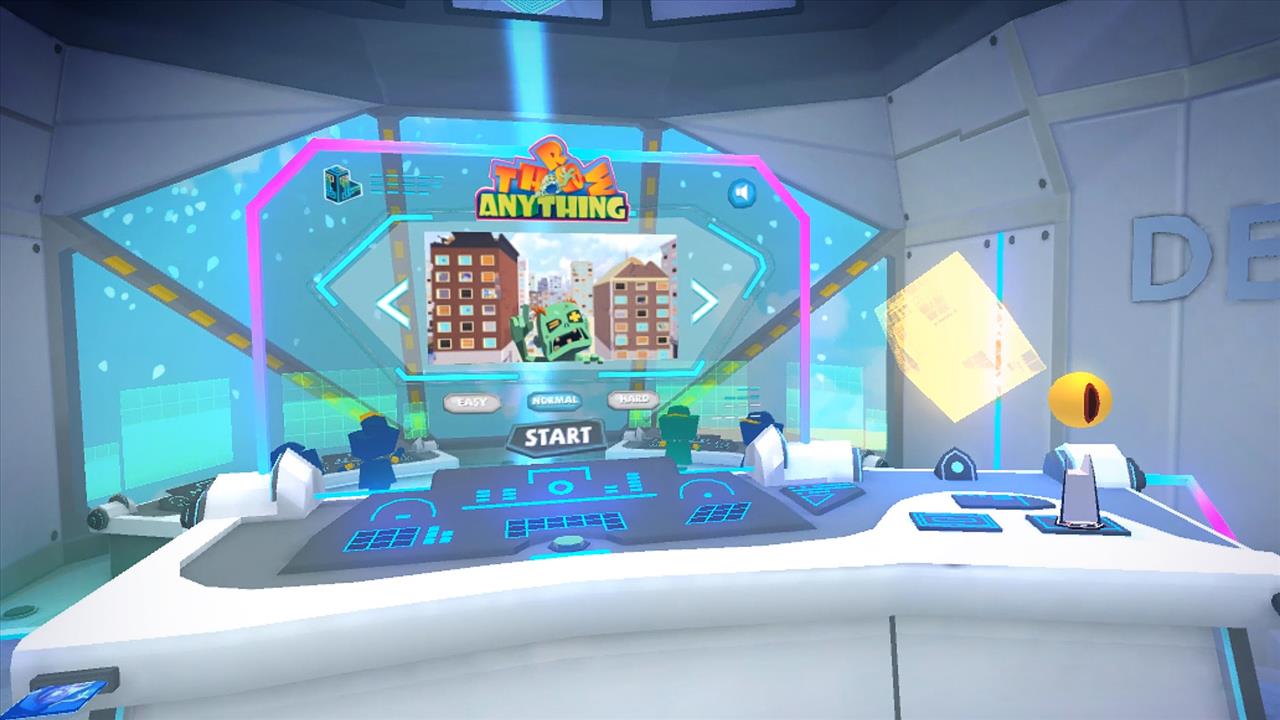 While all of this swirling activity never quite reaches the stressful crescendos of VR cooking games, Throw Anything shares a lot more DNA with those titles than the swarm of PSVR wave shooters released week after week. Throw Anything is more or less a multitasking simulator, and the level of stress you experience in these scenarios depends on how well you can handle juggling multiple priorities at once.

While the concept of the game is fairly simple, some usability issues do become apparent fairly early on. The nature of Throw Anything dictates that players are facing a window, with the room full of stuff behind them. To pick stuff up, you point a Move Controller at it and press the trigger. The item will teleport to your hand, and then you can turn and toss it out the window towards the nearest zombie. 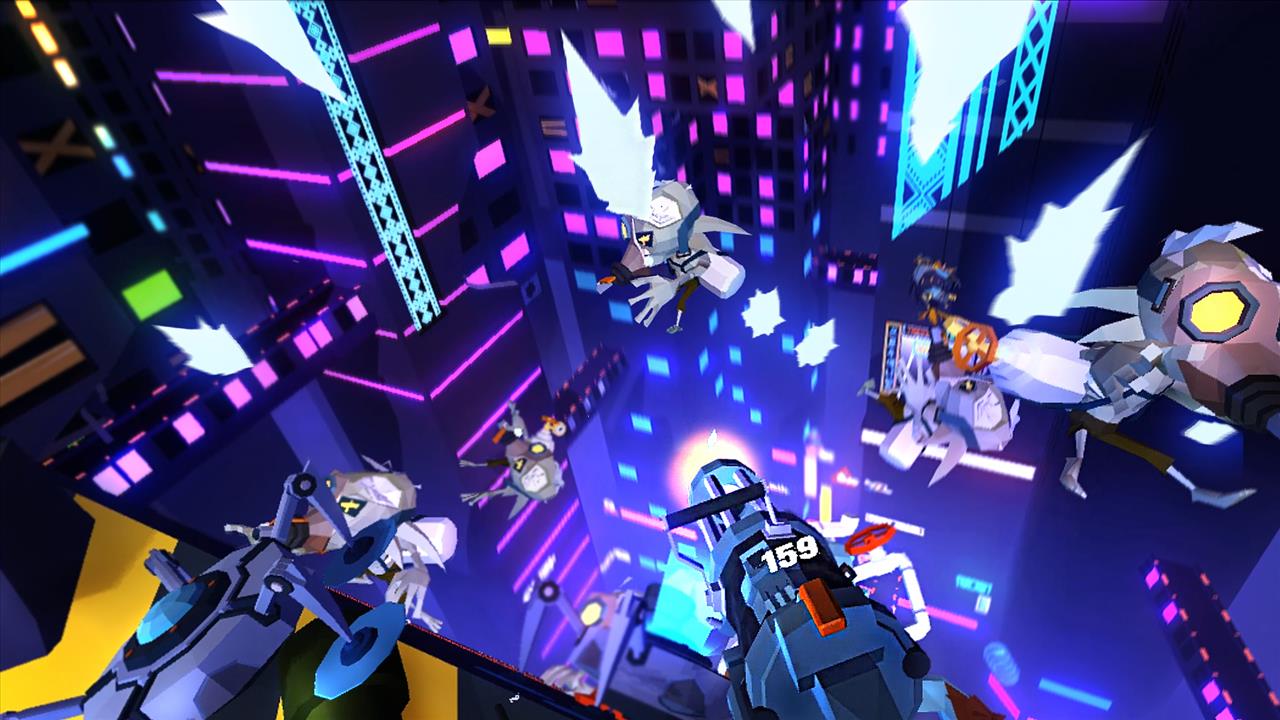 This is all well and good, except for the fact that the PSVR only has one camera, so when you turn around to grab stuff, you obscure the Move Controller from the camera. This obviously leads to a lot of problems, and moving out of the way so that the camera can see the controller completely takes you out of the experience.

This could have easily been remedied by the inclusion of a button that would spin players 180 degrees. But for whatever reason, Throw Anything demands that players turn back and forth, potentially tying themselves up in PlayStation VR’s notorious cords.

In fact, while I was playing the third level, I was simultaneously grabbing something in game, while stepping out of the way so that the controller would register. My feet got tangled in the cord, and for a moment my lizard brain thought that I was about to fall out of the open window. I involuntarily sprawled backwards to keep from falling and fell right down on my behind. My own clumsiness, to be sure, but the point is that continuously turning back and forth in a game with PSVR is not nearly as viable as it is with PC VR systems. 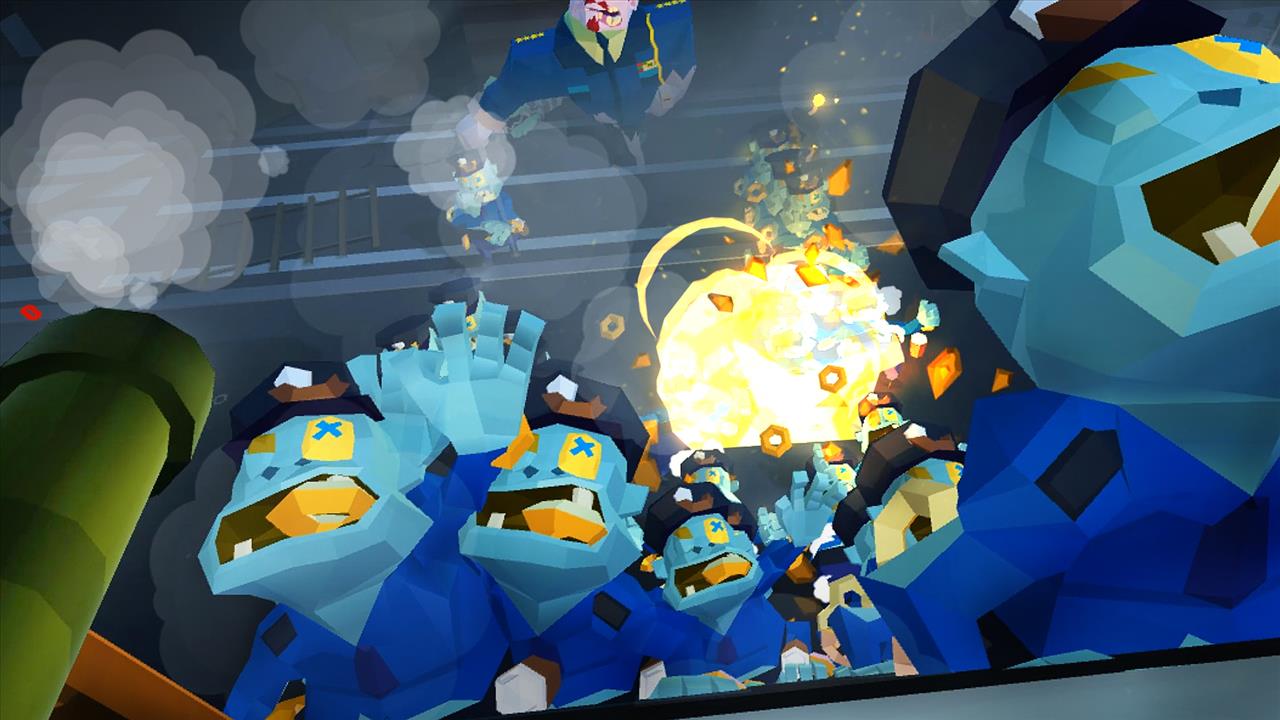 Another strange quirk is the way Throw Anything prevents players from passing objects from hand to hand. I’m left-handed, and when I open a box with my right hand and find a machine gun, I want to pass it to my left hand so I can actually aim the thing. Instead, I was forced to throw the item on the ground and then pick it up with the other hand – fairly time consuming when the enemy is at the gates (or the window, as the case may be).

But these playability quibbles are not enough to sink Throw Anything, which remains a light and fun VR experience. The game isn’t terribly long – once a player knows the solutions to the puzzles, I imagine that they will be able to run through the entire thing in about an hour. But three difficulty levels add a bit of replay value, and the game provides a few small sandbox areas to play around with objects and weapons. While there are better places to mess around with VR physics, I nonetheless appreciate the effort.

Throw Anything is a nice VR diversion, a game that anyone can pick up and play without a ton of fuss. The game’s graphics look a lot better in motion than screen shots would suggest, and the feeling of vertigo you get when leaning out the window (my sore bottom can attest) can feel very real. Throw Anything isn’t going to win any awards, but it is fun to play, and whacking a zombie with a bat covered in barbed wire (hey, where’d they get that idea?) never gets old. I would recommend giving this one a shot if you are looking to pick up a quick title that’ll entertain the kids. It’ll kill a chilly winter afternoon, and unless you fall down, the experience will likely be painless.

Throw Anything is a fun and well-made VR diversion that delivers some real thrills. While the tracking becomes an issue due to PSVR’s single camera, the cleverness of the level design compels players to work through the clunkiness. This game is not terribly long, but a few difficulty levels extend the play time. Dropping stuff on zombies is pretty entertaining at its core.