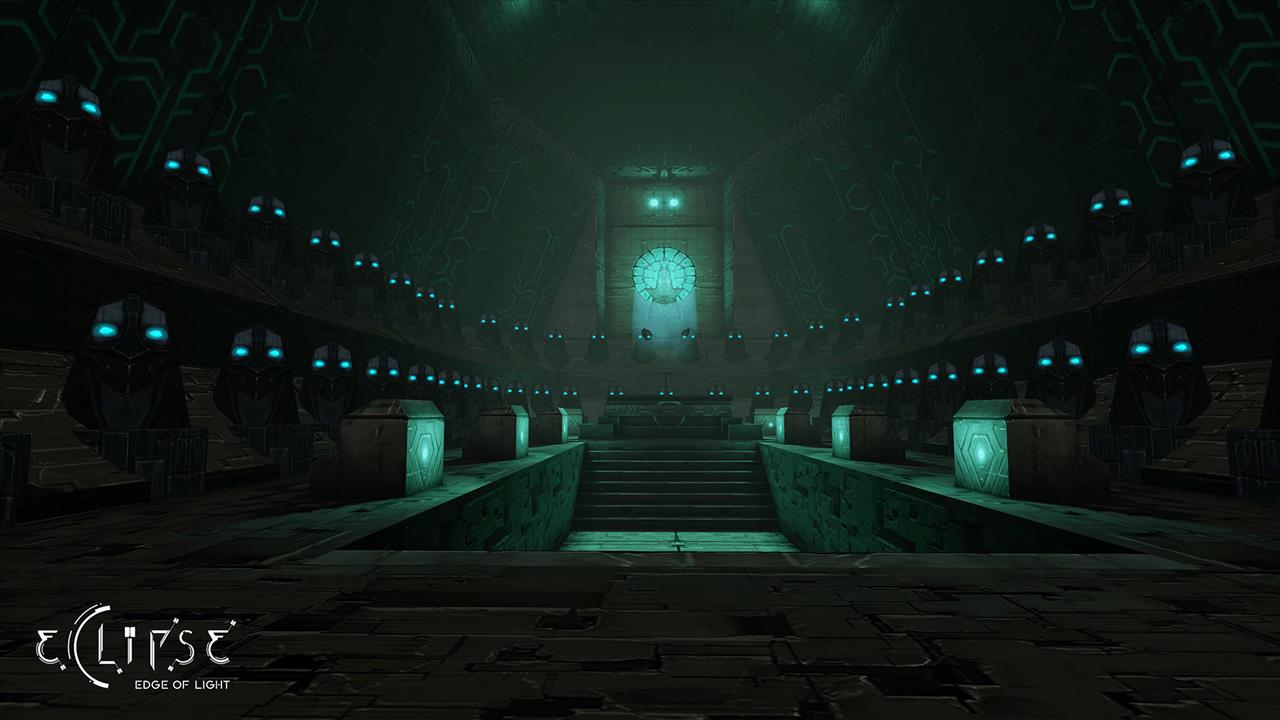 PlayStation VR has no shortage of games that involve players exploring mysterious worlds. I have crash-landed on countless lost planets, explored endless mysterious ruins, and solved one cryptic puzzle after another. I can sleepwalk through alien caverns, and double suns and triple moons hold very little interest for me these days. Stunning alien vistas no longer incite the awe they once did. I am a jaded VR science fiction player. These days, it takes something special to capture my waning attention in a crowded market.

Luckily, Eclipse: Edge of Light does indeed have something special. Proving that sometimes less is more, Eclipse gives the player a few simple mechanics and sends them on their way into a world that feels beautiful and lonely. Never more complicated than it needs to be, Eclipse will take around two hours for the average player to complete. But what a marvelous two hours.

I was recently speaking with a developer working in the VR space, and he commented to me that VR games could have graphics that work approximately on the level of a Nintendo 64 game, and still look “real” to the player. This is absolutely true, and Eclipse proves it. Originally developed for the Google Daydream, Eclipse: Edge of Light isn’t setting any records for detailed textures or draw distance. But what it does have is imagination and a wistful sense of loss, and those will carry even the most primitive graphics to success in the VR space. Eclipse sparked a sense of wonder in my cynical mind, which is far more than I expected.

You already know the drill. You awaken next to your crashed ship and start making your way forward across a mysterious landscape. I don’t want to spoil any of Eclipse’s story beats at all, because uncovering what happened on this abandoned globe is the fun of the game. Suffice to say that a lost people left behind ruins of their civilization, and it is up to the player to piece together what happened. 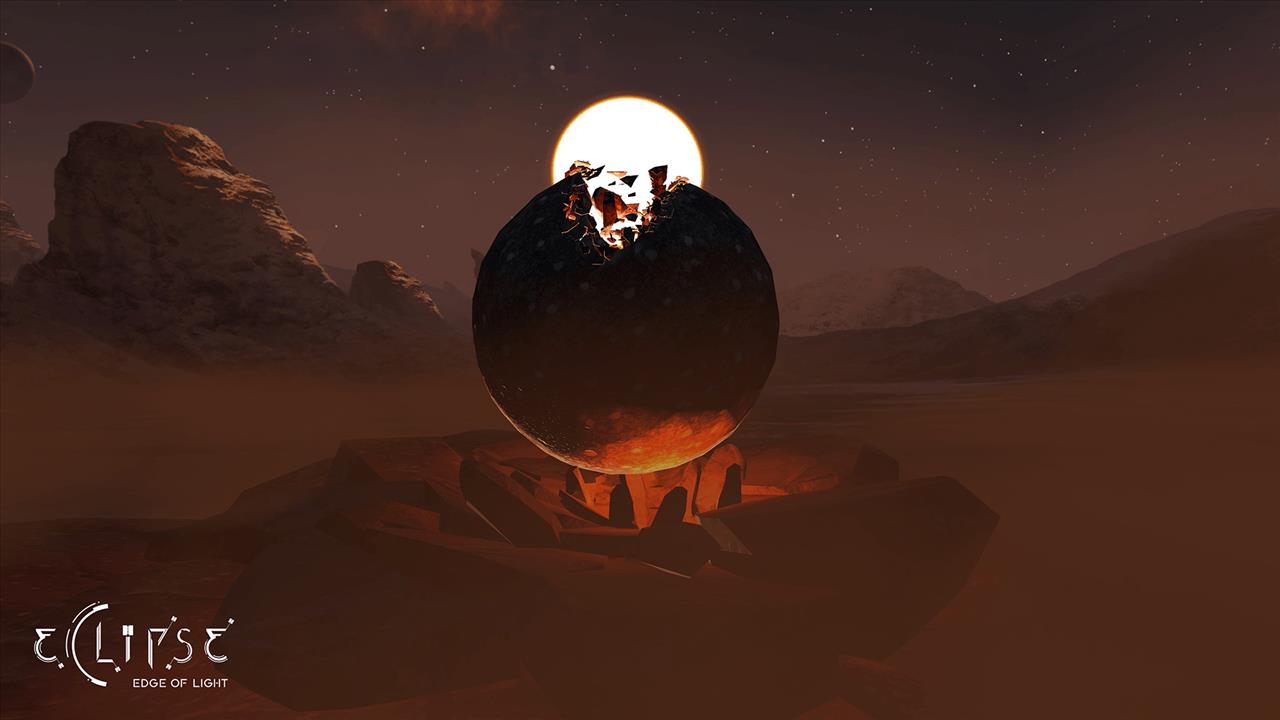 This is done primarily through exploration and light puzzle solving. The puzzles in Eclipse aren’t complicated, but they are just enough to make the player pause for a moment, which allows for a moment of satisfaction when the solution clicks.

Most of the puzzles involve the “artifact”, a mysterious orb that the player can whip at nearby objects. As there is no combat in Eclipse, much of the game is spent poking around and tossing the orb at stuff to see what happens. Luckily, the orb tossing mechanic works splendidly, with just enough AI assistance built in to figure out what you are clumsily trying to aim at and deliver the orb where you want it to go. 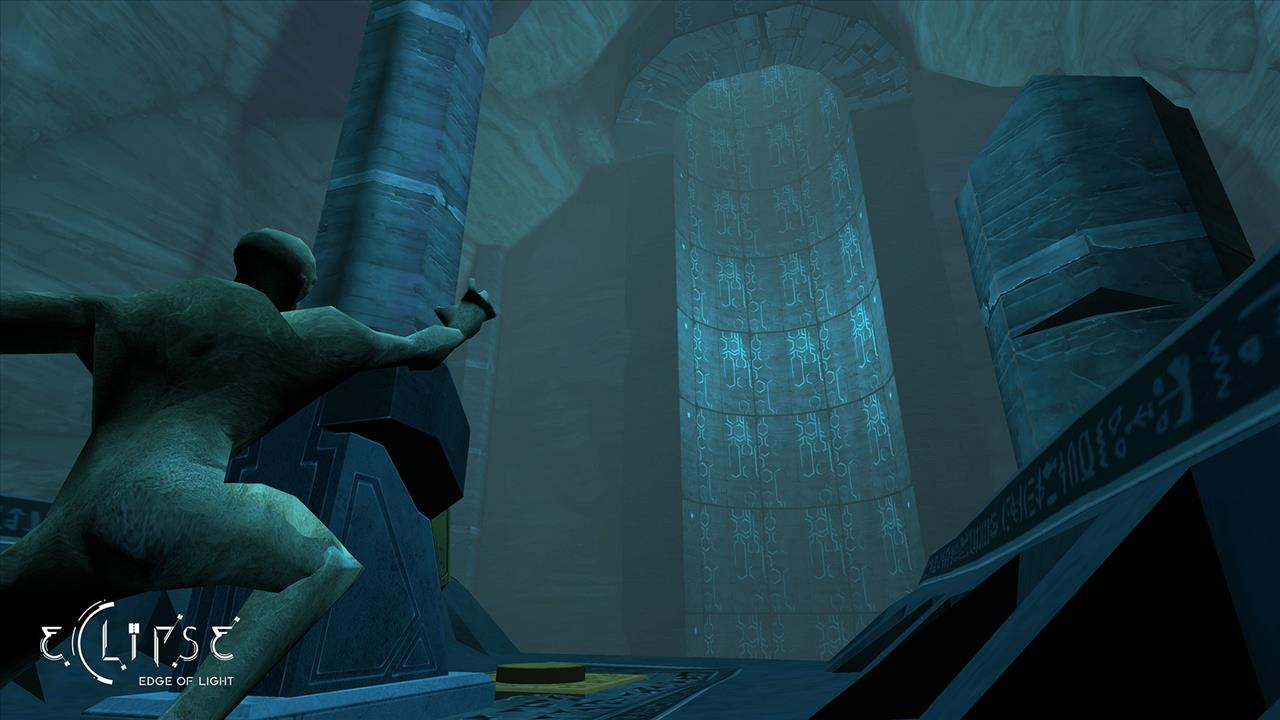 Since the orb can smash stuff, it is endlessly fun to press the R2 button and flick your DualShock in your general intended direction. If you inferred from that statement that Eclipse: Edge of Light does not support the Move Controllers, you inferred correctly. However, after a few moments, I didn’t mind a bit. I happily traded freedom of hand motion for analog stick movement, and a variety of comfort options ensured that I was nausea-free for the entirety of the game.

In addition to walking, Eclipse straps a jetpack to the player’s back and allows them to briefly launch themselves skyward as often as they please. This lends a great sense of verticality to the game, with the exploration frequently punctuated by mild platforming sections. Like much of Eclipse, these sections aren’t terribly difficult, but they are enjoyable. The gravity on Eclipse’s world is quite low, so missing a landing sends you gently wafting back down to the ground, with plenty of time to course correct. Landing on a lower platform is usually possible, and the only times I died in Eclipse were moments where I was gawking in the wrong direction and drifted past my intended endpoint. 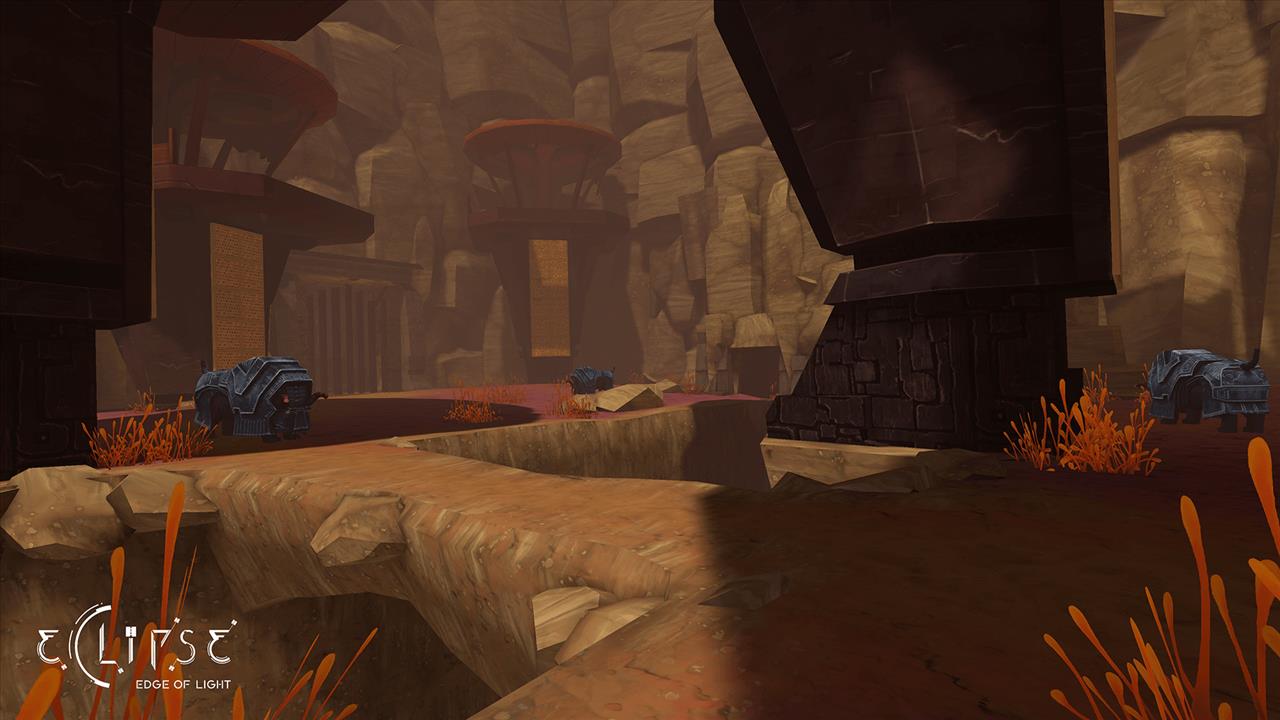 Exploration is the primary reward in Eclipse, and if you happen to see a corridor off the side, you should definitely take the time to go and look at it. Eclipse’s story is delivered in tiny drips, and poking around only reveals more detail to the already fascinating tale. Interesting puzzles and sights await those that are willing to divert from the beaten path, and Eclipse doesn’t punish you for attempting to jetpack to the top of some of its massive structures. Some of the areas in Eclipse are truly epic in scope, and players should take the time to peek into all of the corners.

My earlier comment about the graphics might lead you to believe that Eclipse is an ugly game, but that is far from the truth. In fact, Eclipse achieves an eerie sense of presence that I’ve rarely felt in VR. Though the sights are not overflowing with fancy ray-traced textures, Eclipse still manages to deliver a few unsettling moments that sent a delicious chill down my spine. Between its surprising level design, and its stunning score, Eclipse feels like a world lost, and an unexpected gentle sadness pervades the experience.

My first session with the game, I only intended to play about a half hour. Ninety minutes later, my wife was tapping me on the shoulder for dinner. I had no idea that so much time had gone by. I was completely absorbed in Eclipse’s mysterious world. There is something intangible happening in Eclipse that sets it apart from other games of its ilk. Some neo-1970s sci-fi weirdness that bypasses the brain to grab hold of the heart and fill it with longing. This is a game that will echo around in my mind for quite some time to come.

While it isn’t winning any graphics awards (not that it's terrible), Eclipse: Edge of Light still manages to achieve VR greatness. With a few simple mechanics, Eclipse allows the player to experience its eerie, lonely world in ways that feel tactile and rewarding. Highly recommended for fans of trippy sci-fi, Eclipse stands out from the crowd in all the right ways.