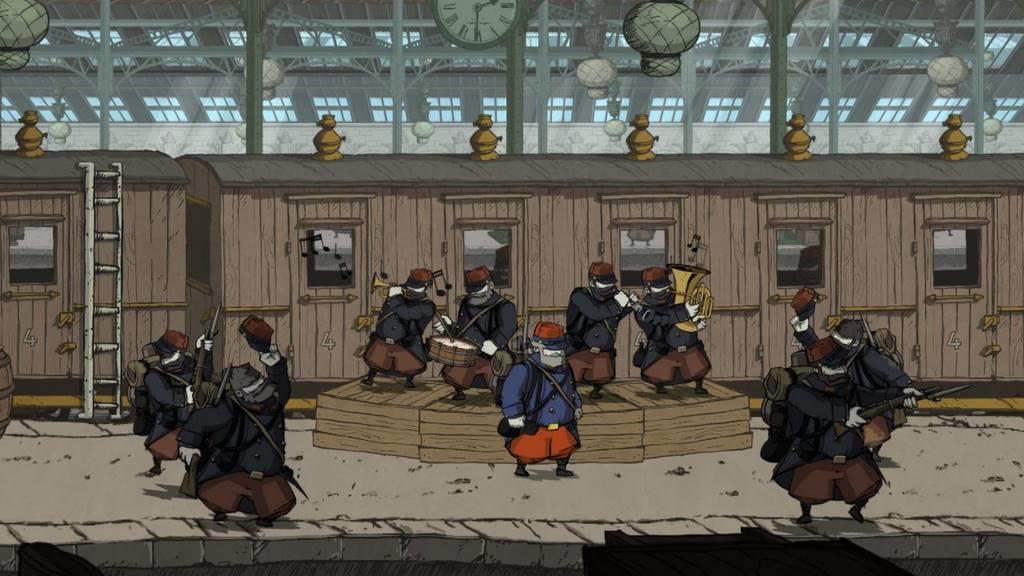 I’m late to this interesting take on World War I.  I was aware of it when it was released back in the middle of 2014, across the various platforms, and the visuals struck me as interesting, but ultimately I let this one pass me by. Now that Valiant Hearts has hit the Switch, it seemed like the perfect time to check up on what this game was all about, at least until Smash Brothers showed up. Ubisoft wisely gave this game some breathing room ahead of Nintendo’s behemoth, because it’s worth the trip from start to finish to see this tragic tale on the horrors of war to it’s inevitable conclusion.

Rather than most typical war games we see released these days, the first person shooter, lots of guns, explosions, kill streaks, multiplayer, Valiant Hearts goes the route of games like Braid, Inside, and Limbo. The puzzle platforming gameplay features multiple characters each experiencing the first World War from different perspectives. The story follows four principal characters after the assassination of Archduke Franz Ferdinand, Karl, Emile, Anna, and Freddie. Each character enters this war under different circumstances, Karl was drafted into the German army after being forcibly deported from France, while his father-in-law, Emile is drafted into the French army. Freddie is an American who volunteered to join the French army after losing his wife during a bombing run by the Germans, and Anna is a field medic who joined the fight to find her father. They all have a common thread, the infamous Baron Von Dorf, who serves as the antagonist to the four foils.

Each character’s journey is chronicled across four episodes, with multiple chapters detailing their lives on the warfront. In addition to this there are various chronicles that tell the historical facts of the war to go along with each character’s that unlock as the story progresses in addition to character diaries that get filled in as the game progresses. The unconventional gameplay for a war game also strangely fits this compelling adventure, with each character having a special skill that aids them throughout the story. Emile’s shovel allows him to dig when necessary, Freddie’s able to get through barbed wire with his cutters, and Anna’s able to heal soldiers using a timing mini-game, there’s also Walt, a dog who manages to always be in the right place at the right time and can be given commands to assist whomever is being controlled. There’s also a bit of stealth gameplay, a lot of environmental puzzle solving using each character’s abilities, and even a rhythm game. 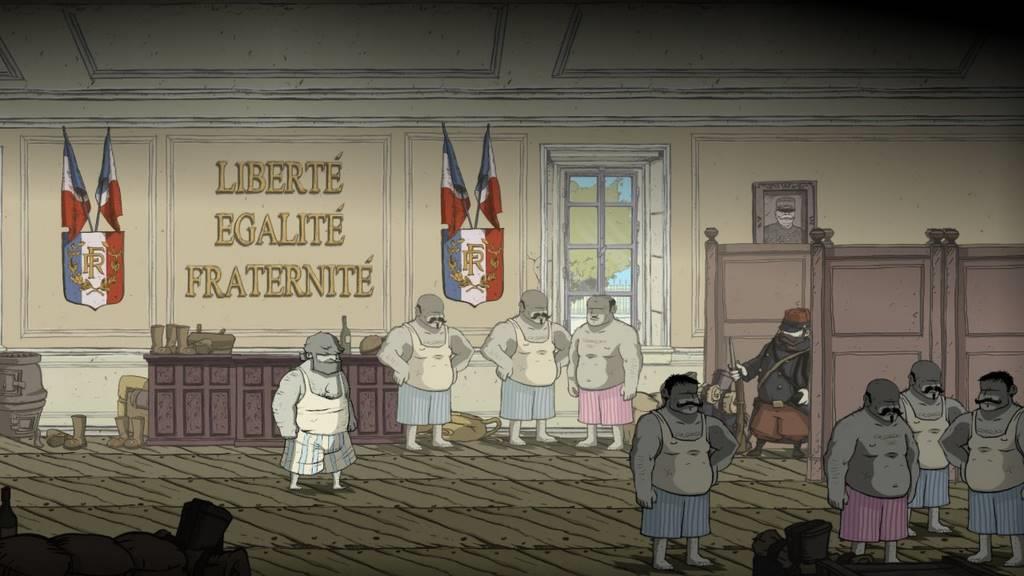 One of the most impressive things about Valiant Hearts are the visuals of the game. Under the UbiArt framework, Ubisoft Montpellier has fluid 2D visuals that rival some of their efforts like Child of Light and Rayman. There’s a very comic-book like feel to everything and everything looks really clean, the muted color palette brings a dour mood to the whole experience which feels appropriate given the context. The audio is pretty good, with decent voice acting and good audio, with the exception of the musical mini-game. The sound effects are too loud and drown out the music, and when elements of the challenge are tied to sound it makes some of them artificially more difficult than necessary.

Throughout the campaign there are plenty of collectable objects to find that give more context to what the soldiers experienced during the war. The objects range from everyday items we take for granted like watches, crucifixes, and compasses, but also showed some of the desperate measures soldiers took to survive, like using urine soaked cloth in order to survive the chlorine gas attacks, which the Germans deployed during the war. There’s also a comic dedicated to Walt and an art compendium with a fairly generous amount of art. And of course there’s the various facts about the war that become unlocked by completing the campaign, replete with images from the frontlines.

It doesn’t quite underscore the horrors of the war, but Valiant Hearts does a pretty good job of telling a great story while supplementing it with facts about a very harsh reality that occurred a hundred years ago. The puzzle styled gameplay doesn’t seem typical for this type of setting, but the gameplay is balanced in such a way that it works. There are instant-death mechanics, which totally makes sense, but also a generous hint system so I never felt like I was trapped in a certain situation. I finally got a chance to see why this was such a media darling, and given the accolades it picked up over the years, I’m glad I finally sat down to experience this one, on the go with the Switch, or while getting to wind down for the night whether in portable or docked mode, now is the time to try Valiant Hearts if you missed it before.

Playing Valiant Hearts now feels like a crime, but being on the Switch is a boon for this wartime marvel. In a past life I worked with Interplay, EA, Harmonix, Konami, and a number of other developers. Now I'm working for a record label, a small arm of casual games in a media company along with Gaming Nexus, and anywhere else that sees fit to employ me.