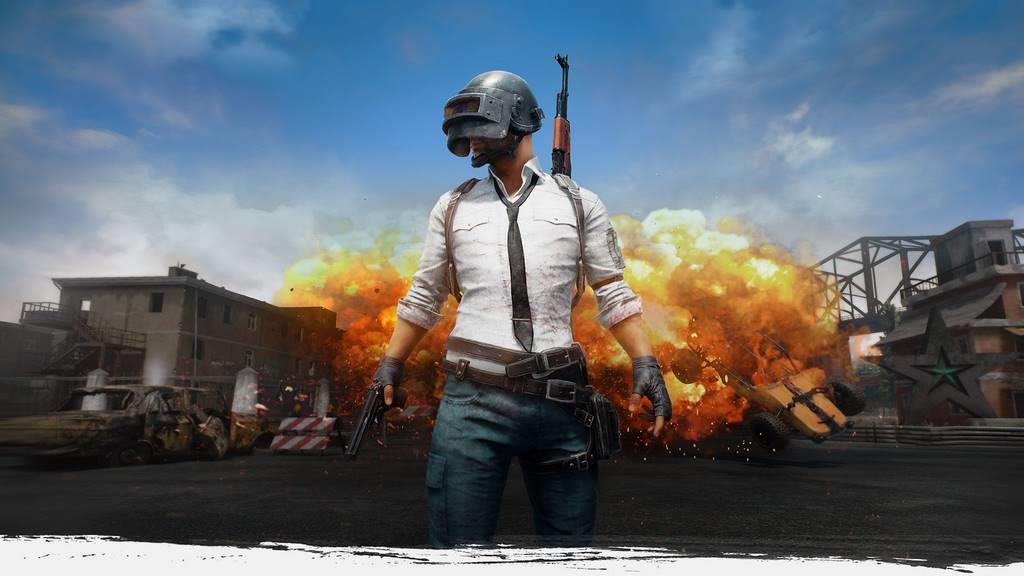 Written by Nathan Carter on 2/2/2018 for XBO
More On: PlayerUnknown's Battlegrounds

[Note: This game was previewed on Xbox One S.]

You have definitely heard of PlayerUnknown's Battlegrounds(PUBG). PUBG is a game that drops 100 players onto a giant island and they have to battle it out until there is only one person left. Pretty much it's Battle Royale, Running Man, Hunger Games, etc. You get the idea. PUBG took the world by storm in 2017 putting up record numbers on Steam, Twitch, you name it. It was almost impossible to escape this game as it was everywhere. The game was such a hit it was even nominated for "Game of the Year" by The Game Awards despite the fact that the game technically wasn't even released yet. That's just how huge this game was. Well, the PC version is officially out of early access but the developers aren't stopping at just PC. They want to get everyone in on the fun and the game is now available on Xbox One. However, the Xbox One version is still in early access. Very early access.

PUBG on Xbox One is almost identical to the PC version. You start off by creating a character, male or female, then entering the game lobby. You and the other players loading into the match get about 60 seconds or so to screw around before you are all placed in a giant airplane and have to parachute out to your chosen destination. The island you fight on is absolutely gigantic and it is filled with houses, factories, and huge buildings, which is usually a smart place to land since you start off with nothing. You need to quickly enter buildings and scavenge as much equipment as you can. The most important things to find immediately are weapons and ammo because there is a good chance that even with the huge maps, other players landed next to you or around you, so you need those weapons to take them out. Other important items you need to be on the lookout for are bandages, energy drinks, armored vests, helmets, and weapon parts like scopes or gun stocks.

If you have survived up to this point, congratulations. Many others have not. You will probably notice the "players alive" counter slowly dwindling down as the match goes on. Like I mentioned before, the goal is simple: Be the last player standing. Now you need to start paying attention to your surroundings as bullets can start flying from any direction at this point, especially if you need to run through open fields to get to the next set of houses to get more loot. This is one of those games where you will lose a lot because of cheap deaths. Whether it's someone sniping you from across the map, bleeding out because you were being shot from God knows where, or because the game simply glitched out and killed you just because.

Luck plays a big part as well. You hope that when you first land on the map, you are in or near the next play area. At different intervals during the match, the play area will get smaller as a giant circle will close in on a certain section of the map. If you are caught outside the circle, you will start taking damage quickly until you die. The play area gets smaller as the match goes on in order to bring everyone still alive together. Most of my deaths always come at this time when I need to make my move across the map to the newest zone. Like I said, the main objective is to win, so if you are lucky enough to start in the play area and not have to worry about making it to the next area, you can essentially just camp in the bathroom of a house and wait there until you are forced to move. I made it to fifth place one time, literally, by hiding in a house the entire game. 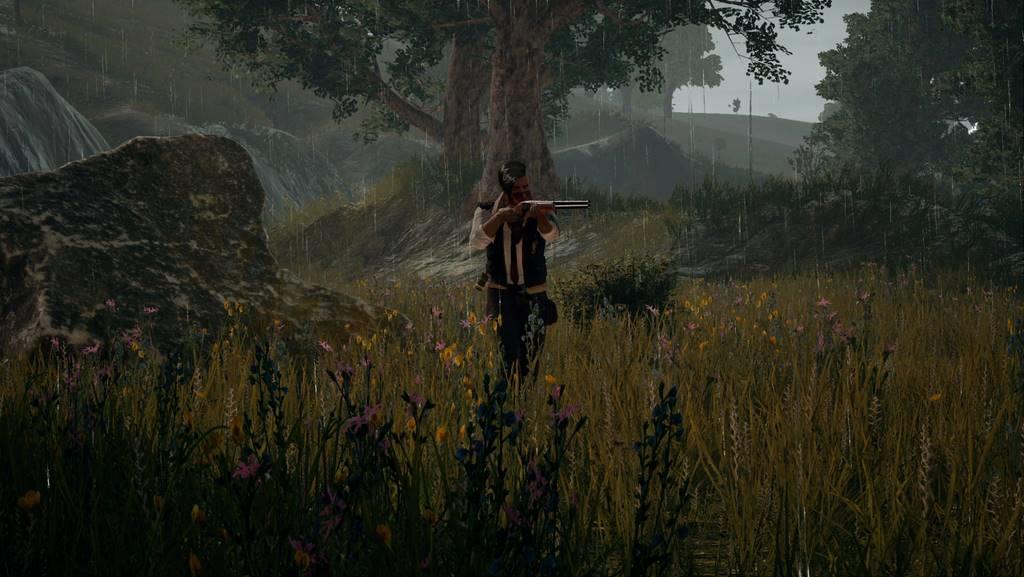 Now you can choose to just hang out in a single area if you want, but it will affect your post-game credit earnings, as you get more credits for how many people you kill and how long you stay alive. These credits can be used to spend on loot boxes. Oh yes, those lovely boxes that tons of games have now. Thankfully the boxes contain only cosmetic items that you can equip on your character before going into battle.

PUBG isn't just a single-player experience. There are additional game modes, including the ability to duo queue and play in teams of two. And there is a squad mode where you can try to survive in groups of up to four. If you are feeling extremely lucky, you can try the one-man squad mode which drops you into a match solo against other players that may be in teams of up to four other players. It should also be noted that the biggest difference between the Xbox version and the PC version is that on PC, you can only play in first-person mode in specific first-person mode queues. On Xbox, you can swap between third- and first-person view at any time. 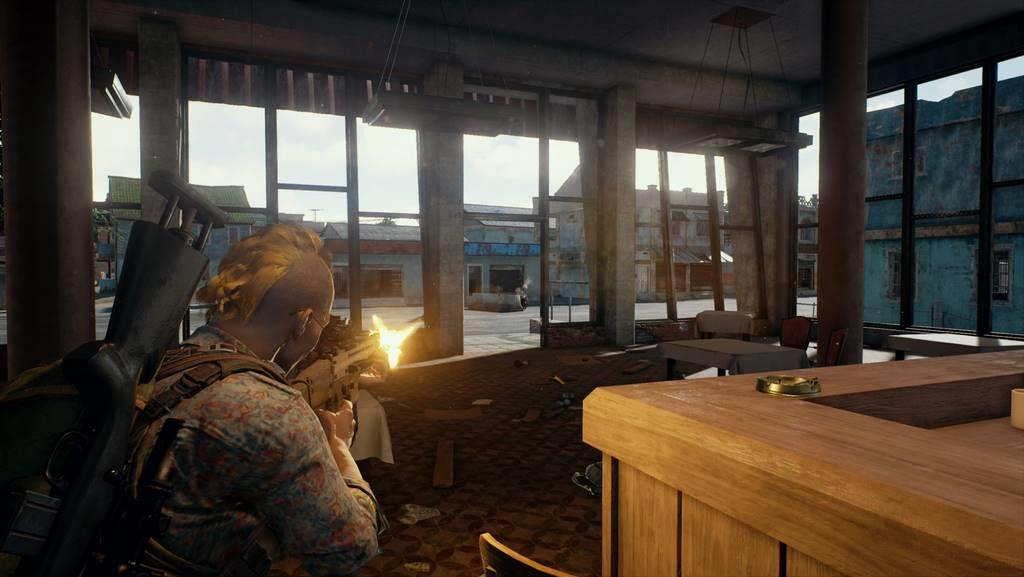 Now as I mentioned before, this game is in early access and, oh boy, it truly is early access because this game clearly isn't ready—at all—to be released. The first big problem is with the frame rate. It is atrocious, sometimes dipping to points where it feels like a slideshow. In a game where life and death can happen within seconds, this is a huge problem. The other big problem is with various graphical glitches. It can take up to 20 or 30 seconds for all of the textures to load in, so sometimes when you release your parachute, you will be running into a bunch of invisible walls as you try to maneuver around a muddy, horrible-looking environment. There are also numerous bugs and glitches, such as the game just deciding to kill you randomly because you glitched off a rooftop, or because the car you were driving clipped a tiny rock and flipped over and crushed you.

Of course this is early access. There is plenty of time for most of these issues to be fixed. When they do get fixed, Xbox players will understand why this game has become one of the biggest sensations in the industry. It's simple but challenging and it's something that anyone can pick up and play. There is also tons replay value. The developers were smart by letting you instantly quit out of a match as soon as you die and quickly get into a new one. Early access issues aside, it's still the same fun and exciting game that many PC players have enjoyed for the past year.