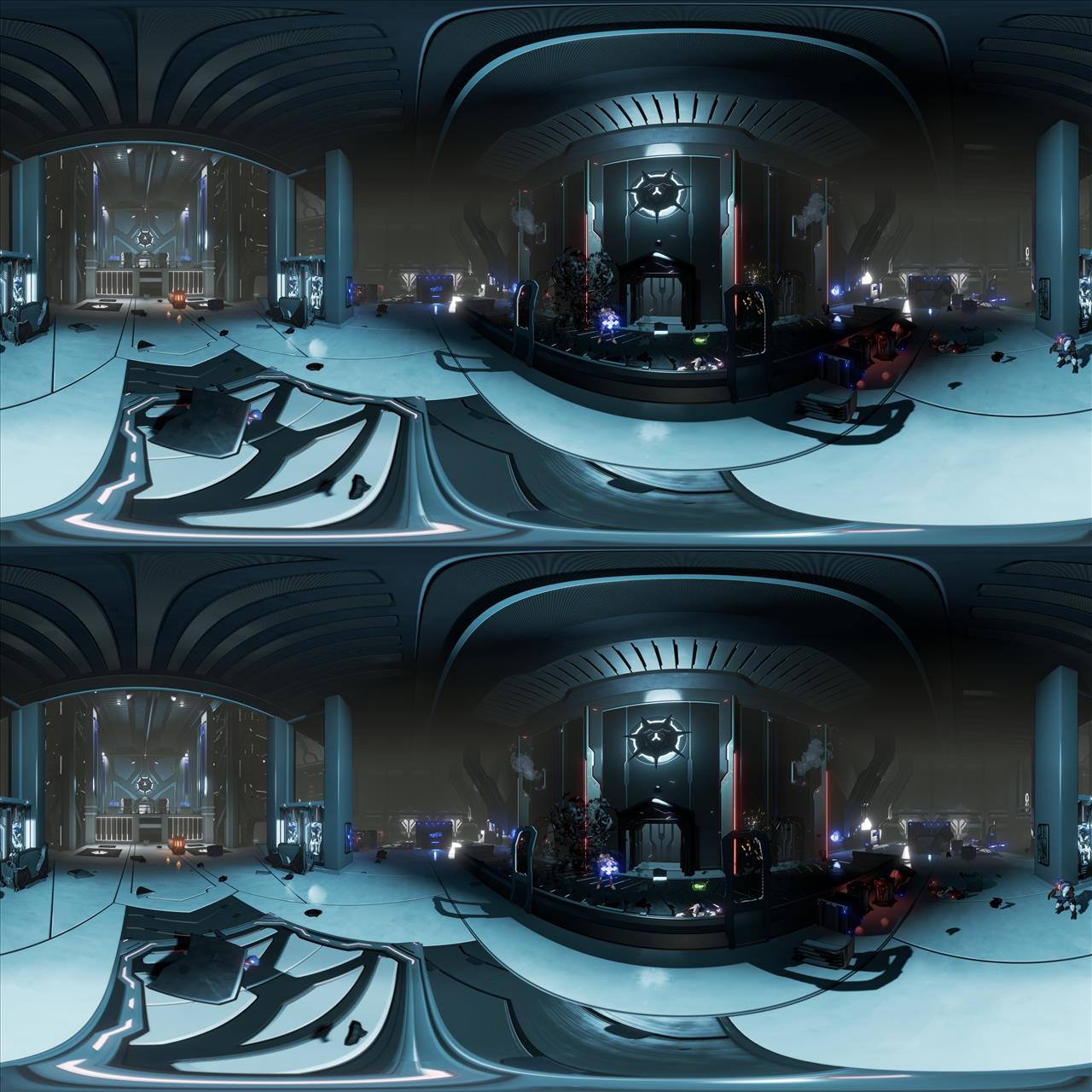 If you own a NVIDIA card, you got a plethora of nice features on hand all for free. Today I’m going to focus on two, one that’s kinda of new and one not so new.

Ansel has been around for a while and it’s a great way to capture some awesome screenshots. Whether you want to do some simple screen grabs, capture that perfect scene at any angle, produce a 360 degree 3D picture, or just create an awesome looking wallpaper that can’t be done through normal gameplay, Ansel is the answer.

For games that support this feature, just hit Alt-F2 and the entire game will freeze. A menu on the left will show you some of the special effects you can add to the screenshot as well as let you select which type of screenshot you want to take.

With the game frozen, you’re free to move the camera about without restrictions. Use your imagination and you can create some really incredible looking screenshots in games like The Witcher III, Mass Effect: Andromeda, Agents of Mayhem, Watch Dogs 2, and Middle Earth: Shadow of War to name a few.

Having a VR headset in the HT Vive, I’ve taken to using Andel to capture 3D 360 pictures to view in the headset as well as use as a background in the waiting room. All this can be done pretty damn easily and you can adjust to how big or small the pictures are in terms of resolution.

If you don't have a VR headset and want to view 360 pictures, you might have an Android phone that's capable. NVIDIA puts out an app that will let those with Google Cardboard enabled phones to easily view the pictures you create.

Check out these pictures I took in Mass Effect: Andromeda and Agents of Mayhem. The top is a 360 3D picture, which generates a top and bottom image that gets merged with a VR headset or Google Cardboard application. More pictures using the Ansel process are in the article at the bottom. Without Ansel, it would be very, very tough to get these types of shots with some being impossible without hacking the game. 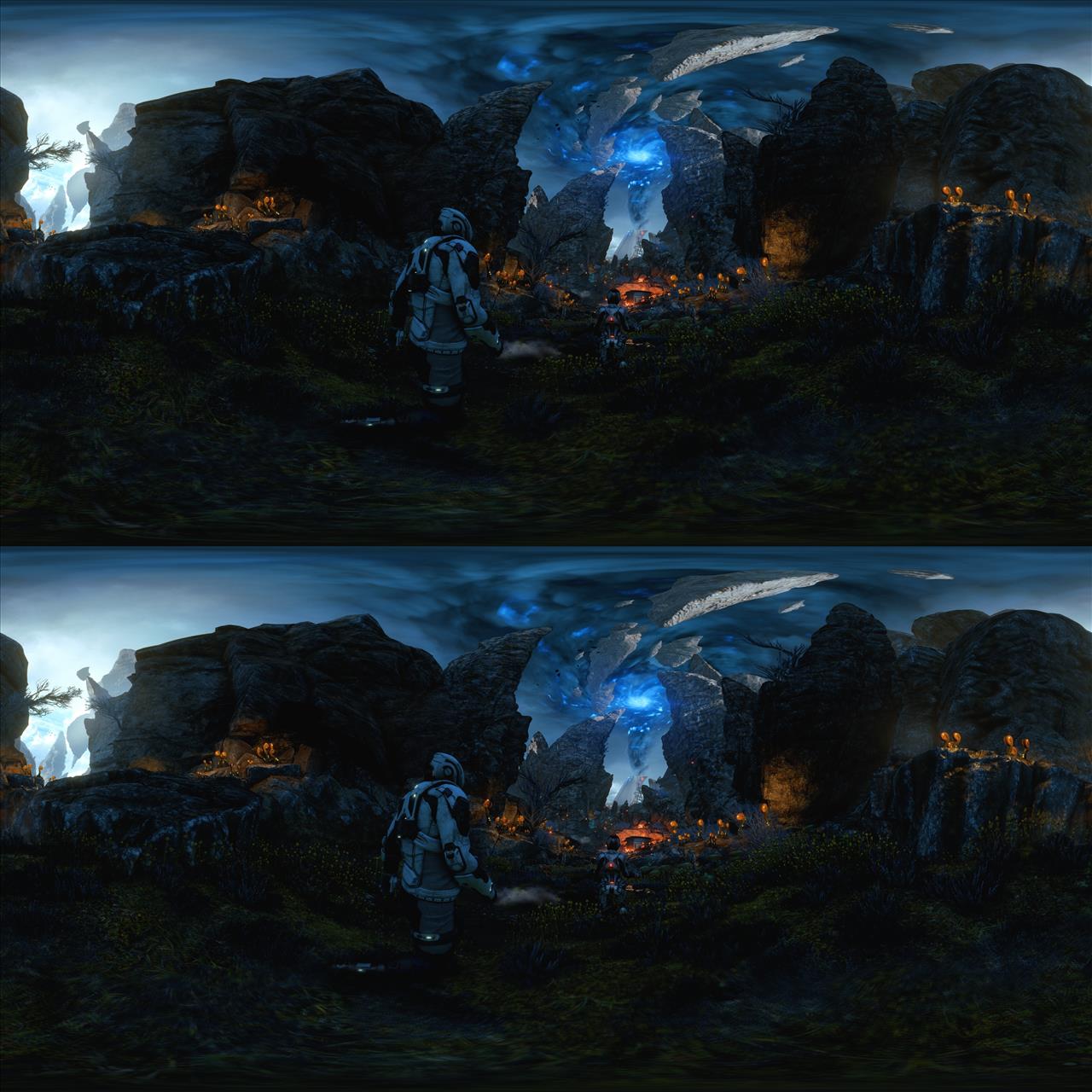 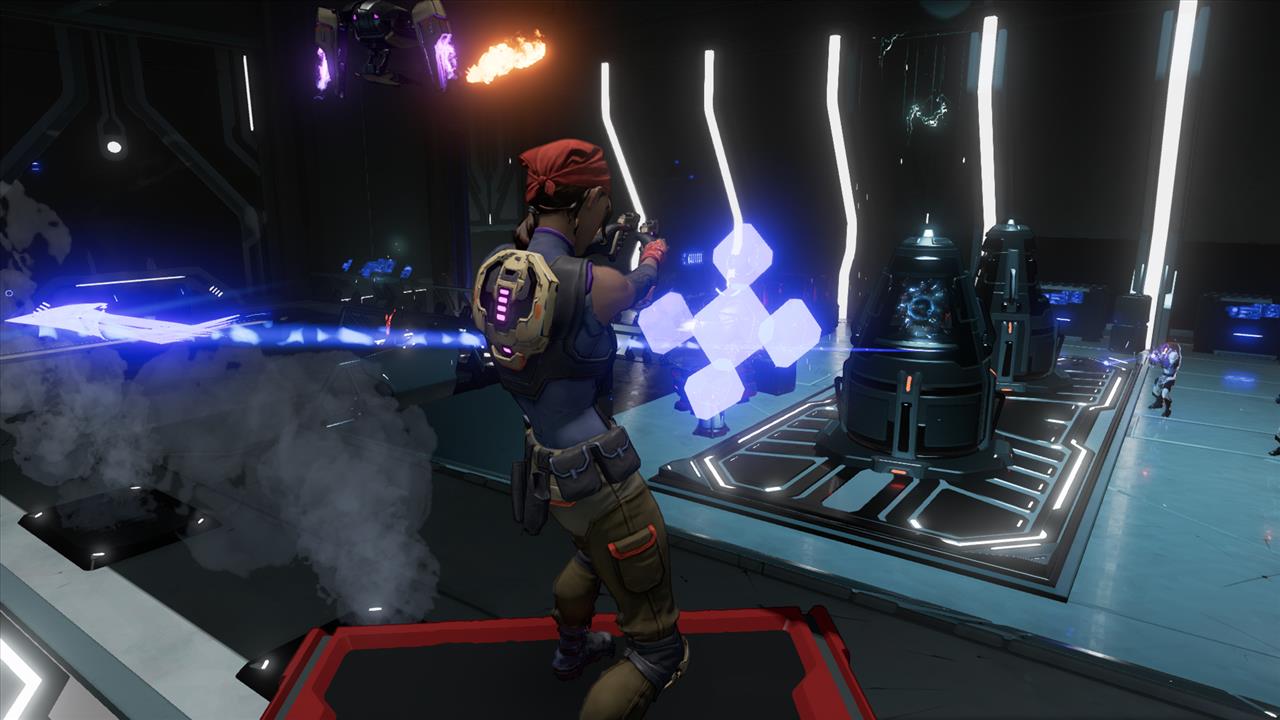 That’s nice for screenshots, but what about capturing those exciting moments in the game. GeForce Experience has some tools to help you such as constantly recording X amount of your gaming time, streaming, or just plain recording your gameplay to your hard drive. But what if you would love to capture those really cool gaming moments without having to think about it too much? That’s what ShadowPlay Highlights are for.

ShadowPlay Highlights can be used to automatically take a video or a screenshot of something memorable. Now, Highlights is a little different in that it allows developers of a game to program in certain situations that it will record and save off. It’s not something that’s automatically done and it’s something that has to be built into a game. That's the downside is that developers have to put in the hooks needed for ShadowPlay Hightlights to work. But if Battlegrounds is any indication, it does make it a lot easier to create highlight videos without any interaction.

Currently, two game supports ShadowPlay Highlights. LawBreakers and the uber popular Player Unknown’s Battlegrounds are two titles that let you use this feature. Setting it up was pretty damn simple as you just have to select a menu option to activate it.

Doing so, certain events will trigger a save to the hard drive. I played Battlegrounds with ShadowPlay Highlights to see how it worked. During times where I was killed or revived, ShadowPlay Highlights automatically saved a small clip of the event happening. It does a good job in capturing a few seconds before the event and a few seconds after producing a very nice highlight that’s the same view as you would see on your screen. Below are a few events in my playthroughs of Battlegrounds and I had no hand in deciding when the clips were cut to produce them.

After capturing, you can easily transfer them to a place like YouTube should you have your account linked. It’s pretty damn simple and I can’t wait for more games to have ShadowPlay Highlights built into it for easy highlight capturing.

Both of these features, as I said, are easily accessible for those with compatible NVIDIA cards and it doesn’t cost you a dime. Support continues to pour in for the Ansel and ShadowPlay Highlights with new titles being added constantly. These are two great tools that you should really take advantage of if you have a NVIDIA card on hand.

I'd like to thank NVIDIA for providing the video card as well as the titles on hand that I used to test these two features.