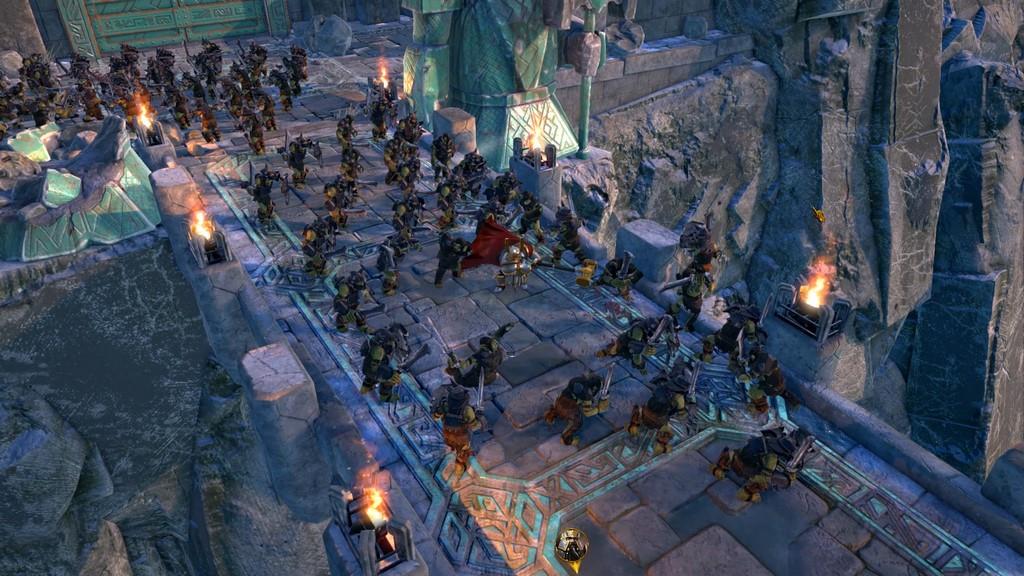 I went from excited about The Dwarves to dreading The Dwarves in mere minutes. It begins with a flashback atop a city built into a mountain, a horde of Orcs at the gates and a noble few Dwarves standing fast in defense of the city. In a short, artistic cutscene, you’re given the rundown of the world you’ve just entered, followed by an absurdly long load screen. But that doesn’t matter, because your character is positioned on a ledge above the fray, and your first objective in the game is to launch yourself from the ledge into the midst of battle, sending Orcs flying in every direction. I plunged down, the Orcs indeed went flying, and then the combat started. Shortly after, I began to dread playing The Dwarves.

Before I get into the many things The Dwarves does wrong, I want to talk about the things it does well. The game is based on a book series, so it should come as no surprise that the story, and particularly the characters, are very well written and well realized. All the characters are very well acted as well, particularly the main character Tungdil. The cutscenes, though fewer and farther between than I would have liked, are very well rendered and gorgeously animated. While traveling the overworld, you will happen across some random encounters that play out like Dungeons & Dragons scenarios, and those were probably my favorite part of the game. You are given a few dialogue choices, and usually whatever you decide will have some effect down the road. They rarely affect the story in any notable way, but they are fun nonetheless.

Unfortunately, the reason these dialogue-based side quests are my favorite is because they don’t involve any of The Dwarves god awful gameplay, because this game plays terribly. The combat is like a cross between a MOBA and a Dragon Age-type, squad based action RPG, except it’s bad all the way around. Your characters automatically attack enemies when they are within range, but the auto attacks are incredibly weak. Dealing damage is entirely reliant on your special abilities, which you need action points to use. Action points are gained through combat, so often times you’ll just sit in front of your TV waiting for your characters to get enough points to use an ability. 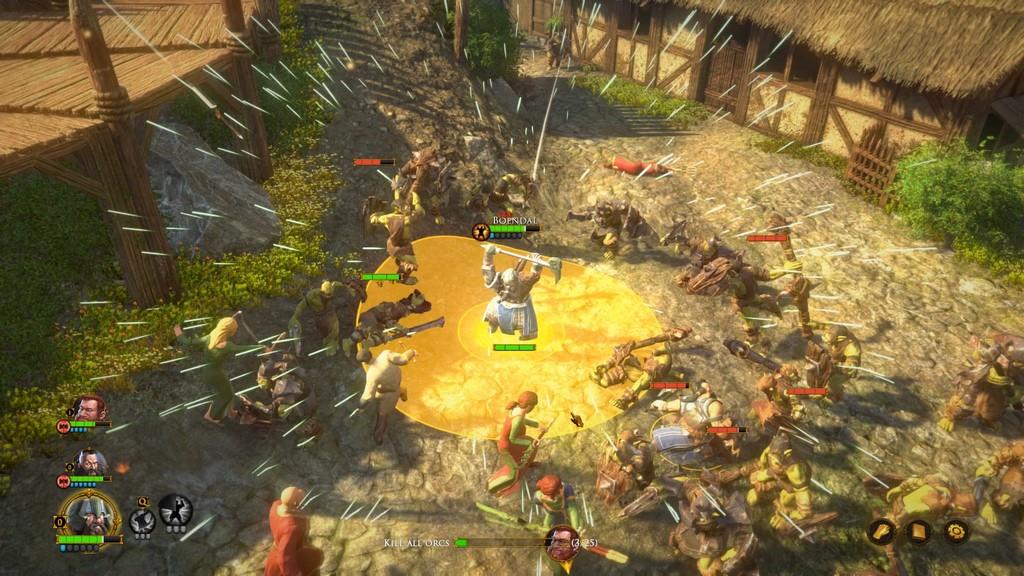 Also, I use the term “squad based” loosely, because there practically isn’t any squadmate AI. They just sit around like stumps on a log until you tell them what to do. It’s exhausting and frustrating to have to manually, individually move each of your characters towards the battle at the beginning of each encounter. If enemies get close enough, your squadmates will engage, but they have to get really close for that to happen, and it almost never does.

Then, once the combat begins, the game’s weirdly intense difficulty means that you have to babysit your brain dead squad the entire fight. I don’t know why this game is so hard. It will present you with insane numerical disadvantages, stupid objectives that are more annoying than challenging to complete, all while trying to make sure everyone isn’t standing around, drooling and staring off into space. The Dwarves is yet another game that doesn’t understand the distinction between difficulty and challenge, and most combat encounters are just boring, frustrating slogs because of it.

Despite the beautiful cutscenes, the rest of the game is either ridiculously poorly optimized or rendered. There’s an absurd amount of low frame rate moments throughout the entire game, often only alleviated when you find yourself in a small, contained area. The poor performance is one of the main issues of this game, and I don’t really understand why it’s so bad, because nothing in the game seems like it should be terribly demanding. Yes, the cutscenes are very pretty, but the rest of the game is nothing so great that it should slow down the Xbox. Also, with regards to performance, the load screens take forever in this game, and once again, I have no idea what is taking so long. If you decide to play The Dwarves, keep your phone or tablet nearby. I spent a lot of time on Reddit waiting for the game to load. 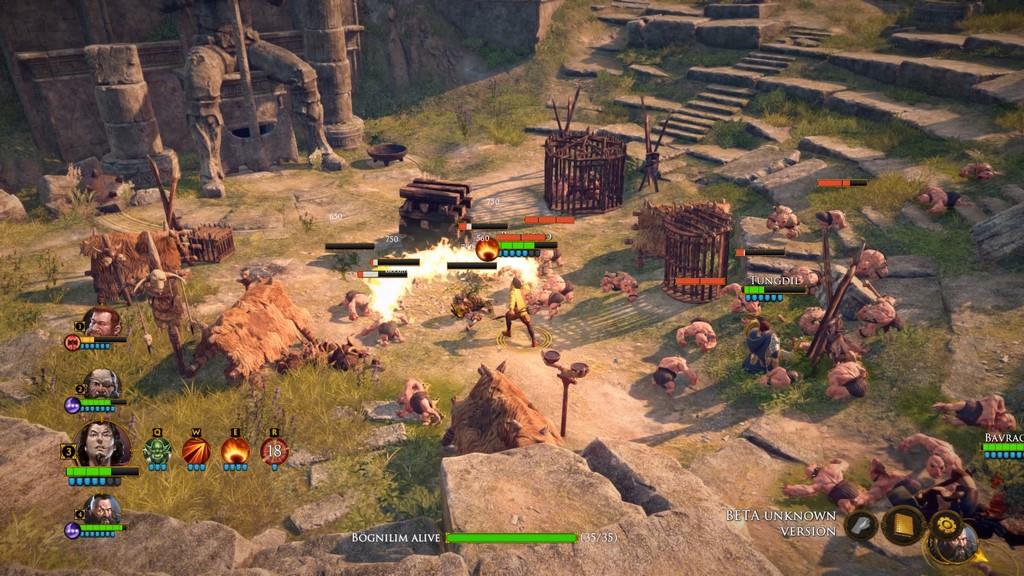 While the great story does keep the game afloat as best it can, even it also tends to skew into the generic. The Dwarves is full of just about every fantasy trope you can name. Dwarves with Scottish accents? Check. Nerdy hero who learns to be brave? Check. Incredibly obvious bad guy? Check. Zombies, elves, cities of stone, European looking countryside, Orcs, racism against different fantasy species? Check to all. While some fantasy series take the tropes of the genre and turn them on their head, like The Witcher, The Dwarves embraces them with open arms. That’s not necessarily a bad thing, but it does seem like a shame that a game held aloft solely by its story isn’t a little more original, regardless of how well written it is.

In summation, The Dwarves is no fun to play. The best parts of the game are the parts that allow you to just sit back and either watch a cutscene or participate in conversations, and at that point, one begins to wonder what the point of playing is. Since the story is the main draw, perhaps you should elect to just read the source material instead.

A good story with good cinematics held captive by terrible performance and bad gameplay. There are some good narrative moments in The Dwarves, but they aren't worth suffering through the game. Just read the book its based on.