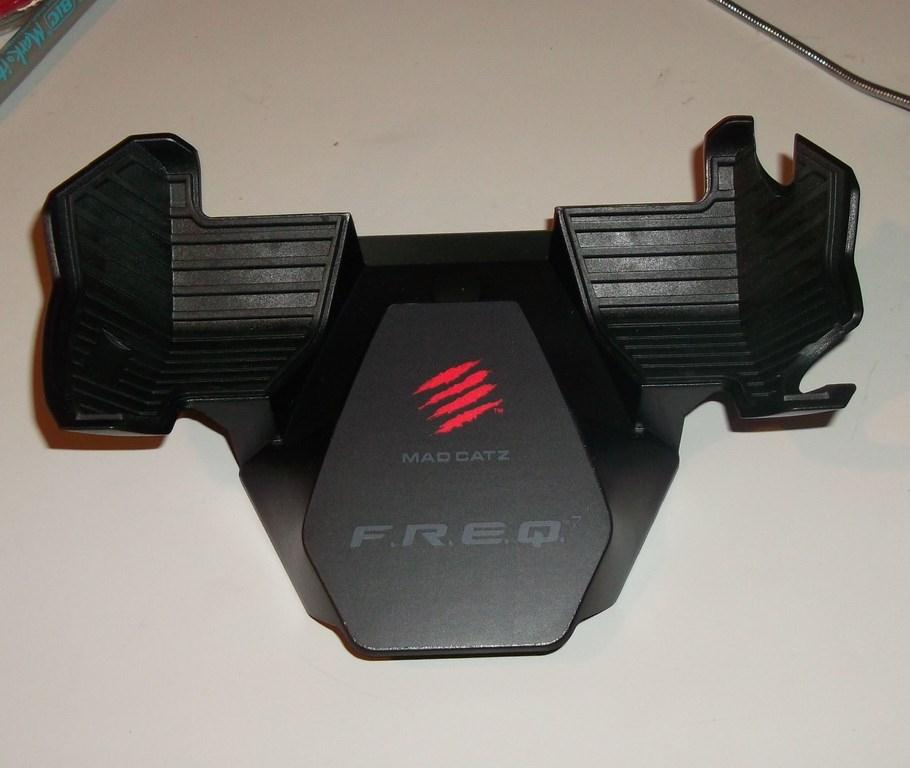 Written by Jeremy Duff on 3/27/2013 for PC
More On: F.R.E.Q. 7
After reviewing the oh-so-lovely Tritton Warhead last year, it was clear to me that I had found my headset of choice for my console-gaming life. If only I could find a similar experience for PC gaming. I have seen my fair share of quality headsets for the computer, but I wanted something similar to the joyous experience that the Warhead brought. It seems as though I have found my solution in the form of the F.R.E.Q. 7!

The F.R.E.Q. 7 is a new Mad Catz branded headset for the PC. Although designed to get the most out of the PC environment, it is also compatible with any device that sports a 3.5mm jack. Physically speaking, the headset is as gorgeous as it is comfortable. This is a very sturdy piece of hardware, enough that I first feared how it would feel on top of my head. It feels like a brick when you first pick it up. Luckily, the sturdiness is only noticeable in terms of its construction and not it’s comfort. The thick padded connector between the headsets really does a good job at eliminating the pressure of the set’s weight and it forms nicely to your head. 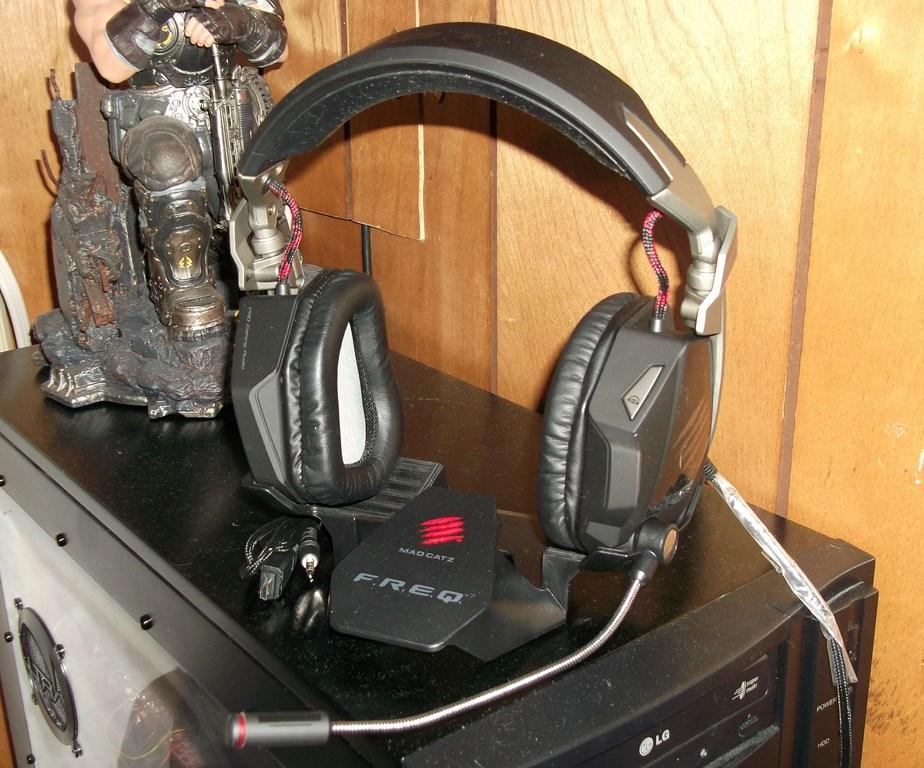 The ear cups are also incredibly comfortable. They utilize a very large, over the ear design which helps both keep the wanted sound in and unwanted sound out. They have a nice, thick padding on them to which eliminates any feel of pressure on your actual ears, which is something that helps in extended gaming sessions. It is also worth noting on the aesthetic side of things that the package includes its own stand for storage. While you won’t get much use out of this if you use them on the go, it does wonders at eliminating clutter in your desk space by offering a dedicated and convenient storage option.

There are two options for connection thanks to a swappable cable. The headset supports both USB and 3.5mm connections; the USB connection is nearly 6 feet long while the 3.5 mm is about half of that. The cords can be swapped in a matter of seconds, just like the tear-away cords on wired Xbox 360 controllers. It is important to note that the 7.1 surround support is software driven, which is why the USB connection is necessary. You need to be using that connection, in conjunction with the official Cyborg F.R.E.Q. 7 software suite, in order to get the full benefit out of these headphones.

As a result, it is worth noting that this isn’t pure 7.1 surround but rather virtual via expansion of the 5.1 signal. It still sounds absolutely amazing, especially when you are playing games that really take advantage of the enhanced sound such as Battlefield 3 or Black Ops 2. If you are utilizing the 3.5 mm connection, you will be limited to stereo audio, but that isn’t necessarily a bad thing. Even the stereo performance of the F.R.E.Q. 7 sounds absolutely amazing. This may be the best sounding stereo headset that I have ever used; I have no qualms about using this on all of my portable devices when I am around the house. I am not too keen on taking them on the road however due to their larger size; for those trips I will defer back to my Tritton Kunais. 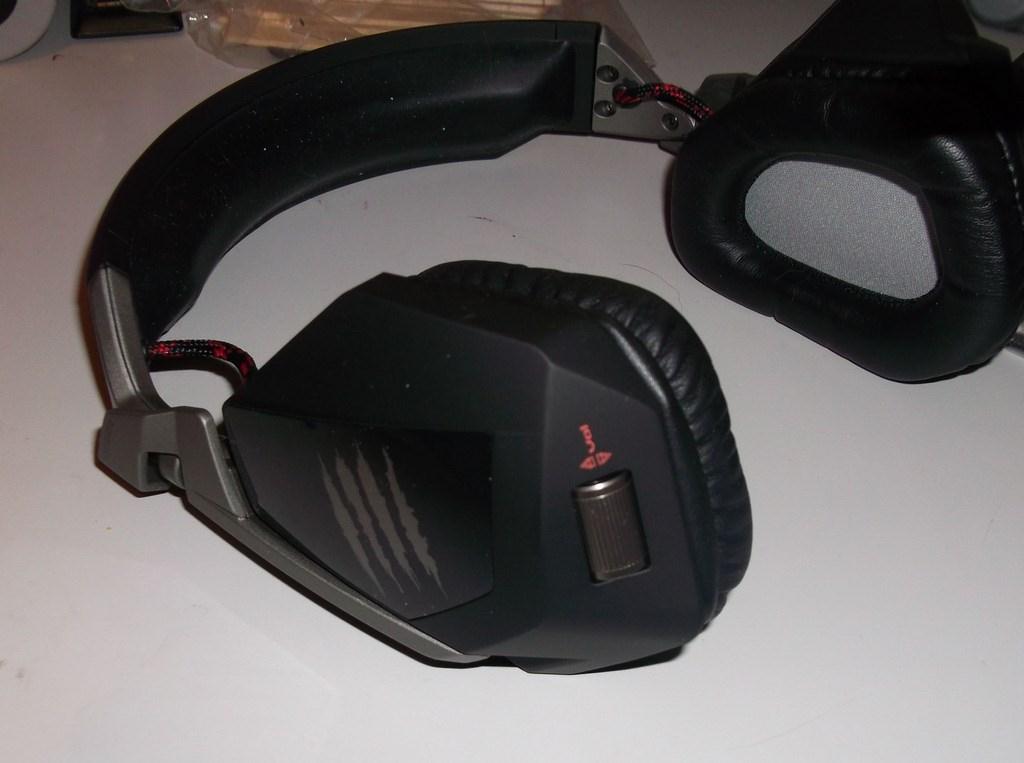 The USB connection also powers up the microphone support of the headset as well as the on-ear volume adjustment. There is a very high quality, removable noise-canceling microphone on the left ear cup and a rolling volume control on the right. You can take the mic on and off as you see fit as it snaps into place with a simple 3.5mm connection. It is extremely flexible and can be positioned however you see fit with ease. The tip of it even features a red LED light that lights up when you mute your chat function so that you can tell when you are / aren’t muted.

The volume control does leave a little bit to be desired. It consists of a large, rolling bar (of sorts) that is incredibly loose. Granted, it is very easy to find without having to look at what you are doing but it is also easy to adjust inadvertently if you are reaching near the controls. This could happen if you are adjusting your ear cups or doing anything near the right cup.

Performance wise, as I said above, I have absolutely zero complaints with the F.R.E.Q. 7. They are incredible, both in their performance and their physical comfort. The problem that exists with the headset is the fact that its advanced features require the software suite on the PC.  While there are three EQ settings, they have to be accessed through the software rather than directly on the headset like other offerings do. There is no changing things up on the fly; you will have to access the software control panel in order to make any changes aside from switching between surround and stereo support. 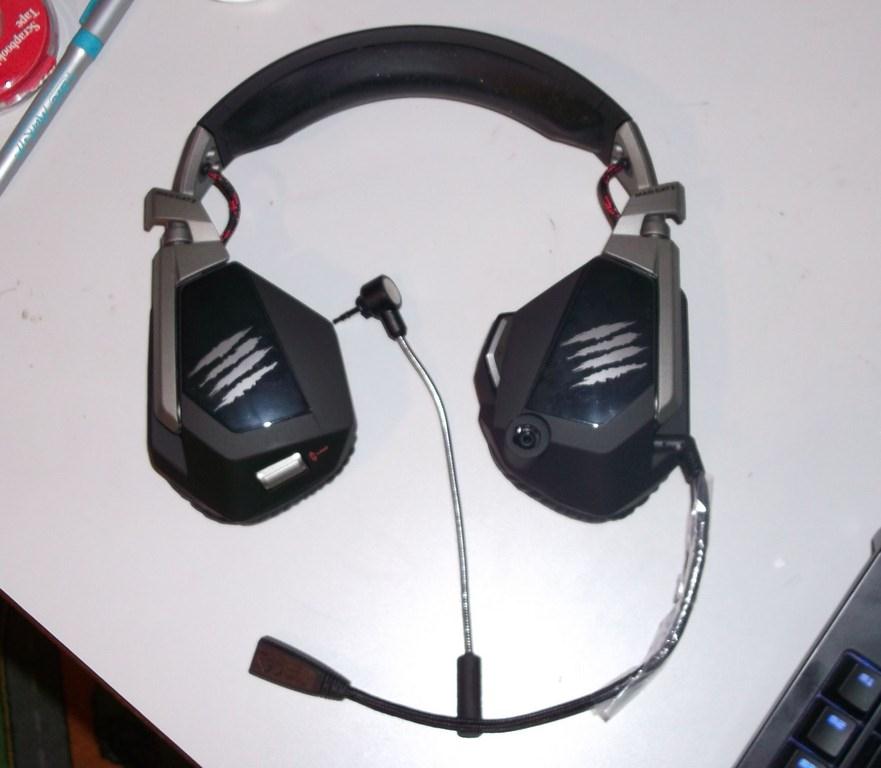 Because of this, the F.R.E.Q. 7 isn’t exactly a plug and play device. Sure, you can plug it right in and get rolling almost immediately, but you won’t be able to get the most out of what it has to offer. In order to get that, including incredible surround sound support, you have to go to the website listed in the manual, download, and install the official drivers and software. The software itself is also very bar-bones. It really doesn’t give you access to anything that other devices have offered directly on the hardware.

Don’t let the software scare you away however, the performance of this headset speaks for its self. They offer great surround support, in terms of full 5,1 and expanded 7.1 capabilities, and the best stereo sound I have heard in a pair of headphones. While some people may look at the F.R.E.Q. 7 as a little bit on the expensive side, you have to consider the value added in their versatility. Although they are a bit large compared to most portable options, they are much smaller than most of the high-end headphones on the market. This makes them more portable than most others and that works for me personally.
The F.R.E.Q. 7 is a great headset and is officially my new go-to headset for my PC and mobile devices. While the 7.1 support is virtual and software driven, meaning only accessible on the PC, the quality of sound that comes from even the standard connection is awesome. It sounds great, feels great, and is more portable than most 7.1 compatible offerings. This would be almost perfect if it didn’t rely on the software as much as it does.