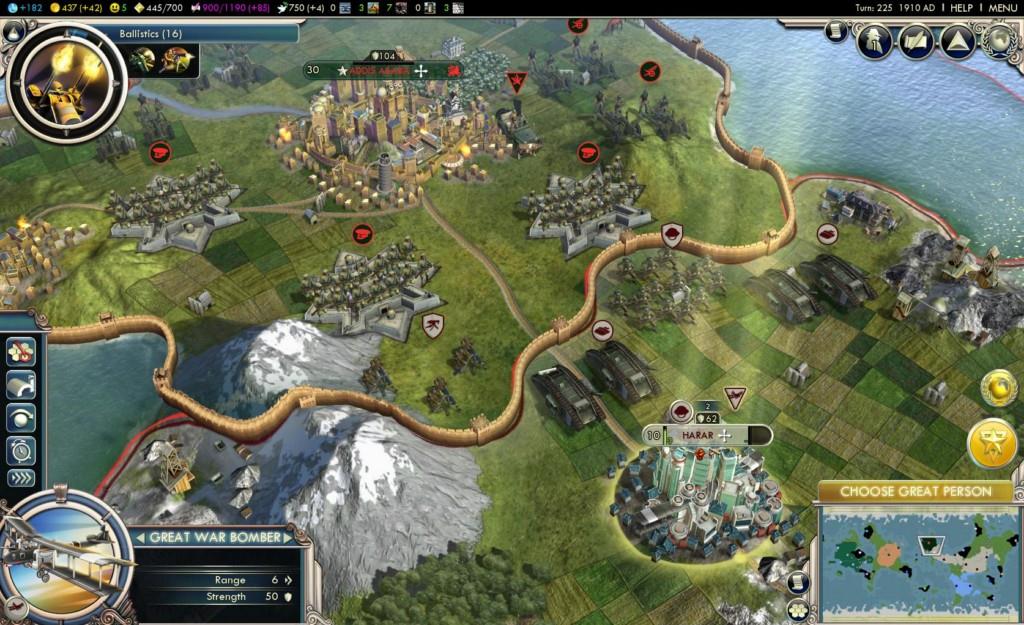 Written by Randy Kalista on 8/9/2012 for PC
More On: Civilization V

A raccoon family snapped the branches of my champagne grape vine. An aloof line of tomcats sent my spayed indoor cat into regular hissy fits. The oh-wah-hoo call of mourning doves was often a prelude to streaks of white poo plopping down on my patio.

My house was unfenced, so these territorial violations were expected. These creatures were part and parcel to suburban life and I wasn’t in the business of running a medieval fiefdom. It was pleasant--quaint, even--to have a mowed/unmowed border between me and my neighbors. The only start-and-stop lines between our separate properties were higher and lower grass levels, depending on which one of us was lagging on mowing that week.

But then a Frisbee hit the side of my house. A semi-deflated football thumped against my garage the next day. A tennis ball bounced off the gutter the week after. I drew the line when a Wilson basketball nearly busted my bedroom window.

I stepped outside as a friendly show of force. I went out with an exasperated smile on my face, but a dog ran right at me, skid to a halt only a few feet away, and then hunched down, ears flattened, and growled.

“Haha, uhhh,” I said, about as nervous as I sounded. I noticed the basketball had teeth marks scraped into its dimpled skin. I rolled the basketball gingerly back towards the dog. The dog didn’t move.

“Sorry about that,” the teenage neighbor boys said. “Come here, Kujo. Come on!”

That night my wife and I drew up schematics over the dinner table. It was time to build a fence. We sketched a scale rendition of our yard and the neighbors’ yard. We drew a thick dotted line between the two. My wife and I looked at each other and nodded under the yellow light of our dining table.

According to the encyclopedia built into Sid Meier’s Civilization video games (the “Civilopedia” it’s called), building walls is an early technology for a player to acquire. Walls can be built in the ancient era, somewhere in the neighborhood of 4,000 BC. So why was it after 2,000 AD in the real world and I hadn’t exploited this seemingly simple technological advancement? When my house’s foundation was laid in 1984, whose bright idea was it to leave out a fence?

No longer, I said to myself. I scanned the Civilopedia for directions. It apparently cost “100 hammers” to build and “1 gold coin” to maintain. I didn’t know how that translated into real-world terms, but I understood perfectly the “5.0” it added to defense. 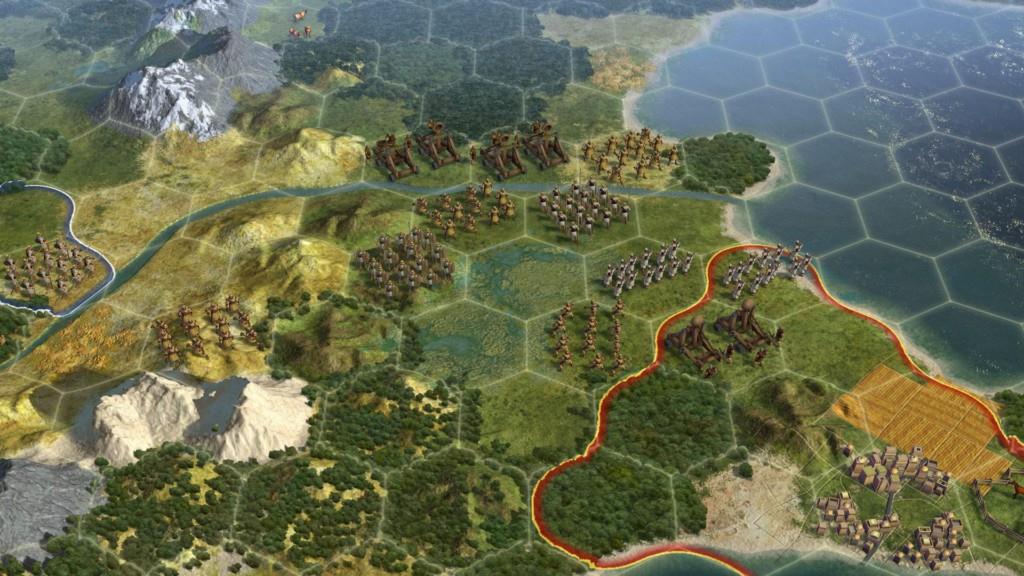 The local utility company showed up 48 hours after my phone call. They spray painted a neon dotted line between our property and the neighbors’. It looked exactly like my wife and I had drawn up. “Hey, guys,” I said when my neighbors answered the door. “Building a fence. Hope that’s, uh. Cool?” “Sure,” one of the teenage boys said. Kujo’s head was lodged between the boy’s knee and the door jam.

“Are we digging the postholes?” my wife asked me later that evening. I wanted to make myself explicitly clear: “I watched my dad dig postholes once. Screw that,” I said. A fence-building company showed up the next day. They dug postholes and set the posts in concrete. “Thanks,” I said, once they were done. “I watched my dad dig postholes once.” I thought this knowledge explained everything. “I’ll handle the slats, though,” I said. Again, I imagined this was somehow a huge relief for the posthole diggers. “Oh,” they said. Then they left. Another 48 hours went by and a delivery truck dropped off a palette of fence slats. My wife and I grabbed a box of screws, a power screwdriver, and commenced work.

“The fence looks great. Really good,” the boys next door said the next day. “Thanks,” I said. At least they weren’t taking it personally that I’d drawn a hard line between us. That short exchange, however, had been one of the longest and most civil conversations we’d had in our two years as neighbors. “We didn’t do the posts, though.” I felt the need to clarify that. “Oh,” the boys said. “Well, looks great. Really good.”

According to the Civilopedia, walls increase a city’s defense strength, making the city more difficult to capture. My addendum to that Civilopedia entry: decreases intrusion from roaming bands of raccoons, stray cats, and basketball-chewing dogs named after Stephen King novels. Lowe’s didn’t have provisions for creating a surface-to-air defense against mourning doves, so the poop-from-above would continue, but I think we were making marked improvements overall.

Architectural defense increased with each plank, to be sure, but my own defensiveness decreased at the exact same rate. I had expected my comfort zone to swell within my own borders, and that was happening, but I hadn’t expected the idea that building a fence would make me think, hey, maybe these boys next door weren’t so bad. They were just engaging in backyard sports after all. And they had a single mom. I’d never seen a dad come around. Their own home defense might be on the thin side. On that note, maybe Kujo was just doing his job, too. 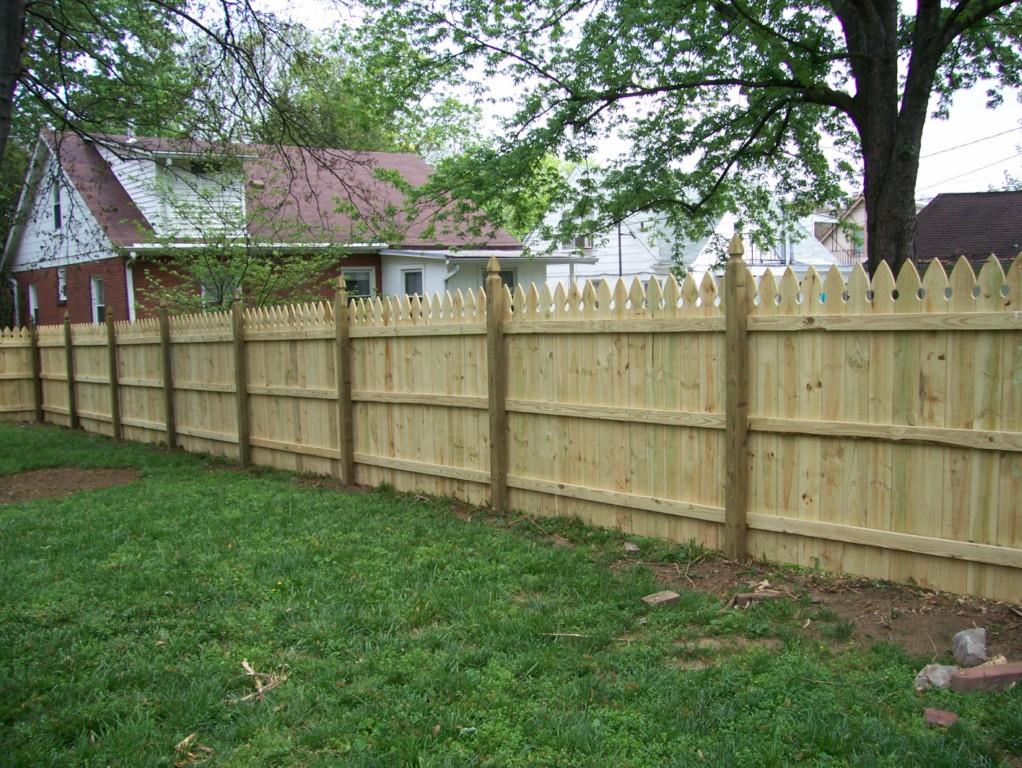 Months before the Great Fence Building Project of 2011, I’d seen those teenage boys crawl out of their bedroom window. One of them was holding a bong. They’d built a makeshift shelf just outside of their bedroom window whose sole purpose was to, apparently, hold the bong. The shelf’s odd location was perhaps a loophole in their mother’s keep-it-out-of-the-house rule, because she’d had to have seen the curious bong shelf when mowing the lawn.

I’d never said anything to their mom about the bong shelf. All I did was shut my windows whenever I noted the obvious difference in smell between fresh cut grass and marijuana wafting through the air. I think it was marijuana. Never did drugs. It appeared their juvenile delinquency had won out over my pharmacological naivety.

My tolerance was lower for those types of intrusions, though, and had led to the final decision of building a fence. Wild animals were one thing. Neighbors were another. So, all those months ago, I’d gradually stopped saying “Hi” to those boys and their mother. I’d made sure I didn’t check the mail at the same time as they did. I’d taken the trash and recycle bins out to the curb early each week, hoping I wouldn’t see them doing the same thing. It’s possible I acted like I hadn’t recognized them in the cereal aisle at Safeway--a couple times.

Nobody will hate you more than your own neighbor. And I was that guy. So it had definitely been time to draw the line, so to speak. The owners before me had survived without one, but not this failing neighborhood watchman. I had a brand new baby in my home, and Kujo hadn’t exactly gotten any friendlier during subsequent run-ins. Kujo had decided that my yard was his yard, and I’d done nothing to prove otherwise. But, as the Civilopedia clearly stated, “people have constructed defensive works…to keep their enemies away from their food, wealth, women, and children.”

I’m just glad that building a fence made me realize that my neighbors were no longer my enemies.