The beta for Override: Mech City Brawl was a lot of fun, but it was a barebones representation of what the final game would be like. I’ve wondered - in the time since the beta ended - what the single player content might contain. In the beta, there was little in the way of progression on display, or unlocking content, or anything of that nature. For the most part, players got a taste of the core arena brawling, and I spent most of my time with the beta bashing on my kids (and getting bashed) in the local multiplayer.

Developer Modus Games is shedding some light on the rest of the game today with the release of a new features trailer. New stuff that they are showing off includes The Garage – a space to customize your mech and equip new skins and accessories, and the new single player campaign – which sees players taking on other mechs and newly revealed alien enemies.

A breakdown of some game features:

The final release will be available on PlayStation 4, Xbox One and PC on December 4, 2018 (still on schedule, way to go!) in a $39.99 Super Charged Mega Edition (available physically in retail stores) and the $29.99 digital only Standard Edition. 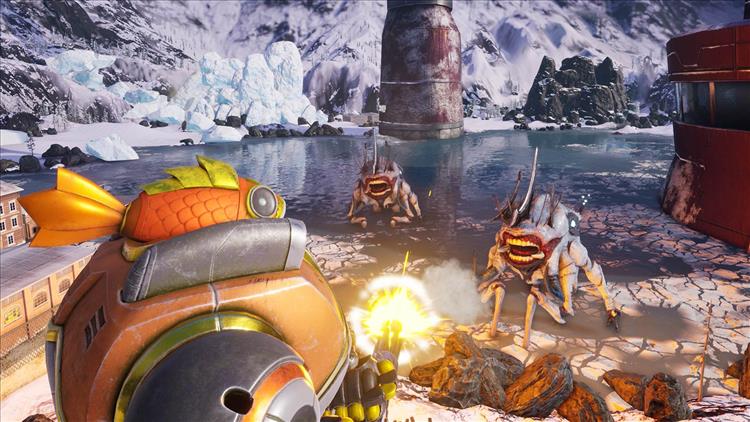